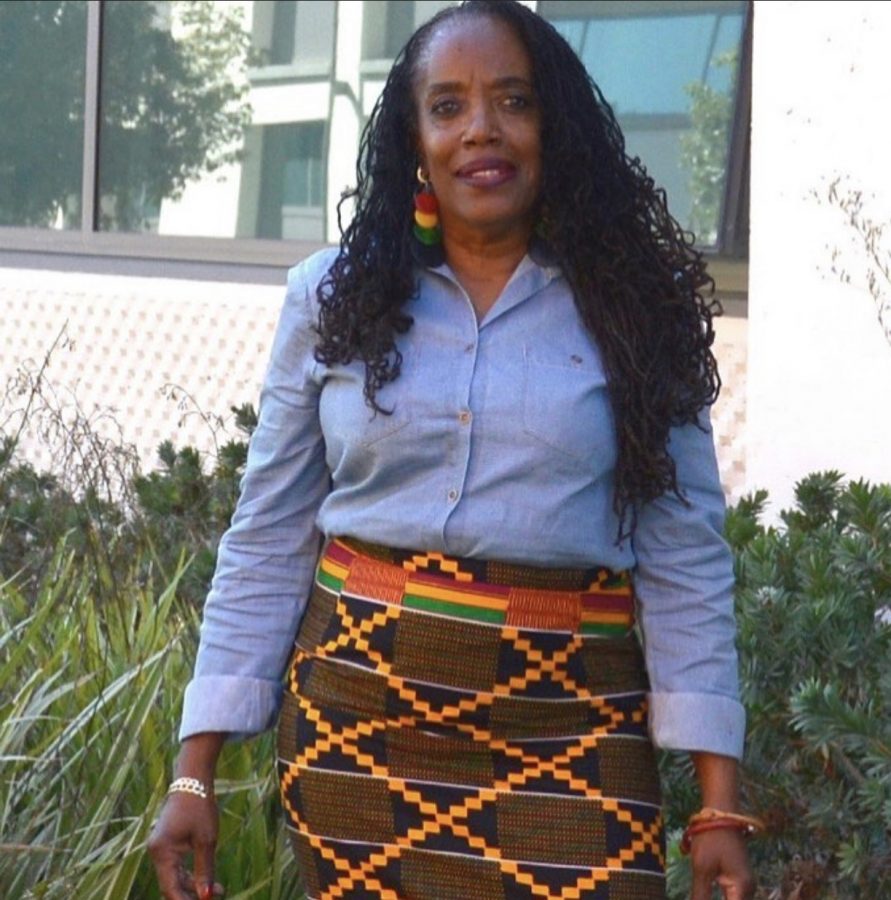 On June 2, Dr. Bonnie Reddick resigned from her positions as the Director of the Black Resource Center and as a San Diego State faculty member. Her resignation came as a shock to many of her students and colleagues; however, she said she resigned for her own mental health after years of battling with SDSU for programs, funding and support for the Black Resource Center.

“This time when I made the decision when they would not fund my summer program I didn’t tell anybody,” Reddick said. “I didn’t even tell my daughter which is unusual. I posted on Instagram and that is when everybody found out and it has been a relief.”

Reddick said she had planned to resign from her position last year but stayed for her students. In fact, she said she was trying to “hold on” until the university was back in person.

“I had been thinking about it for a while, I would say at least a year. In fact, I rendered my resignation before but I took it back because my students were like ‘don’t go, don’t go, don’t go.’ So I stayed and it got worse,” Reddick said.

Reddick said many of the difficulties she allegedly faced were due to the behaviors of her colleagues including Assistant Vice President for Community and Belonging, Jessica Nare and Vice President of Student Affairs and Campus Diversity, Dr. Luke Wood. She described these behaviors as problematic, personal and racist.

Reddick spoke specifically about the Black Scholars Summer Konnection program she had been planning over the past year which appeared to be the last straw for her resignation.

“Since last summer we have been developing a program where Black students could earn seven academic credits, they would take two Africana Studies classes, they would have a seminar class with BRC staff…we’ve been talking about this for a year,” Reddick said.

“I spoke directly to Luke Wood about the funding,” Reddick said. “He said, ‘No problem, I’m going to fund it. Send an email to Jessica Nare.’ Which I did. And she took days to respond. And when she did she said, ‘I am going to send this to Financial Aid to do an analysis.’ There is five weeks before second session starts…Financial Aid already did the analysis, she was playing games. So I told my staff I am canceling the program.”

Reddick said her students were depending on this program for credits and she thought it was best for those students to know as soon as possible if they needed to make other plans.

Reddick also said when it comes to her story, she would like to point people towards the work of Audre Lorde, who says anger is an appropriate response to racist attitudes.

“What often happens is Black women will get characterized as angry, as if that is a bad thing,” Reddick said.

After Dr. Reddick announced the program’s cancellation, and later her resignation, the university proceeded to revamp Black Scholars Summer Konnection.

Reddick said many departments at SDSU were supportive of the program, including Africana Studies, the College of Arts and Letters, Financial Aid and Enrollment Services.

Africana Studies professor Dr. Asida Alkebulan said his department played a large role in the summer program Reddick was developing. He will continue to be a part of the program, according to the SDSU News Center update.

“My department was very much involved in the summer bridge program,” Alkebulan said. “In fact we had been working with the BRC and HGS program since October. So Africana Studies, we were providing two courses that the Bridge students would be enrolled in. So we were very much involved and looking forward to it and contributing to it in that way.”

He said he was shocked to learn about Dr. Reddick canceling the program and her resignation.

“I was surprised with the resignation,” Alkebulan said. “I didn’t see that coming. Just the day before her resignation, she canceled the inaugural Summer Bridge Program.”

Alkebulan said he reached out to Wood when he learned about the program being canceled. He said Wood seemed “confused from it all.” He also said the narrative that was being presented about Wood and the summer program did not match the actual situation.

Professor of Postsecondary Education and Co-Director of the Community College Equity Assessment Lab, Frank Harris III said he was sad to see Dr. Reddick resign but was disheartened by the public conflict between colleagues.

“I was surprised and I was sad, sad to see,” Harris said. “Because everything I have experienced with her has been positive to be honest. And so the real thing for me was to see it play out in such a public way was really disheartening.”

Harris said it is never good to see colleague disputes play out on social media and wanted to offer a perspective for the university to be viewed in a more positive light.

“The videos were shared with me,” Harris said. “And I heard some things about Dr. Wood that was, I would say not aligning with my experience in working with him. I will say this when it comes to supporting Black students and Black educators, I’ve never met someone more committed than Dr. Wood.”

In one of Reddick’s Instagram videos, she stated that her criticism was not to discredit the work Wood has accomplished in diversity.

“I am not suggesting that Dr. Wood has not done a good job in diversity,” Reddick said in an Instagram video. “And they can put out all kinds of numbers, I am not disputing that. But that was not the basis of my videos. The basis of my videos was the racist behavior of his leadership team which interestingly enough they did not address at all.”

Reddick continues and said Wood allegedly described members of his team including Nare as “incompetent but loyal” and said he would get Nare anti-Black training. Reddick said Black women in this work environment have not been offered the same opportunities for training to overcome incompetencies.

“I wish someone would address what I said in the previous video,” Reddick said. “Maya Angelou said people will not remember you by what you said or what you’ve done. But they will remember how you made them feel. What about the folks on his leadership team that have very racist behavior, why doesn’t he address that?”

APIDA Center Director, Virginia Loh-Hagan said she has worked with both Nare and Wood and has felt very supported.

“I have very glowing remarks,” Loh-Hagan said. “I have enjoyed working with both of them (Wood and Nare) and I have chaired from the beginning that I do feel very supported and I do think their leadership style I have appreciated. And I do feel that it is fair and transparent. I do think that we have a shared mission of wanting to serve the students at San Diego State. I recognized that we have a lot to do. I recognize we have a lot of work that has to be done but I also recognize that we have come a long way.”

Reddick describes her students as her “SDSU sons and daughters,” and said one of her concerns with Nare’s leadership was her lack of connection to students.

“I guess that is why I am so angry,” Reddick said. “She is in that position, she doesn’t have a relationship with students…She is transactional. I am relational…When I say they are my SDSU sons and daughters I mean that.”

Loh-Hagan said she was hesitant to discuss Dr. Reddick’s resignation.

“There are a lot of things that I don’t know about so I’m really hesitant to speak about but what I can speak about is my work here and my relationship with again Jessica Nare and Dr. Wood and it has been nothing but positive,” Loh-Hagan said. “Again, we run into challenges and we run into limitations as with any institution but I do firmly believe that we are in it together as a team to work toward solving those equity gaps.”

Reddick has kept her students and family members updated with her resignation process and has begun sharing her story on her Instagram page.

Wood and Nare declined to be interviewed, but defer to the university’s statement.

Taking over the position of Director of the BRC is Dr. Tonika Green. Reddick described Green as part of the “Dream Team” at the BRC which includes Ahliyah Chambers, Green and herself.

Reddick said her only regret about her resignation was her students.

“At some point I have to choose me,” Reddick said. “I have been choosing students. I have been staying to continue to nurture them, protect them and support them. Working with someone like that is impossible.”

Reddick said the situation at SDSU made her angry, and she felt that Nare made it “personal.”

“I was upset because…I wanted to leave on my own terms,” Reddick said. “And I felt like they made it so hostile and untenable that I had to leave. I had no choice. And I don’t like that.”

Dr. Green was unavailable for an interview but provided a statement.

“Dr. Reddick’s love for her students and for the Black community at SDSU runs deep and wide,” Green said. “It is important for the community to know that this mantra will continue as we welcome our incoming students and continue to support our returning students through our first year and second year academic success programs (BSSK, HGS, and HGS 2.0), programming, and community outreach.”

Assistant Director of the BRC, Chambers was also unavailable for an interview but provided a statement.

“Dr. Reddick is a lifelong mentor to me and I could not have been more grateful to have worked alongside her at the Black Resource Center these past two years,” Chambers said. “Her contributions to SDSU and Black Resource Center for over twenty years shows her commitment to improving achievement outcomes for all students.”