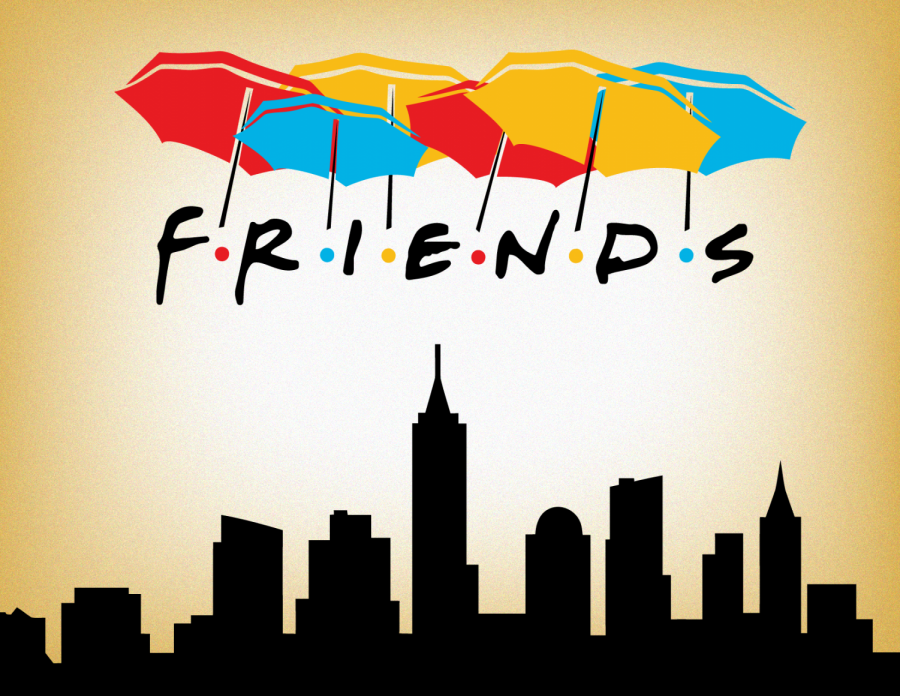 “The one sentence pitch is it is about that time in your life where your friends are your family,” co-creator and executive producer of Friends, David Crane said.

The hit TV show “Friends” explores the life of six people in their 20s as they face challenges with finding love, careers and independence. The heartwarming sitcom lasted 10 seasons, aired in over 220 territories and has been watched over 100 billion times. Only “Friends: The Reunion” could connect Malala Yousafzai, Lady Gaga, BTS, Cindy Crawford and Justin Bieber for a two hour long emotional roller coaster that stuck the audience right back into their favorite nostalgic T.V. show.

For the first time since “Friends” ended 17 years ago, all six of the main cast members sat together and looked at the old sets and studios they used to call their home.

The reunion was a combination of festivities. There was an extensive interview with James Corden, various segments where the cast interacted in their old studio and an intimate line-reading where the cast reenacted a few of the show’s most iconic scenes. The multiple settings of the reunion created a very engaging atmosphere that makes you want to rewatch the show all over again.

“Friends” actors Jennifer Aniston, Courteney Cox, Lisa Kudrow, Matt LeBlanc, Matthew Perry and David Schwimmer described how they grew into their characters and bonded, knowing they were the only people experiencing this unique growth of fame together.

Executive producers and co-creators David Crane and Marta Kauffman described the challenges of casting each role, since the characters could have been very unlikable if cast incorrectly. It is no secret some of the character traits needed to be presented by specific people in order to be deemed as endearing and the producers offered some inside perspective to their selection process.

The “Friends” reunion provided a much craved inside look into the show’s casting, sets, writing and character development.

Kauffman and Crane said the characters were modeled after their personal experiences in their 20s while living in New York. They cast and wrote each character in a way that allows the audience to see a small part of themselves in these characters.

The reunion did not simply repeat what the show already was, rather it gave the audience a peek behind the curtain and the opportunity to know the actors on a personal level.

The show’s international audience was emphasized throughout this reunion with interviews with people with many different careers from all around the world.

The reunion also revealed some of the hardships that came with acting in comedy. Perry described how he struggled when his jokes weren’t laughed at or didn’t land correctly.

“I felt like I was going to die if they didn’t laugh,” Perry said. “And that is not healthy for sure. But I would sometimes say a line and they wouldn’t laugh and I would sweat and just go into convulsions…I felt like that every single night.”

Among other unrevealed stories, Aniston and Schwimmer shared the young crushes they had on each other during the filming of the first few seasons.

“The first season I had a major crush on Jen,” Schwimmer said. “It was like two ships passing, one of us was always in a relationship…”

The first time they kissed was in the Central Perk set, the local coffee shop hangout, when their characters first got together. Aniston said she and Schwimmer channeled their feelings for each other into that kiss, which resulted in the passionate connection that can be felt through the screen.

As the cast sat together at a table to reread some of their old lines, most memorably from the episode “The One Where Everyone Finds Out,” the scenes from the original episodes cut in and out seamlessly connecting the past with the present.

These now famous actors also talked about acting with some of their idols. Ben Stiller, Danny DeVito, Julia Roberts and Brad Pitt all made appearances on the show.

Schwimmer even discussed his frustration when he learned he would be dressed as a potato for the episode with Sean Penn whom he looked up to.

“Here I’m thinking there is the greatest actor in the world and I am a f****** potato,” Schwimmer said.

Despite the show’s success, the producers said they felt the show came to a natural end.

“It was really important for us to end everyone in a good place,” Crane said.

Kudrow said the writers discussed that in order to have another episode or a movie that they would have to unravel the happy endings that they developed.