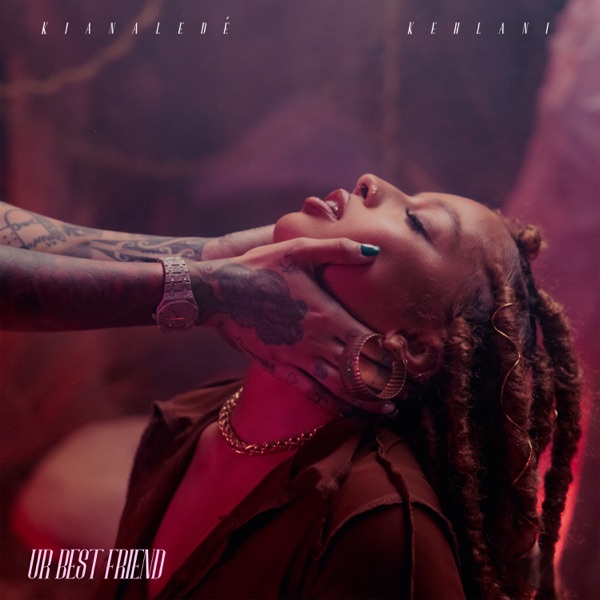 Cheating on your significant other with their best friend never sounded so enticing until Kiana Ledé‘s latest single, “Ur Best Friend” with a supreme feature from none other than Kehlani, was released on July 23.

In addition to her five features this year, “Ur Best Friend” is Ledé’s first musical release of 2021 and the lead single for her upcoming sophomore album, following her solid debut project, KIKI, last February.

For Kehlani, it’s her fourth feature this year alone after her second full-length studio album, It Was Good Until It Wasn’t, released nearly a month after KIKI.

For Ledé, working with Kehlani was a “dream collab,” according to an Instagram post promoting the song — and there could be a number of reasons for this.

Aside from the fact that Kehlani is astoundingly impressive in any venture she takes on, it doesn’t take long or much for someone to recognize how artistically similar in style these two west coast natives are. They are both prominent names in modern R&B, and their authentic musical storytelling about love and its nature helps them connect with listeners over the course of only minutes and could be the overwhelming driving force behind the dream Kiana Ledé-Kehlani collaboration.

Really, it’s the only way this power duo could confidently use their power and magic for good in this track, just in time for hot girl summer.

“Ur Best Friend” is tender and sensual from start to finish when describing the emotional unrest one may feel as a result of falling for a partner’s best friend, effectively making for the perfect “sneaky link” anthem. Musically, its deep bassline works together well with the consistently rhythmic yet simple piano chords to create that signature classic R&B sound — corroborating the reckless lyrics that tell a rather complicated story.

By highlighting quite the slew of details to paint a vivid picture for listeners (“Almost called your name when he was in it”), they unapologetically admit to longing for more intimate encounters with this “best friend” rather than anything else — or in this case, anyone else.

For some, “Ur Best Friend” comes as a wake-up call for those in romantic ventures of any kind to take a moment to do a compatibility check with their significant other for the sake of the relationship. For others, it may exist as an emergency warning to cancel and cut the attractive best friend off in order to avoid making a terrible mistake.

Then again, with the release of this track, there is a crescendo of turbulent toxicity in the air (“Seems like things are better when forbidden”). It could be possible that surrendering to temptation may be something worth indulging in this summer.

Either way, “Ur Best Friend” provides the inevitable hiccups that come along with doing so.

Take it from Ledé and Kehlani: this isn’t something they would have chosen if they could help it by any means, but at least in terms of the physical benefits they’ve received from secret rendezvous with the “best friend,” they make cheating sound like euphoria.

“Ur Best Friend” is available on all major music streaming platforms now and comes as the first single from Ledé’s album.