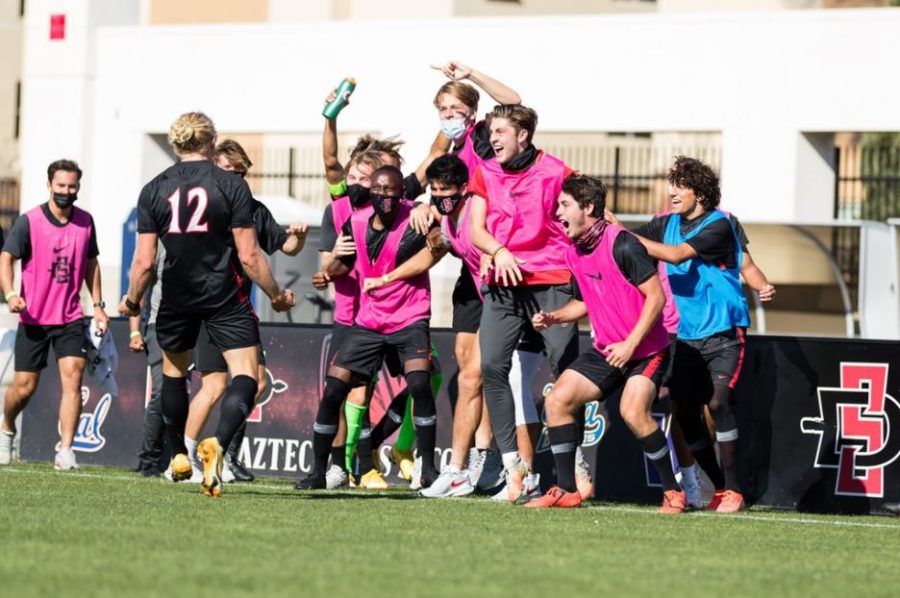 While SDSU didn’t land inside the Top 25, they were among a number of teams in the “Also Receiving Votes,” section with three such votes.

The Aztecs return to the regular season with three All-Pac-12 honorees, including sophomore midfielders Andre Ochoa and Iñigo Villaldea along with junior forward Blake Bowen.

The three honorees accounted for more than half of the Aztecs’ total of 11 goals and eight assists in the season alone.

Head coach Ryan Hopkins enters his second season with the Aztecs with an eight-man recruiting class. Among returning players, freshman defender Rik Regeling from the Netherlands was named as one of the Top Drawer Soccer’s top ten international players to watch.

Three Pac-12 teams were also ranked in the top 16 with Stanford (No.8), Washington (No. 9) and Oregon State (No. 16) being ranked in the preseason poll. The Aztecs managed to beat Washington 2-0 last spring, which resulted in the team’s first and only win of the season.

The Aztecs expect to play their first exhibition game this month against Point Loma Nazarene University on Aug. 20. The Sea Lions are currently 4-0 in their conference and 5-0 overall.

The two teams have played each other in eight different matches since 1992,  with SDSU winning the first contest 4-0 at home. The last time these teams faced each other was in the fall of 2014 at the SDSU Sports Deck, a game in which the Aztecs also won 1-0 over the Sea Lions.

This year’s match kicks off this Friday at 7 p.m. at the SDSU Sports Deck. Students and spectators can attend this contest with no admission fee.