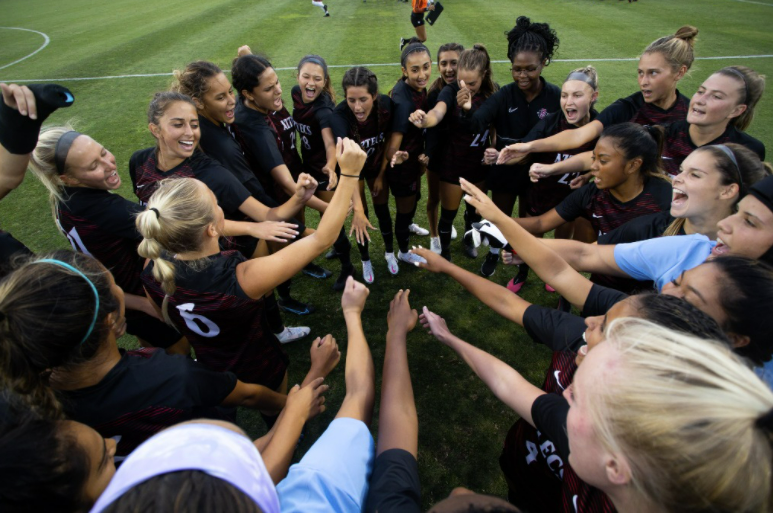 After winning their home opener against Army West Point, SDSU couldn’t replicate their success against Pepperdine and have begun the season 1-1-0.

Coming into their season home opener against the Army West Point Black Knights, SDSU was 14-6-1 when beginning their season at home.

After Thursday’s 1-0 victory, SDSU started their season off on the right foot and improved their overall home record to 15-6-1.

The first half utilized more defensive strategies as the Aztecs and Black Knights waited for the other team to make a mistake.

Despite getting opportunities to break the tie, SDSU was unable to capitalize on the few mistakes Army made but did outshoot the Black Knights 5-4 in the first half.

Head coach Mike Friesen told goaztecs.com that he noticed that while the Aztecs came into the game prepared for anything, the Black Knights stuck to their organized game plan.

“We knew Army was going to be very organized, have a plan, stick to that plan,” Friesen told goaztecs.com. “We were prepared for a lot of what they did in the first half, but we just didn’t follow through on our game plan.”

The second half consisted of tight defense and good keeping, holding the score locked at zero points apiece.

It wasn’t until minute 57 that SDSU found the back of the net.

Senior defender Lauren Dicus got a pass from fellow senior Malia Kaleiohi and attempted a shot from inside the box. However, a Black Knight defender threw herself in front of the shot but took the ball off her right arm, drawing a foul.

Taking the penalty kick was senior midfielder Laura Fuentes, who shot the ball into the corner of the net for what was the game-winner.

Sophomore goalkeeper Alexa Madueno kept SDSU in the game, making three saves in the final ten minutes of the game and four total saves for the match.

Unlike the match against Army, the first goal between SDSU and the Pepperdine Waves came within the first minute and was scored by an Aztec.

Unfortunately, it was an own goal after Madueno couldn’t corral a shot by Waves senior forward Leyla McFarland, letting the ball trickle across the line for a goal.

While the Scarlet and Black kept the Waves off the scoreboard for the remainder of the first half, Pepperdine added two more insurance goals in the second half to hand the Aztecs a 3-0 loss.

Pepperdine capitalized on a blocked shot by Madueono in the 53rd minute, with McFarland putting the blocked ball past Madueno for the second goal.

A penalty kick in the 60th minute all but secured Pepperdine’s second win of the season.

For SDSU, it was their first loss at the SDSU Sports Deck since Sept. 2019, when they lost to the University of San Diego 1-0.

Despite the mistakes, Friesen told goaztecs.com that he believed his team played a good match against the experienced Pepperdine squad.

“I thought we played a really good game,” Friesen told goaztecs.com. “(Pepperdine) is a very experienced team and that’s why we played this game, so that we know what it takes to play at that level.”

Pepperdine outshot SDSU 8-4 in the first half and ended the game, outshooting the home team 19-6.

SDSU played nine newcomers in 90 minutes, seven of whom were freshmen.