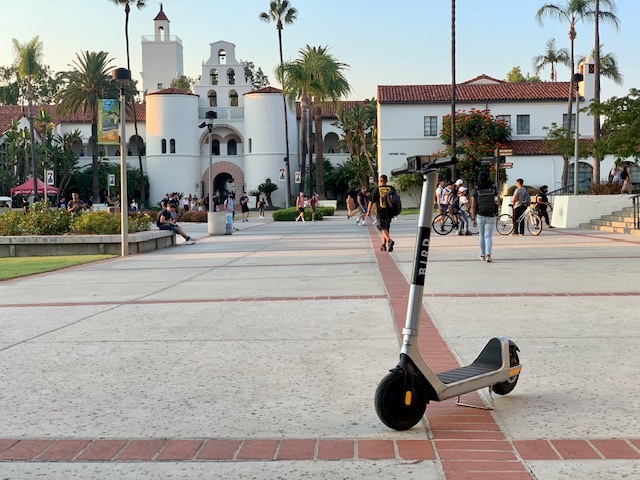 “The decision to return micro-mobility devices to campus was made following a noted change in the micro-mobility rental landscape and technology, and a California State University system requirement to review transportation demand and accessibility on campus,” a statement from the university said.

Riders must acknowledge the speed limits, designated parking areas and usage paths. The university will also offer incentives such as reduced prices for those who properly park their Bird scooters and moving found scooters to approved spaces to avoid clutter on campus.

“Moving forward, Bird will be responsible for regular redistribution of micro-mobility devices to reduce clutter, infrastructure for designated parking/docking of [the] devices and geofencing to control regions of access, and [the] device speeds,” the statement said.

The scooters were banned originally due to reckless use, accidents and the amount of abandoned scooters left on campus daily.

During the initial scooter ban, Bird Scooters would not operate within the boundaries of SDSU’s campus and students who did not dismount from the scooters were subject to fees as well as additional charges for riding in a “no ride zone.” In order to end a charge on the scooter, students would have to ride it back off campus where they were operational.