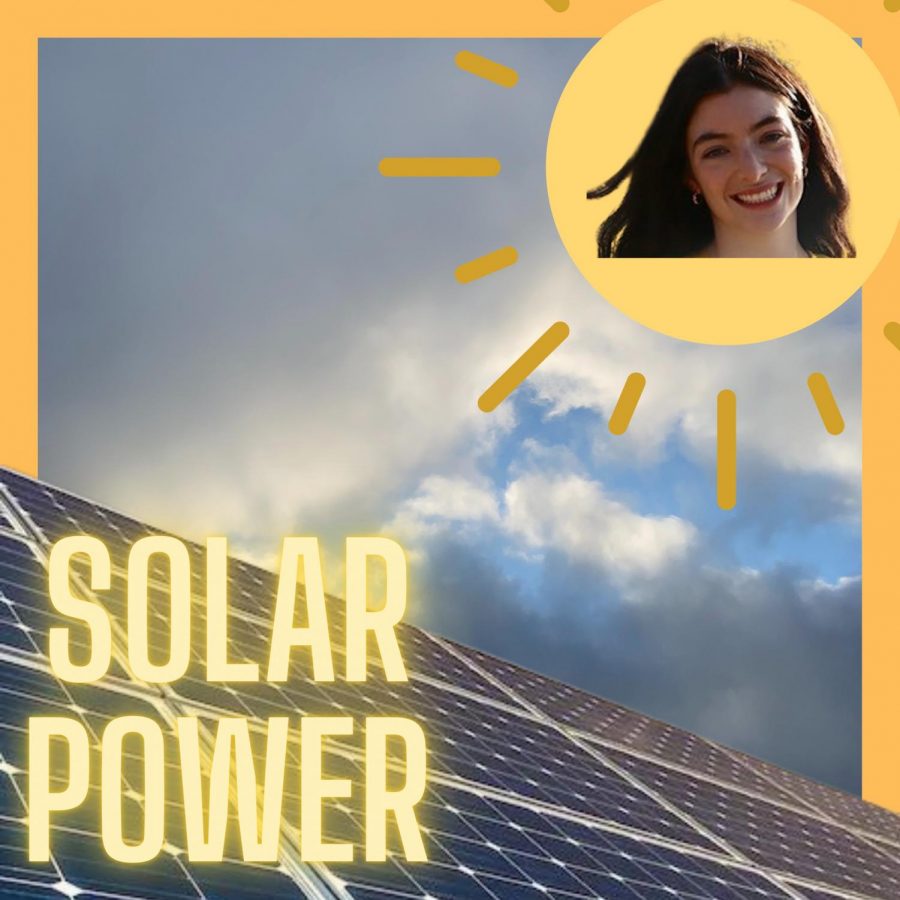 It’s been a mystery among fans of Lorde when the New Zealand-born pop star would make her comeback. Recently, on Aug. 20, the artist released her third studio album “Solar Power,” marking her first release since her second album “Melodrama” in 2017.

Lorde, who became an instant hit at just 16 years old after her song “Royals” blew up in 2013, is an artist who effortlessly encapsulates the dreary, rebellious and hopeful attitude that Generation Z and Millennials both share.

After nearly four years since her last release, Lorde dropped the single “Solar Power” in June, which would become the album’s title track.

The premiere of this single ran deep because instead of simply dropping the song, it appeared along with a music video. The video showcased vivid visuals of Lorde, who wore a bright yellow co-ord and danced across the beach. This was paired amazingly well with the guitar chords and her light raspy voice. Surprisingly, it was quite different from songs she had released in the past such as “Green Light,” a.k.a the anthem of 20-year-old angst and optimism.

According to “Diary of a Song,” Lorde said the record was supposed to be indicative of her younger years.

“I knew that I wanted to kind of incorporate the music of my youth, this kind of early 2000s, sun soaked thing.”

Some were extremely critical of the single, especially users on TikTok, with many comparing it to commercial jingles and George Michael’s “Freedom.” Aside from this, many fans were welcoming of the star’s new genre which was now a combination of light psychedelic indie and pop, and praised her for venturing outside of what she is known for.

After the singer released more singles such as “Stoned at the Nail Salon” and “Mood Ring,” it became clear she was focusing on an entirely different style. This sound was incredibly distinct from the moody and dark satirical songs about cliques and growing up that she made before.

The album is a mirror image of what it feels like to spend an entire day at the beach and long for it on the cold days that are the exact opposite. “Solar Power” was made to be a reflection of New Zealand summers which it succeeds in doing. However, the album loses its attempt at nostalgia and becomes a whirlwind of modern reflective melodies.

In “Lorde Presents Solar Power, the Enhanced Album” on Spotify, she said that the album is supposed to “take you on the journey of all the incredible experiences I’ve had in nature in the last couple of years.”

Upon first listen, it’s obvious the songs all go together and share the same theme, but they also come off a little flat. “Solar Power” is an album that can be described as one that listeners have to grow to love, if at all. After two or three listens, the structure becomes less disoriented and comes together in a euphoric, easygoing experience.

Despite the more satirical songs like “Mood Ring” and “Dominoes,” this album is not for those looking for deeper meaning and dissection. With its smooth melodies and Lorde’s angelic harmonization, it easily makes for a soundtrack that can combat life’s more stressful matters.

“Solar Power” is available to stream on all major music platforms. You can also buy the record in the form of vinyl and CD in most major retail stores.