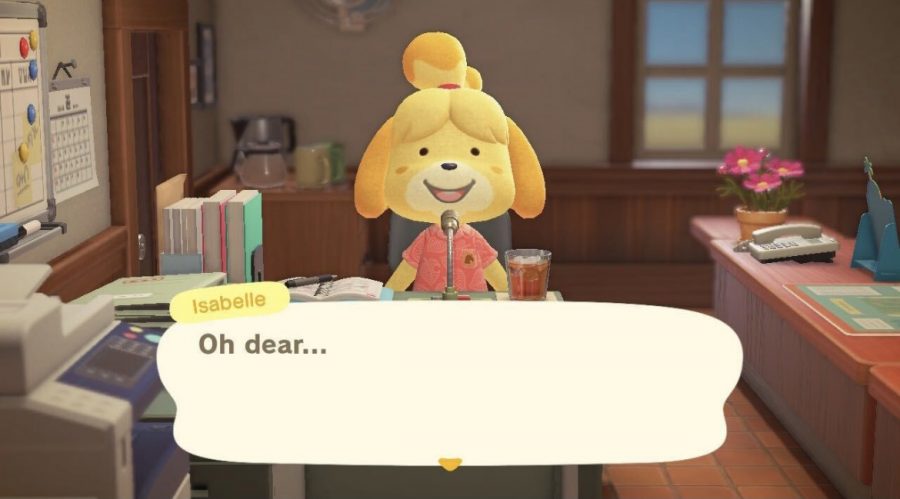 With “Animal Crossing,” the nostalgia runs high for me.

I played the original game on the GameCube and, as a kid who was leaving others in the dust in “Kirby Air Ride” and blasting through loop de loops in the “Sonic Adventure” games, “Animal Crossing” was a change of pace that I didn’t even know I needed.

It was laid-back and it had this distinctly unique vibe.

So when “Animal Crossing: New Horizons” dropped during the early days of the pandemic, I was ready to fight tooth and nail to get my hands on a Nintendo Switch Lite.

If any game could make quarantine bearable, it was this one. And for a time, it was.

The “New Horizons” updates started strong. With spring came the reintroduction of shrubbery and the museum’s art gallery.

The first major summer update allowed us to swim in the ocean, added more sea creatures for our museums and brought back Pascal and the mermaid furniture set from “Animal Crossing: New Leaf” — and that’s not even including the Fireworks Festival!

Even though these features and characters were already familiar from previous installments, it was exciting to see them again and a fun approach to hook in new players to the “Animal Crossing” series after a seven-year hiatus between games. Unfortunately, Nintendo just couldn’t keep the party going.

January and March 2021 brought back Festivalé and the Sanrio themed villagers and then…silence.

Following updates only added special seasonal items which, while cute, didn’t add anything of substance. However, the gaming convention E3 was approaching and people started to get their hopes up.

Considering that “New Horizons” had now become one of the best selling games on the Switch, surely Nintendo was planning to announce another major summer update! Nope. No, they didn’t, just as everyone had secretly feared. Did Nintendo eventually deliver that summer update? Yes, but they only added more seasonal items and a couple of new food related prizes for the Fireworks Festival —  confirming every Animal Crossing fan’s biggest fears.

I’ve made all sorts of excuses for “New Horizons,” but even I have to draw a line in the sand.

I’m not even sure I can call it an “Animal Crossing” game because they still haven’t reintroduced the gyroids, a unique set of noise making statues that are almost like the series’ mascot(s).

Why do the golden tools break in “New Horizons” when they never broke in previous games? Did they realize that there wasn’t enough to do, so they just made more excuses to craft items?

On the topic of crafting, the ability to craft in bulk would save so much time, but apparently Nintendo loves spamming the “A” button.

I know for a fact there’s room for more: more furniture sets, clothes, wigs, new dialogue, islands to visit, effort and open communication from Nintendo about what to expect. I know this is an island-based game, but I didn’t purchase this game so I could feel stranded.

The updates don’t do it for me because it’s the datamines that truly deliver.

For context, datamines are a compilation of things and/or events found within a game’s code, so people can see what the developers are working on and what could potentially be coming next. Imagine being excited over what isn’t in the game rather than what is? Nintendo’s lack of openness has left fans to generate the hype that Nintendo should be building.

Look, I feel pretty guilty dragging this game the way I have. There has been so much delayed content because of this pandemic and I don’t want the developers burning out.

Anyone who has heard about the “Cyberpunk 2077” fiasco knows what pressure and lofty expectations can do to the quality of a game (and the mental health of developers).

Maybe Nintendo did have bigger plans and a more consistent update schedule. They seem to be a lot more aware of the fans’ disappointment as evidenced in a Twitter announcement alongside the lackluster summer 2021 update, assuring fans that more was to come.

I’m hoping they can make good on that promise, because for now, there isn’t much new on the horizon.

Morgan Ray is a junior studying journalism and media studies.