Pitbull brings his best hits for a visually stunning performance 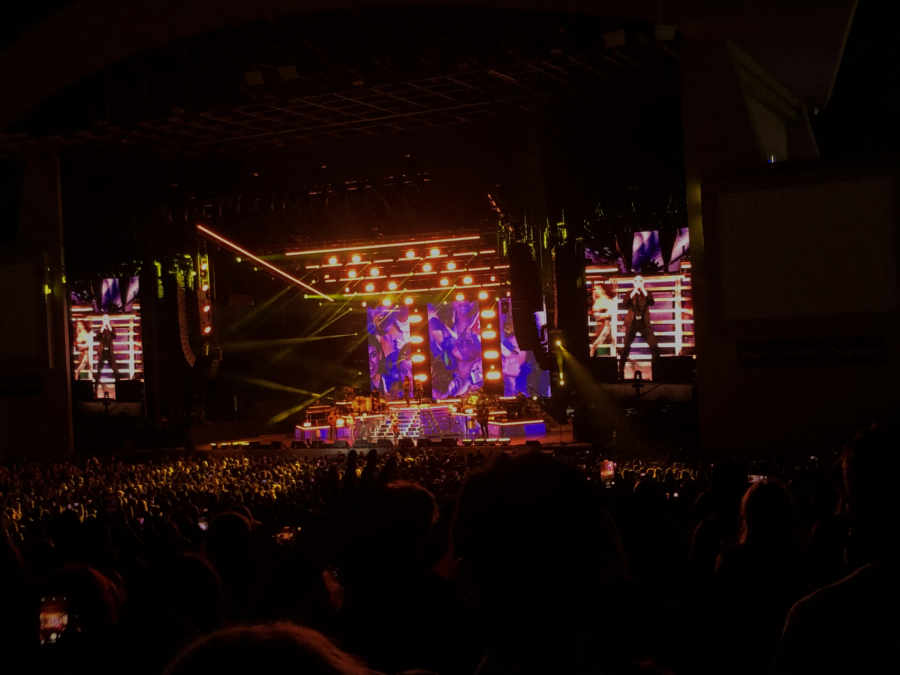 Pitbull's Sept. 19 performance in Chula Vista included a variety of special effects, helping him live up to his title as Mr. Worldwide.

World-renowned Latin popstar, Pitbull, performed at the North Island Credit Union Amphitheatre on Sept. 19 as part of his 2021 “I Feel Good Tour.” Located in Chula Vista, the amphitheater holds roughly 20,000 seats and, while the venue might not have been at full capacity, the atmosphere was electric. With thousands of fans ready to have the time of their lives, there was truly never a dull moment.

After opener Iggy Azalea wrapped up her set with her iconic hit song “Fancy,” the anticipation began. The lawn area, which appeared to be entirely made up of San Diego State students, could not be contained. As security made it their mission to guarantee everyone’s safety, Mr. Worldwide was waiting.

Pitbull kicked off his set with his song “Don’t Stop the Party,” quickly setting the tone for the night. His set contained arguably some of the biggest hits from the last decade or two. Accompanied by amazing dancers and a live band, he sang fan favorites from “Hotel Room Service” and “International Love” to legendary duets like “Feel This Moment” and “Timber.” Christina Aguilera and Ke$ha did not make an actual appearance, but their faces blown up on the video wall sufficed.

As he ran through every college student’s party playlist, he also mixed in parts of Lenny Kravitz’s “Are You Gonna Go My Way” and Guns N’ Roses’ “Sweet Child O’ Mine,” giving a complete rock vibe that only intensified the energy in the amphitheater.

With this concert being many people’s first post-pandemic event, nothing fell short. Pitbull’s 90-minute set included vibrant lighting effects, smoke machines, and even literal fire during his well-respected song “Fireball.”

“Everywhere I looked there was someone I knew! Is there a better way to start the year than surrounded by students running around in bald caps and Mr. 305 himself?” Macdonald said.

Pitbull was never caught without a smile. Up on stage with his classic all-black attire and sunglasses, his positivity was contagious. Whether he was sticking his tongue out, dancing or blowing kisses to his fans, the audience was always entertained. With the majority of his crowd being college-aged students, he took the time to address the current issues of social media. Pitbull wanted his fans to realize their self-worth without an online presence. His message centered on self-love, despite their social media following or the number of likes they receive. He also emphasized inclusivity and advocated for the Latino community.

“I Feel Good” served as the constant theme of the night, being the name of both Pitbull’s new single and current tour. That theme stayed true all night long. It was without question an unforgettable performance. The amphitheater was purely high energy, with arms raised and voices being lost.

As Pitbull ended the night with electrifying performances of  “Time of Our Lives” and “Give Me Everything,” a real sense of unity was in the air. SDSU showed up for Pitbull. And he delivered.