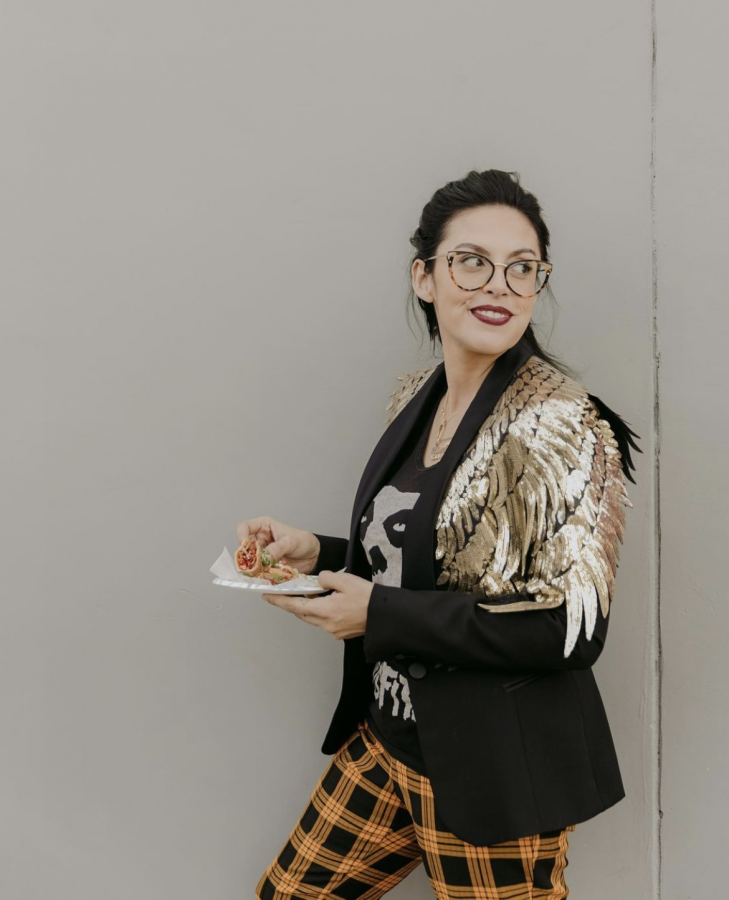 The host of the Instagram Live enjoys a local cuisine.

According to their official page, the LSU addresses the scarcity of Latinx-assimilated organizations, community, and representation on SDSU’s campus and established in the fall of 2020.

According to her personal website, Zepeda is a San-Diego based chef known for her bold approaches to regional Mexican cuisine. She also has a son attending SDSU. During the event, she explained the origins of Carne en su jugo.

“Omg my mom used to make this all the time,” an anonymous viewer wrote in the Instagram chat box.

The dish comes from Jalisco, from  the Garibaldi family, according to Zepeda.

In 2015, Vice released an article about how the Garibaldis’ chain of restaurants, Karne Garibaldi, holds the Guinness World Record for the fastest ever food service. According to the article, the waiters lay out a full menu in 13.5 seconds.

The article says that carne en su jo is also a regional specialty native to Guadalajara and that it’s the only main course on the menu.

According to Zepeda, the dish cures both heartbreaks and hangovers.

Throughout the Instagram livestream, Zepeda shared personal stories and answered questions from LSU members on the other end of the conversation.

Zepeda said she got her start in the culinary world at an early age since her aunt had a restaurant.

At first, Zepeda said she wanted to be a lawyer. However she grew to love cooking more. Growing up, she would steal her mother’s pot because she was convinced that it somehow made all her mother’s recipes come out better. This laid the foundation for her future career.

While answering a question about working within a male-dominated industry, Zepeda mentioned that she takes power in her femininity as she’s recognized by her Oaxacan earrings and red lips.

Zepeda also said she learned how to stand on her own in the industry.

“I made very specific strategic moves for who I wanted to work with,” Zepeda said.

She said she only likes working with people she respects and that she can feel the difference between the right tribe and the wrong tribe.

Zepeda has a tattoo alluding to her nickname in Mexico, which is “Mama Bear.” She was asked about how being a young mother affected her and her life.

Zepeda talked about having multiple jobs including one cashing checks, her role as a line cook for a restaurant. Although she would’ve been living on the street, she knew she had to make sure her children were okay. Having people, like her grandma and mom, in her corner helped.

Zepeda has participated in Top Chef season 5 and Top Chef Mexico. Whenever she has upcoming projects she consults it with her family and they tell her that the months she’ll be away are only three months out of their lives.

Challenging herself to confront those challenges made her stronger.

“I came out a better person,” said Zepeda.

As they talked, Zepeda told the LSU to babysit their food as it cooked.

Zepeda focuses on flavors and lets her heritage shine through all she does.

Students can keep up to date with LCU events by following their official Instagram.