‘Halloweentown’ escape room is a blast from the past 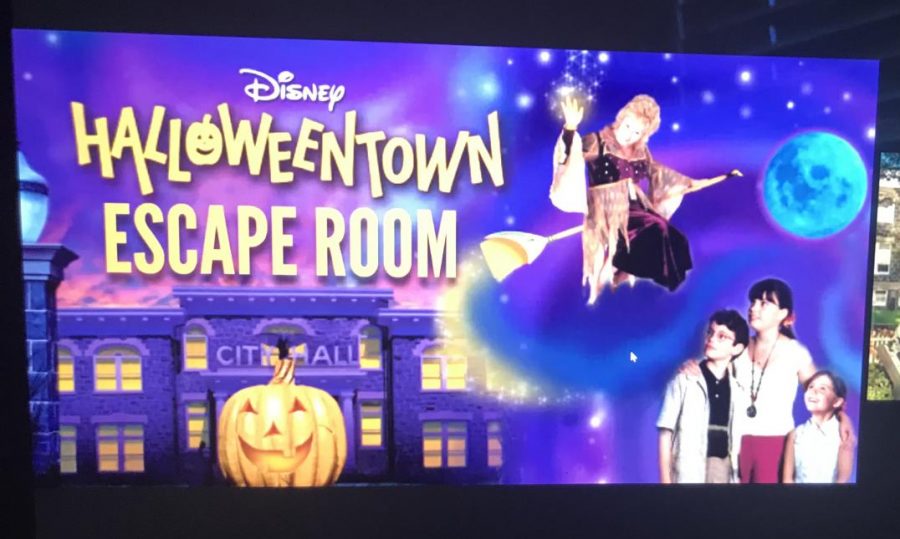 A screenshot from the "Halloweentown" virtual escape room event.

“Halloweentown” came out in 1998 on the Disney Channel, and was part of many childhoods since then. The success of the movie led to three sequels which were played during Halloween, year after year, as part of Disney’s Monstober lineup. “Halloweentown” was often the opener to the movie lineup, setting the tone for many spooky season lovers.

The Center for Commuter Life has done a few virtual escape rooms since the beginning of the COVID-19 pandemic, so they said they decided to host another one for Halloween. Helen Ma, the Commuter Center success coach, has participated in the construction of several escape rooms including a winter games one done last year and another about “Pirates of the Caribbean.”

A flyer for the event encouraged students to join a thrilling experience with familiar characters from the movie like the protagonist, Marni and the main villain, Kalabar.

“He is the one who usually does a lot of our flyers and our tech items,” Ma said,“He really enjoys directing, filming, editing, all of the works so I shared with him kind of my idea about having a Halloweentown theme escape room.”

Ma said she suggested “Halloweentown” because she is a fan of the movies.

Ma said Perias was shown past examples of other escape rooms they’d done and was encouraged to watch the movie in order to build the escape room.

The event had a nice turnout, according to Ma. Attendees were separated into groups as the riddles appeared on the screen and were encouraged to work together in order to solve the puzzles.

Within the first few minutes of the event, 19 people had already joined the Zoom meeting.

Ma said not too many students had been showing up to events, understandably, due to the transition from online to in-person classes.

“We try to offer virtual and in-person events,” Ma said. “So, that was one of our most successful virtual events this semester.”

She said she feels this theme drew people in.

Attendees were asked to pay careful attention to each riddle. They didn’t have to be fans of the movies to participate, as the game explained each element as it went on. The interactive virtual escape room included hints disguised in morse code, roman numerals and some riddles that alluded to the movie.

One team figured out a step in the escape room in under two minutes.

A water bottle from the Commuter Resource Center served as a prize for solving one of the riddles, while a T-shirt was awarded at the end with a fortune wheel.

Ma said she thinks it’s important for students to get involved with the Commuter Resource Center, which is located on the second floor of the Aztec Student Union in the office of Student Life and Leadership (Room 210).

“I think it’s just a great way to get to know the Commuter Life staff first of all cause we try to include all of our staff in the events, just so students know that we’re humans as well,” Ma said.

Ma said she doesn’t want students to be intimidated or afraid to reach out.

“Kind of like in the escape room, even though that was a virtual event we tried to incorporate it so that students could see other students,” Ma said.

Putting the students in different breakout rooms was a deliberate move by the center to encourage people to talk to one another, in a way they may not regularly do.

“Even if it’s just a small connection, like maybe they’ll click and they could start a friendship right there,” Ma said.

The center provides some amenities for commuter students such as individual and group study tables, microwaves, comfortable armchairs and free printing, according to the official website.  Students are permitted to print five free pages per commuter life event they attend. Keep up with events by checking out their official Instagram @sdsucommuterlife and by checking the SDSU Events Calendar.