‘Fangtastic’ Halloween films to sink your teeth into 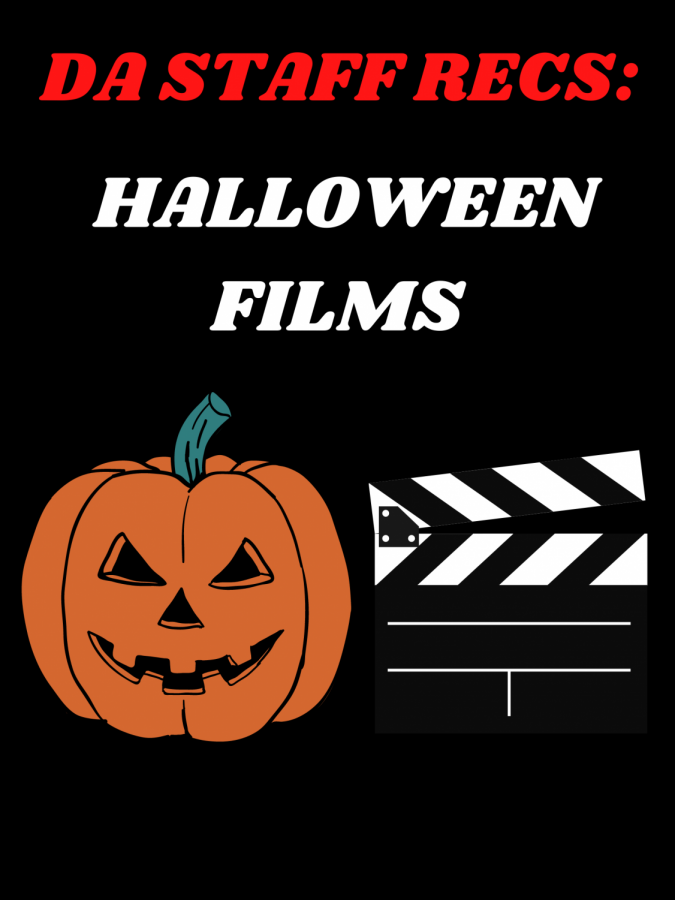 I mean … talk about a film that aged like fine wine. Co-written by the legendary Truman Capote, “The Innocents” is a paranoid and hallucinatory take on Henry James’ short story “The Turn of the Screw.” Complete with an unreliable protagonist, creepy kids, stunning cinematography from Freddie Francis and THE “roaming the halls with a candelabra” scene, it’s the things you sense rather than see in “The Innocents” that will haunt you. Prepare to question your sanity.

As someone who can’t sleep for days after witnessing gruesome horror movies, my go-to when awakening the Halloween spirit each year is the comedy-horror genre. Played by Michael Keaton (aka Batman), “Beetlejuice” is a brilliantly bizarre, creepy and visually inventive classic. Remarkable as always, director Tim Burton dares to be weird with surreal supernaturalism, peeling back layers that exhibit his famous blueprint for exploring darker aspects of humanity. Arguably Burton’s finest creation, Beetlejuice himself is eccentric and ghastly, descending from the grave upon request. This peculiar movie offers insight into a wickedly imagined afterlife filled with cartoonishly fun scenes that nostalgically quench my not-too-scary horror movie thirst. If you’re like me and prefer spooky movies that only include a gentle “boo!” and not a bloody loud “aaaaahhhh!!!” — check out my favorite recommendations here.

Before Joe from “You” was stalking girls on Netflix, there was Freddie from “The Collector.” Freddie is a shy and awkward young man, and collector of butterflies who becomes enamored with a young art student named Miranda. As one can guess, Freddie decides to add Miranda to his collection in this psychological thriller based upon the 1963 novel “The Collector” by John Fowles. Terence Stamp’s portrayal of Freddie is cold, dark, and calculating while also strangely tender, kind, and understanding. The movie also provides interesting commentary on the class divide, with Freddie and Miranda coming from very different social classes. At the time, the release of this film was so prolific, director William Wyler turned down directing “The Sound of Music” in order to direct “The Collector.” Those looking to be terrified by the horrors of human nature will be inclined to rent “The Collector” on Amazon Prime.

There is a certain fear that a slasher film can’t always emulate. The fear that hits home a little deeper because it resembles situations that can happen in real life. “Misery,” based on the book by seasoned horror author Stephen King, is a chilling sequence of events that are unimaginable, but not impossible. When the main character Paul Sheldon, played by James Caan, gets into a car crash, Annie Wilkes is there to save him and nurse him back to health. Only there’s one catch… he’s not allowed to leave. Kathy Bates’ performance in this film as Annie — the demented and twisted superfan — is one that paved the role for her cutthroat characters in works like “American Horror Story.” “Misery” is an underrated, overlooked horror film that easily fleshes out King’s written work of art and it’s available to stream on HBO Max.

If you’re looking for some non-fiction thrillers,  look no further than Sam and Colby’s hell week series. These two best friends have created a movement of exploring and have done overnight videos for years, staying at random locations and documenting them for our enjoyment. This October however, they’ve stayed overnight at Dracula’s castle with cursed pond water and done a paranormal investigation at the world’s largest catacombs in Ukraine. They’ve even revisited room B340 on the Queen Mary ship which is what made them want to investigate paranormal stuff in the first place. Their hour-long documentaries include historical contexts from the places they visit, interviews with experts in the area, and a real paranormal investigation that’s easy to follow. I recommend zooming a friend, and screen-sharing with earbuds for the optimal experience.

The days leading up to Halloween should be filled with classic horror movies to get your head in the mindset. Between the midst of gore and thrillers, I recommend watching nothing more than “The Rocky Horror Picture Show.” If you haven’t heard of this film or ever had the chance to watch it, then you’re missing out on an experience. Tim Curry (Frank-N-Furter), who you might know from other horror movies such as “IT,” is the star of this show. It also features other known stars like Susan Sarandon (Janet), Barry Boswick (Brad) and Meatloaf (Eddie). Now be aware that the movie was redone in 2016 but it’s nothing compared to the 1975 classic. Grab yourself some popcorn and be ready to dive into a killer soundtrack, fabulous outfits and cast of characters that will leave you shook. The movie is available for streaming on Amazon Prime and Hulu.

The first “Scream” movie came out at a time when the slasher genre was nearly gone and brought it back from the dead (no pun intended). This film was directed by the late Wes Craven and released in late 1996. It follows the character of Sidney Prescott, a high school student in the fictional town of Woodsboro, California, who becomes the target of a mysterious masked killer by the name of Ghostface. The race is on to find out who this killer is as more citizens fall victim. While the film is scary enough to make you jump out of your seat, it’s tongue-in-cheek humor makes it more light-hearted. This film became a popular franchise with four sequels including another coming out in early 2022.

Written and directed by Trey Edward Shults, “It Comes At Night” is a film that oozes paranoia, authenticity and fear. Set in an apocalyptic future decimated by a contagious disease, two families must learn to trust each other in order to survive. The characters in this film are well-acted and likable. All of the decisions made by the characters are incredibly grounded and rational. The film is set in a house in the middle of the woods, and its location adds an amazing sense of claustrophobia and tension. The script is very well written, abiding by the “show don’t tell” rule. The movie does a great job at not oversharing, opting to leave some plot details to your imagination. And the best part: there is only one jump scare in the full movie! “It Comes At Night” is proof that good horror movies can still be made. Check it out on Netflix!