Classic Halloween movies for the tamest scaredy-cats to enjoy 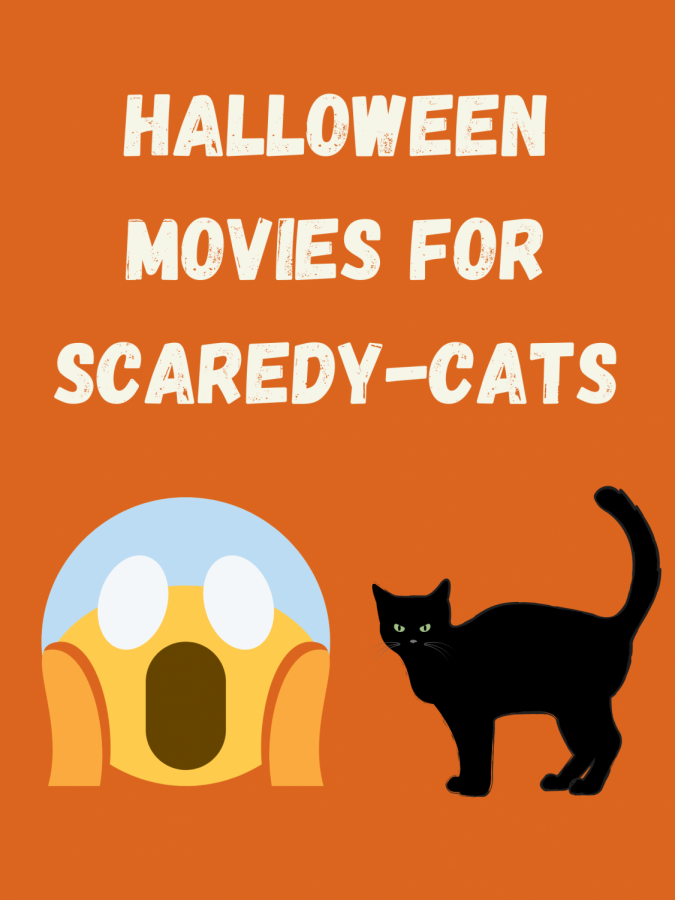 For scaredy-cats who can't handle the blood and gore of horror films still have lots of classic Halloween films to choose from.

After igniting the spooky mood by partaking in all of the available activities in San Diego, gory film lovers head home where they indulge in a horror movie marathon, watching Halloween classics. Atmospheric “The Exorcist,” psychological “Hereditary” and newer grisly sequels already breaking into the box-office Top 10 — like “Halloween Kills,” starring everyone’s favorite antagonist, Michael Myers — play well into the night.

However, if enjoying bone-chillingly scary activities and being on edge isn’t your cup of tea, the time has finally come to drop the conformist act. Loving Halloween doesn’t require liking the macabre, gore and jump-scare aspects of it. Perhaps you revel more in morbid romanticism, cute ghosts and laughing at the comedy-horror genre. Regardless, everyone deserves to be included in the October craze.

Below are three classic, old-school Halloween movies to get you acclimated into the spooky season without having to leave the house. By only conveying a gentle “boo!” and not a bloody loud “aaaaahhhh!!!” — these films will quench your not-too-scary horror movie thirst and might even awaken nostalgia.

*Caramel popcorn and a fuzzy blanket not required, but recommended to enhance the experience.*

This perfect blend of comedy, action and horror became a cultural phenomenon after its release, becoming a well-known, infectious ghost story with a thrilling cast. After three nerdy parapsychology professors lose their jobs, they adventure into a different field: becoming ghostbusters who investigate the eerie paranormal world and capture ghosts, similar to a pest control company. But when their containment unit gets deactivated by suspicious inspectors, a powerful explosion releases captured spirits into the New York City sky. Will they close the doorway between dimensions in time to avoid interminable destruction? Bill Murray’s deadpan performance and carefree attitude pack the film with profuse, joke-dense moments that resemble the feeling of eating comfort food at an amusement park. Catch a screening of “Ghostbusters” at AMC theaters this month for a divertingly unconventional experience.

Reminiscent of a Shakespearean tragedy, Tim Burton’s cult classic possesses an ominous, moving storyline with a creepy appeal. As the first of many collaborations between Burton and Johnny Depp, “Edward Scissorhands” brings human fears to the surface, bleeding out darkness and isolation while still leaving behind a benevolent residue. Artificially created by an inventor and left unfinished, Edward grows up a forsaken humanoid — navigating human existence in complete solitude with razor-sharp scissors for hands. However, when a suburban family takes the grim boy in and helps transition him into modern society, Edward falls in love with the family’s daughter, unfolding a tragic, supernatural romance. Through an evident contrast between light and dark, the film offers some of the best surrealism, opulent cinematography and a plethora of social commentary about humankind’s prejudice against the unknown. Like biting into a gothic apple with a tender, nectarous center — Burton’s dreamy, horror version of a modern fairy tale is infused with lurid visuals that will melt your dark, romantic heart.

First-time filmmaker Barry Sonnenfeld excellently adapts Charles Addams’ original 1938 cartoons into this misanthropic black comedy. Despite living in a dilapidated old mansion resembling a haunted house, the bizarrely morbid Addams family are kind and loving to one another while feeling utterly unconcerned about the opinions of others. Their weird, aristocratic charm makes them a highly enjoyable family partaking in everyday gore. However, when a con artist drops in pretending to be Gomez’s long-lost brother Fester, a grand scheme of stealing the family vault unveils. Will they discover this suspicious deceit before it’s too late? The film openly challenges conservative societal norms with its taboo subjects while maintaining a sense of wittiness and unity. Sonnenfeld’s adaptation is just the right amount of twisted and satirical, showcasing gag after gag and memorable one-liners with a comfortable pace that will capture your contemporary interest and inspire your next Halloween costume!