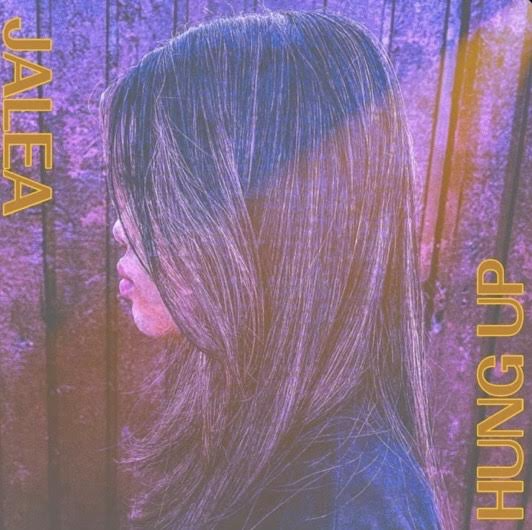 Singer and songwriter, Jalea Villarama, a third-year management information systems student at San Diego State, has a passion for making music that illustrates her lively personality and creative expression as an artist.

“I just want to stay true to myself and make music that inspires people to spread love,” Villarama said.

Students and faculty who know Villarama as an artist know her for her performances on campus, specifically her performances for the Asian Pacific Student Alliance organization, which she is the co-coordinator for.

Her first big performance at SDSU was in 2019 at the Night Market event in the Conrad Prebys Aztec Student Union. Hundreds of people gathered to watch her sing and play the guitar to three R&B songs. Villarama said she remembers feeling joy as the crowd started singing the lyrics along with her.

After the Night Market performance, her recognition as an artist and support from SDSU students and staff emerged, leading to more performance opportunities for her on campus.

Dr. Virginia Loh-Hagan, the director for the Asian Pacific Islander Desi American Resource Center, is one of Villarama’s biggest supporters on campus.

“It is important to amplify APIDA artists especially in this time of anti-Asian hate,” Dr. Loh-Hagan said. “Jalea has so much to share with the world. Through her music, she serves as a voice for APIDA joy. I’m so proud of her.”

Villarama said her passion for music dates back to when she began singing at only three years old. She grew up in a musical household singing with her parents and grandparents who have always supported her as an artist.

Some of Villarama’s most memorable childhood performances include opening for Vhong Navarro, a popular artist in the Philippines at six years old and winning best talent at a pageant for singing Frank Sinatra for an audience of over 300 people at seven years old.

“It feels like home for me on stage and I feel like I can be whoever I want,” Villarama said. “If there’s a chance for me to perform, I’ll take it.”

As she got older, she continued to perform in talent shows, singing competitions and choir performances at her high school. Villarama said her experience as a performer and the support she has received as a singer is why she is the artist that she is today.

In 2020, Villarama released her first song, “Close” ft. Y.S.A., which now has over 4,500 streams on Spotify. The music video for “Close” produced by the music production group, Collective Society, shows her natural-born ability as a performer.

Villarama’s music has an R&B style with elements from pop music. However, she does not limit herself to this label as an R&B artist. Villarama explained that her main goal is to create music that not only sounds good but also expresses her artistry most authentically without limits.

“I think Jalea makes music that is relatable and extremely vibey. I would describe her music as feel-good music,” said third-year speech-language pathology student, Giselle Sarmiento.

Her latest song, “Hung Up” was released in September 2021 and has already received more than 1,700 streams on Spotify. According to Villarama, releasing music on Spotify is one of her biggest accomplishments.

Both “Close” and “Hung Up” follow the theme of love, a topic which Villarama says she enjoys singing about the most.

“I’m kind of a hopeless romantic so I like to portray that side of me through music,” Villarama said.

Villarama, who once used to record music in her parent’s bedroom, is now writing and recording songs in music studios, doing different collaborations with other artists, taking part in music videos, and accepting every opportunity that comes her way.

She spends her time in music studios, specifically Villa Vibes Studios, exploring her creative vision and writing music with help from her father. Villarama’s favorite aspect of the music-making process is creating satisfying harmonies.

Villarama said music will always be a part of her life, and her ideal artistic dream is to produce an album, go on tour, and watch as her fans sing along to her lyrics.

More importantly, Villarama said she wants to stay true to herself as an artist and continue to make music for the joy of it. She hopes to impact lives in a positive way and bring people together with her music.NNN

“I just want people to know that it’s okay to follow your passions and follow your dreams,” Villarama said. “It’s your life and it’s up to you on how you want to live it.”

Check out her Instagram @juhleeyuh and stream her two songs, “Close” and “Hung Up” on all platforms now.