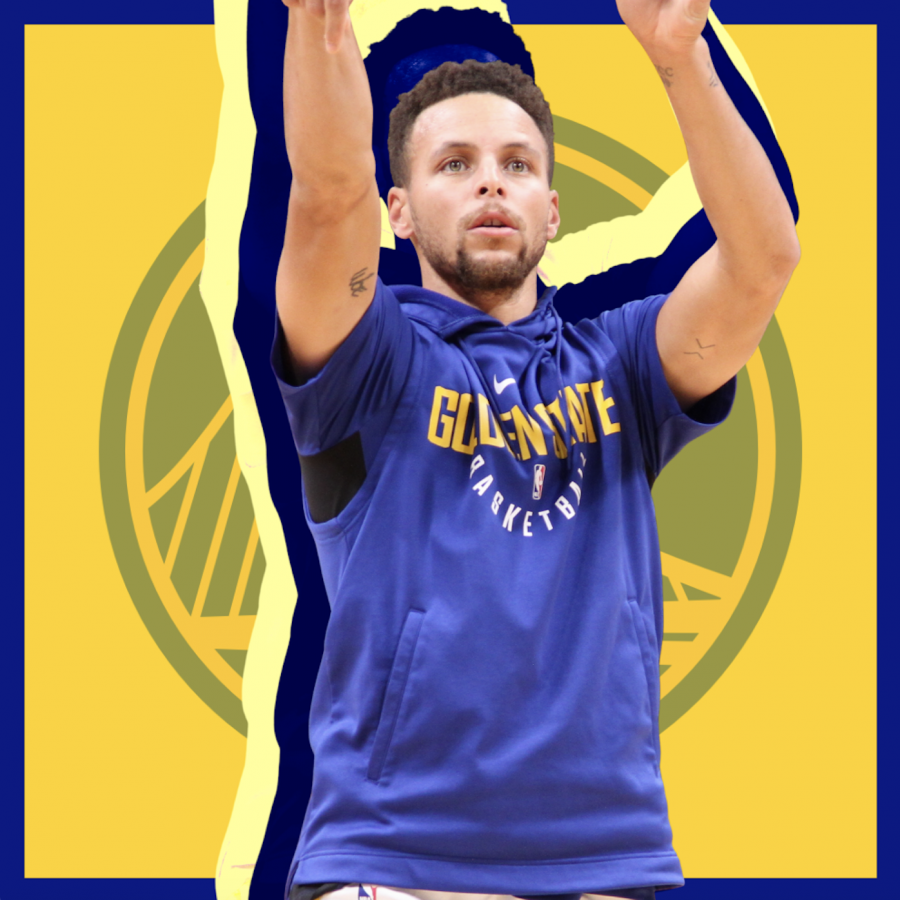 by Trinity Bland and Shalika Oza

Each era has its own face — a player who dominates not just in games but in how the game is played and perceived.

In more ways than one, Golden State Warriors point guard Stephen Curry forced the game of professional basketball to change. Curry was an integral part of the league’s culture shift, whether it was carrying himself on the court as a decent human being or making the Charles Barkleys who believed you couldn’t win trying to hit 3-point shots look like clowns.

When Curry made his NBA debut in October 2009, he entered with pressure being the son of former NBA player Dell Curry. The Warriors hadn’t done well in years and were not contenders of any sort. The shift began when head coach Steve Kerr joined the organization. As a rookie coach, Kerr was the first to start his career with a 19-2 record. But the ball didn’t stop rolling there as Kerr and Curry continued to soar.

The day after Curry set the NBA record for most points in a single overtime, he became the first player in league history to be a unanimous MVP.

Curry averaged 30.1 points, 6.7 assists and 5.4 rebounds in 2015 to 2016 while shooting 50.4 percent from the field, 45.4 percent from 3-point range and 90.8 percent from the charity stripe. He was the best player on the winningest team in NBA history, as the Warriors finished the regular season 73-9. It’s the greatest individual season by a guard in league history.

Across his 11 seasons in the league, he has attempted 5,739 3-pointers, converting them at a 43.5-percent clip. That would be a superb percentage in any one season, and even more so when maintained across an entire career. However, it’s also the best 3-point percentage of any player in NBA history that has attempted at least 1,652 treys. The only players that have been more accurate from 3-point range than Curry across their careers attempted 4,000 fewer threes than he has.

The Warriors’ 2015 finals win cemented the start of the Golden State and Cleveland Cavaliers rivalry. The rivalry thrived so much that there is an entire Wikipedia article dedicated to the iconic 2015 to 2018 stretch.

It should be recognized that this rivalry was because of NBA superstar LeBron James’ “GOAT” status at the time. Having gone back to Cleveland in the 2014 offseason, the chatter around the league was the team’s guaranteed spot in the finals.

James’ return to the team started off rocky, he proved the chatter right, bringing the Cavs to the 2015 finals.

On the way to winning the championship in 2014 to 2015, the Warriors had to go through quite the collection of individual studs. To win the title, Golden State were pioneers and defeated the four All-Stars who joined Curry on the All-NBA First-Team.

In the first round, the Warriors swept Anthony Davis and the New Orleans Pelicans in four games but required six games to come from behind and defeat Marc Gasol and the Memphis Grizzlies in the second round. Then in the conference finals, Curry and Golden State made quick work of James Harden and the Houston Rockets in five games before vanquishing LeBron James and the Cleveland Cavaliers in six games to win the title.

Curry stripped James of his “GOAT” status in a historic win that proved how the three-point is highly effective in winning, not just a circus shot meant for the audience.

Curry also proved you can have fun on the court and still win the game.

Anyone can tell James is laser-focused each game and fans who have watched him play for even just one season can tell he is strategic in the way he plays, a lot like many league legends. However, James doesn’t look like he’s having fun, which in turn, is debatably not fun for fans to experience.

With Curry, there is no debate. He looks like he’s actually having fun playing the game, which should be at the core of any player’s mentality going into any game. There’s a carelessness that comes with his playstyle that makes anything he does look easy.

Whether Golden State wins the game or loses, Curry starts each game with an attitude of fun and passion. This makes all the difference for the rest of his teammates but it increases fan engagement and grabs the attention of other players to step up their game.

We’re looking at you, LeBron.

And it’s not just us who think Curry is the face of the league right now. James referred to Curry as the greatest shooter of all time. But we don’t need James to tell us how Curry changed the game. The proof is in the numbers too.

That number has grown exponentially since Curry entered the league — and not the slow and steady pace it was going at before.

And Curry is unquestionably the driving force behind this meteoric rise.

Every time Curry throws the ball up to the basket, it has a higher percentage chance of going in than any other players in the history of the game. Let that sink in for a moment.

Curry is the greatest shooter of all time for reasons other than his accuracy. It’s also his consistency. Curry currently holds the NBA record for most consecutive regular-season games with a made 3-pointer at 157.

And it doesn’t seem to matter what time it is in the game. Curry is liable to go off at any moment, and that is what makes watching him so much more entertaining.

The Portland Trail Blazers were probably already aware of this, but they were embarrassingly reminded in the overtime of Game 5 of their second-round playoff series against the Warriors in 2016 when Curry scored 17 points in overtime to lead Golden State to a 132-125 win in Portland. It set the record for most points scored in a single overtime in NBA history, surpassing the 16 points Gilbert Arenas scored in OT against the Lakers in December 2006.

There have only been nine times when an NBA player converted at least 272 3-pointers in a single season. Curry is responsible for five of them. He was the first player ever to break the 300-barrier and his 402 3-pointers during the 2015-16 season are a single-season NBA record.

His efficiency in that season is just as impressive as the sheer total. It took Curry 886 attempts to make his 402 treys, a 45.4-percent clip.

To put it plainly, Harden converted 378 3-pointers in 2018-19, the second-highest single-season total in NBA history. It took Harden 1,028 attempts to reach that number.

Put some respect on Curry’s name.

The league is constantly changing, and the markers of each era are clear. But Curry’s impact on the league is here to stay.

So if you don’t have a jump shot right now, you might want to start packing your bags.

Shalika Oza is a senior studying journalism and public relations.