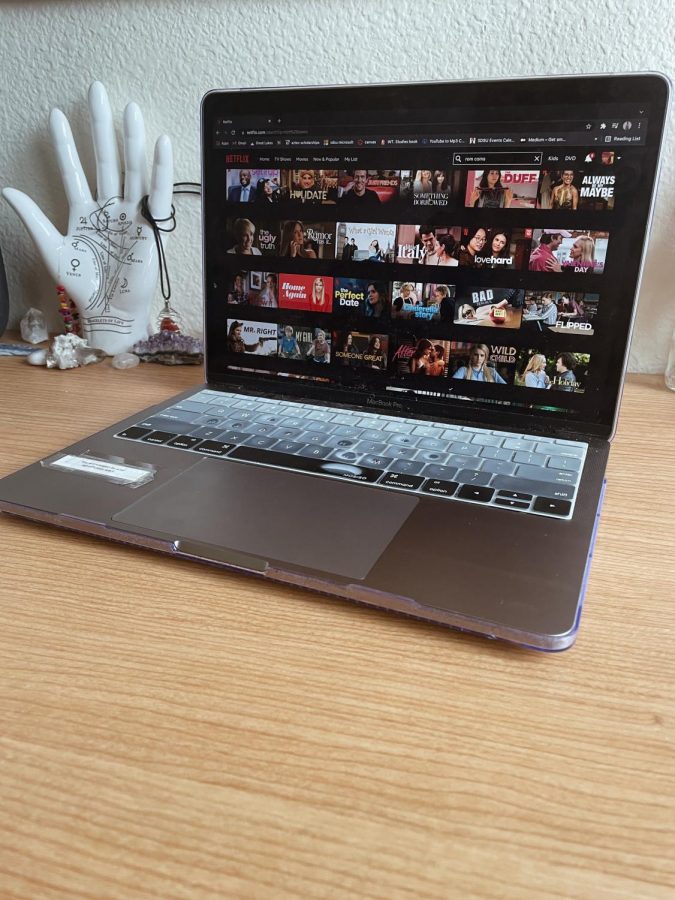 I think it’s undeniable that everyone loves a good romantic comedy. Some of us may not admit it, but we do. However, when watching these movies, some people get the idea that these scenarios can actually happen, meaning you can be leaving for New York and Matthew McConaughey would really chase you through the airport just to confess his love for you and live happily ever after.

I’m sorry, but everybody needs to understand these things don’t actually happen. It would be nice if they did, but they don’t. Rom-coms create this illusion of what it’s like being in a relationship, and these illusions cause people to have high, and sometimes unrealistic, expectations.

Elements of rom-coms are based on the idea of a “perfect relationship,” a fantasy, meaning no matter the situation, you will always find love. Some of these elements include an unnecessarily handsome man running through airports, and someone getting sick and/or in a car accident.

Now, I think it is safe to say you cannot do a rom-com without a good-looking leading man. You know, the guy who has the body of Chris Hemsworth and the sense of humor of Ryan Renolds, who later shows he can be sensitive and vulnerable. Do you know how hard it is to find a guy with these qualities in the real world? It’s like trying to find the gold at the end of the rainbow; it’s ridiculous. I mean, no offense, guys; I’m sure you’re great, but let’s be real.

This idea of the perfect man allowed people to develop the assumption that this is what men are supposed to be — nothing less than perfect. Well, I hate to burst your bubble, but nobody is perfect (except Hemsworth, but that’s a different conversation). Instead of finding “perfect” partners, people should find happiness that makes it perfect.

I know this is a big part of rom-coms, especially in the 1990s, but I have to be the one to say it: There is no need to chase someone through an airport! It is unnecessary and basically an opportunity for you to say you exercised. Also, did it ever occur to anyone to call her/him before doing that? They could’ve saved a lot of time by just calling their house or cell phone — and I know cell phones were already invented, so there is no excuse.

Now, I get that running through airports was actually doable prior to the 2000s and 9/11, but if you try to do that today, you will get tackled by airport security. It is also unrealistic to believe you will be able to get through every single line and get to him/her before the plane takes off. People barely make it to their own flights because of the lines, let alone trying to catch someone before he/she gets on their flight.

At this point, I probably have ruined rom-coms for everyone and should stop while I’m ahead, but I’m not going to, so I just want to ask this: Why does someone always die and/or almost die in rom-coms?

This obsession with people getting sick or getting into car accidents is honestly a bit morbid because these fictional people are suffering for our entertainment. Yes, you do see two people trying and fighting to stay together, even in the worst moments of their lives. “Love conquers all,” but if you think that this would happen with a person you have known for a couple of weeks, well… good luck with that.

I’m not saying rom coms are bad.They’re actually very entertaining and are satisfying for when you need a good cry. You just have to find the balance between fantasy and reality because rom-coms are not reality. Once you find that balance, rom-coms can go back to being fun rather than expectations for your love life.

So, with that being said, grab some food and your comfy pants and let’s watch McConaughey run through an airport and live happily ever after.

Meghan Ellis is a senior studying rhetoric, writing and Spanish.