Perspective: America, this is getting exhausting 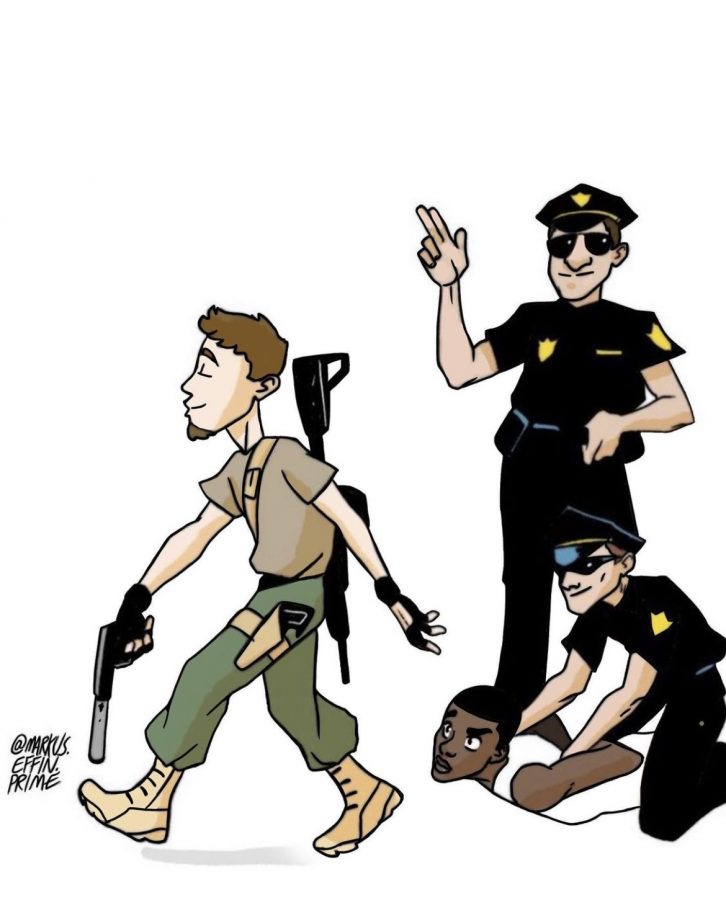 Imagine growing up as a kid and your parents having to explain to you that certain people won’t like you just because of your skin color.

As you get older, imagine your parents having to explain to you to be mindful of how you present yourself to white individuals so they won’t negatively generalize your community.

Lastly, imagine your parents having to teach you that the justice system in America wasn’t built for people like you. Instead, if you were to get unjustly murdered by a white man on your way to get a pack of skittles from the corner store or while on your morning jog, America would find some way to demonize you, not the perpetrator.

Ah, if you imagined all of those scenarios and thought to yourself “hm, that would be hell” — welcome to the life of the average Black American, my friend.

In all honesty, I’m tired of talking about my experience as a Black woman in America because it seems to just be an echo in a void.

My parents always taught me “stand up for what you believe in,” implying that if I do, things will surely change, but damn, my people have been doing that for centuries and we still have to deal with the modern day Jim Crow Laws.

The verdict for now 18-year-old Kyle Rittenhouse who murdered two people and injured one in Kenosha, Winscosin during a protest against yet another Black man being shot by the police shattered any hope I had for humanity.

When late civil rights activist Fannie Lou Hammer said the words “I’m sick and tired of being sick and tired” in 1964, she unknowingly created a phrase generations of her community will continue to say and experience.

Now in 2021, I can physically and emotionally feel the weight of injustice and trauma white America has bestowed on Black Americans.

Living in America as a person with pigmented skin who is expected to dismantle a system that was built against them while educating certain people on how to treat others as human beings is like getting sentenced to life in prison for someone else’s actions that you took no part in.

There’s this theory in media studies known as the  “desensitization theory” where it says repeated exposure to certain aggressive behaviors or violence in the media causes an individual to normalize those behaviors. It later leads them “to have the capability of acting aggressively without experiencing negative emotions that would, under normal circumstances, circumscribe aggressive behavior.”

I think it’s safe to say after years of learning about the horrors of slavery in history classes on top of seeing death after death of a Black man or woman at the hands of a white man on the evening news numbed a lot of us, especially people like me.

I want so badly to end this article with a positive message or quote from someone like rapper Tupac who said “oh child, things are gonna get easier,” but I can’t say something that I don’t believe.

Aaliyah Alexander is a junior studying journalism and international studies.