The best romance movies for your Valentine’s Day film marathon 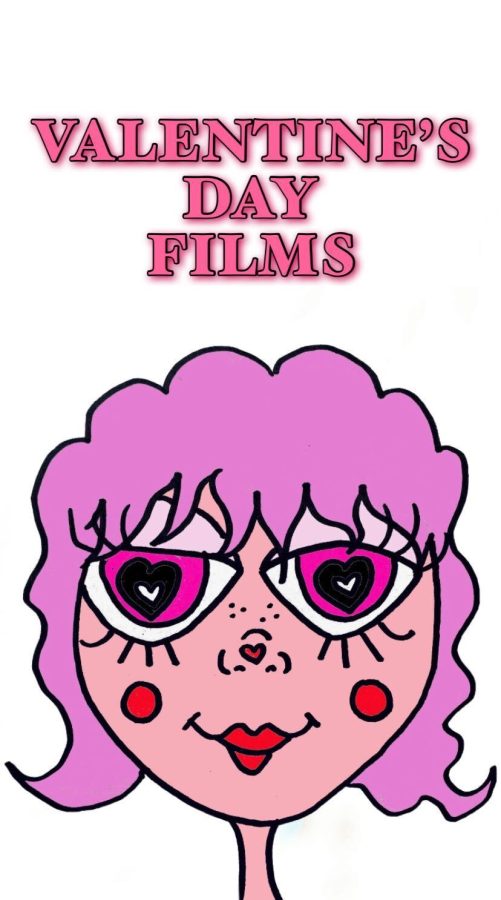 Nominated for Best Picture at the 2016 Oscars, “La La Land” submerges its audience into the dreamy romance of two aspiring artists striving to make it big in LA. Sebastian, played by Ryan Gosling, and Mia, played by Emma Stone, seemingly meet by fate after several rocky encounters. Bent by spending more time focusing on their newfound success, they are faced with decisions that will put their seemingly perfect relationship to the test. Director Damien Chazelle’s cinematography and use of color transports the audience straight into the film’s vibrant feel and musical atmosphere. This modern-day musical will wreak havoc on your emotions and pull every one of your heartstrings. This is the perfect romantic watch to get you in your feels — so have tissues on deck!

A beautiful and raw depiction of newfound love, “Portrait of a Lady on Fire” follows the narrative of two women falling into forbidden love in the late 18th century. Marianne, a profound painter, is assigned to create a portrait of soon-to-be-wedded Heloise, who isn’t supposed to know of Marianne’s obligations. Marianne is forced to study Heloise’s features on their daily walks to properly carry out the portrait. Figuratively speaking, every scene in this French film is its own painting, as the colors and attention to detail are intoxicating and leave us wanting more. It’s a gut-wrenching illustration of queer love when it was seen as so uncanny; this is a great film to add to your Valentine’s Day watchlist (once again — have tissues nearby!)

Starring Adam Sandler and Drew Barrymore, this feel-good rom-com is a great Valentine’s Day watch to lift your spirits. It’s definitely a more comedic and casual watch than the previous films on this list. On the tropical island of Oahu, Henry Roth falls in love with Lucy, a girl who suffers short-term memory loss, and he’s forced to re-win her love every day. Sandler and Barrymore have shared chemistry on the screen quite a few times (“Blended” and “The Wedding Singer”), and the hilarious duo never disappoints for a good laugh. If you’re in the mood for a rewatch of this classic 2000s movie, it’s bound to rekindle some childhood nostalgia.

Loosely based on Shakespeare’s “The Taming of the Shrew,” this high school rom-com has a way of roping its audience in to fall in love with all of the charming characters. This iconic ‘90s film is known for its fantastic script, cast, and unforgettable performances. Kat Stratford, played by Julia Stiles, wants no parts of the dating scene, but her younger sister isn’t allowed to date until she does. Kat is set up with a potential date and soon crosses paths with the infamous Patrick Verona, played by Heath Ledger. However, for Patrick to get closer to her, Kat first has to learn to let her guard down. The chemistry Ledger and Stiles bring to their roles and the epic storyline makes this movie one of the greatest teen rom-coms ever made. You can’t go wrong with a rewatch of this angsty-cute and heartwarming film.

If you’re looking for a Valentine’s Day watch that will hug you, then slap you across the face, look no further than “500 Days of Summer,” starring Joseph Gordon-Levitt as Tom Hansen and Zooey Deschanel as Summer Finn. The film follows two timelines: the flourishing beginning of their romance; and the second, when things seem to grow complicated between the two. We follow the point of view of Levitt’s character Tom as he tries to figure out where things went wrong. The audience is warned at the beginning that this isn’t a love story, but a story about love, letting us know the emotional rollercoaster we’re about to go on. This is one of those films you have to watch at least once, and a great time to do that would be in the prime time of love this February.

Winning a handful of awards for its breathtaking screenplay, “Eternal Sunshine of the Spotless Mind” is a one-of-a-kind sci-fi romance with incredible performances by Kate Winslet and Jim Carrey. After Joel finds out his ex-girlfriend Clementine undergoes a procedure to erase him from her memory, he does the same. He soon regrets this mistake as he painfully relives their many memories, and realizes he still loves her as she begins to slip away. The film’s emotional center whips us around snippets of various stages in their relationship, further roping the audience into their emotional story. Director Michel Gondry’s beautiful cinematography compliment’s the unraveling of their romance beautifully. The complexity of Joel and Clementine’s story don’t make this movie a casual watch, but those very elements are what makes this psychological romance so good nearly 18 years later.

Well-paced with a powerful Black cast and a fantastic soundtrack, “Poetic Justice” follows the romance of Lucky, played by Tupac Shakur, and Justice, played by Janet Jackson. Justice, who deals with recent grief and the hardships of growing up in South Central L.A. by writing poetry, is forced to get closer to Lucky when invited to join some friends on the car ride to a work trip to Oakland. We’re brought along their journey of discovery and love as we learn the emotional background of all the characters. This film shows the beauty of finding someone to share the seemingly unconquerable troubles faced in life with and is a great emotional watch with touching themes.

Of course, this list must end with a true classic in the romance film realm — a screen adaptation of the best-selling Nicholas Sparks novel. An old man reads aloud the story of young love to a woman with Alzheimer’s. Written in a faded notebook, he tells the story of starstruck teens torn apart from the harsh conditions of World War II, brought back together seven years later after taking new paths in their lives. “The Notebook” has been a fan favorite to ‘rom-dram’ lovers since its debut in 2004, and for valid reasons too. This tender story of love will put you through the works and have you thinking about how time slips through our fingers quickly and without warning. Actors Rachel McAdams (Alli) and Ryan Gosling (Noah) share a chemistry that goes beyond the screen, pulling us into their emotional love story. A watch (or re-watch) of this ageless romance will have your eyes glued to the screen and leave you wanting more.