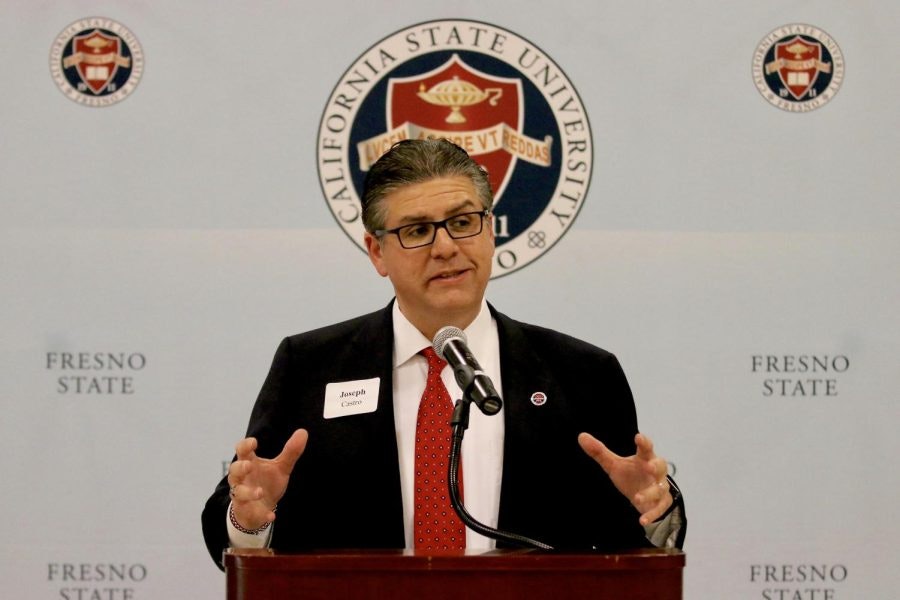 Courtesy of the CSU Student Wire

Dr. Fred Lamas was granted a $260,000 settlement and received a letter of recommendation from Joseph Castro after sexual assault allegations led to his termination.

Chancellor of the California State University system, Joseph Castro sent out an apology en masse on Feb. 4 to the CSU system regarding Dr. Fred Lamas being granted a $260,000 settlement and a glowing letter of recommendation from Castro after Lamas was accused of sexually harassing and bullying students and fellow faculty at Fresno State.

At the time of these events, Chancellor Castro was the President of Fresno State. USA Today reported on Feb. 7 that Fresno State “stonewalled the investigation for over a year” and required non-disclosure agreements even to begin investigations into the allegations against Lamas.

With the reports of Chancellor Castro’s actions surrounding the Lamas investigation, State Senator Connie Leyva (D-Chino), the Chair of the Senate Education Committee, has called for an immediate investigation into the actions of Chancellor Castro. When asked about her thoughts moving forward, her office responded, “the Senator is unable to provide comment at this time related to the Chancellor’s reasoning and/or recent public comments.”

She has called for the resignation of Castro if the allegations against him are proven true and stands by this position wholeheartedly.

Michael Uhlenkamp, the Senior Director of Strategic Communications and Public Affairs, reiterated the message from the Chancellor and reinforced the position that Chancellor Castro has taken regarding his regret for the writing of a glowing letter of recommendation.

Uhlenkamp responded that the Chancellor “would have characterized Dr. Lamas’ departure from Fresno State differently in the communications that went to the campus after the university was finally able to sever ties with him.”

The question of investigation brought up by Senator Leyva will not be discussed by the CSU Board of Trustees until Feb. 17, and Chancellor Castro has welcomed an investigation into this matter as of Feb. 4.

If the Chancellor, in his position of President of Fresno State, indeed did hold off on investigations for over a year after allegations were first brought against Lamas, then his letter of remorse seems to have some misleading information surrounding the expediency of Lamas removal.

If the Chancellor defended Lamas for over a year, let him leave the CSU system with over a quarter of a million dollars and a letter of recommendation that would allow him to be able to teach and take part in academia, then there is a CSU wide concern surrounding the Chancellor’s ability to protect students and faculty if they are harassed or bullied.

On Feb. 5, Fresno State students held a protest calling for the Chancellor’s resignation over his handling of Lamas. These students’ demands should be taken into account surrounding Castro’s investigation.

In his message to CSU students, Chancellor Castro’s final paragraph is: “We must do more—and we will do more. I am fully committed to working with our campus presidents and the CSU Board of Trustees on these critically important issues, and I pledge to continue to do so until the California State University becomes a national model for the prevention and redress of sexual misconduct in all its forms,” seems to struggle with the allegations now being laid against him and Fresno State.