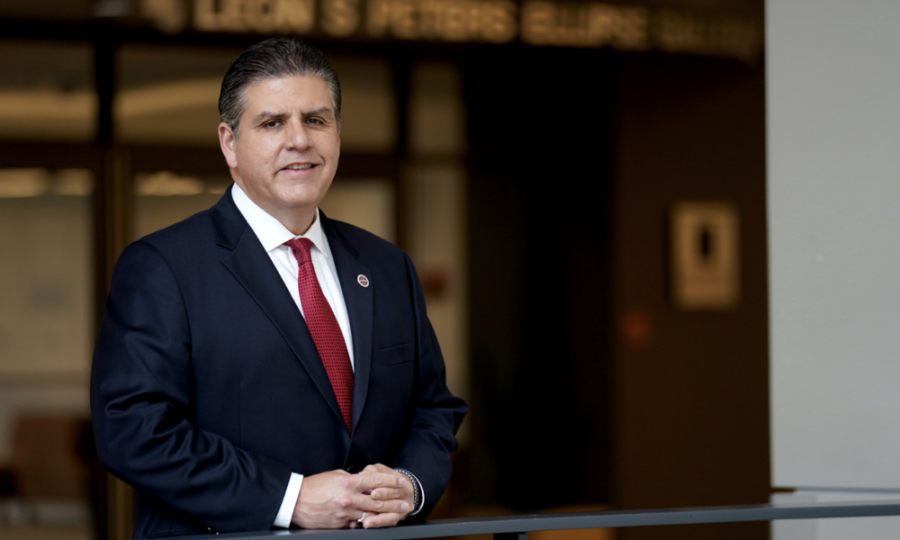 Photo courtesy of the CSU

After criticism from the press and from within the CSU system, Joseph I. Castro stepped down from his position after just 13 months as CSU Chancellor.

California State University Chancellor Joseph I. Castro submitted his resignation to the Board of Trustees last Thursday.

The board accepted Castro’s decision after a recent USA TODAY report revealed Castro’s mishandling of sexual harassment complaints against a former employee during Castro’s tenure as president at Fresno State.

Castro has faced public backlash and criticism since the report’s release along with other CSU presidents calling for him to resign.

“I have been honored to serve the California State University for more than eight years, including as its eighth chancellor, and the decision to resign is the most difficult of my professional life,” Castro said, in a press release Thursday night.

“While I disagree with many aspects of recent media reports and the ensuing commentary, it has become clear to me that resigning at this time is necessary so that the CSU can maintain its focus squarely on its educational mission and the impactful work yet to be done,” Castro continued in the press release.

The Board of Trustees is currently working on finding a replacement for Castro. Steve Relyea, the CSU Vice Chancellor and Chief Financial Officer, will be stepping in as Castro’s interim replacement until the new Chancellor is named.

“I support Chancellor Castro’s decision to resign,” California State Student Association member Shawki Moore said. “Sexual harrassment allegations and Title IX complaints are very serious matters, and I know many students who were extremely disappointed and disturbed to learn details of the settlement and letter of recommendation Chancellor Castro had given to former Fresno State vice president of student affairs.”

“It saddened me because you also feel for the survivors, and you feel for all of the people that stayed quiet and then had the guts and had energy and just the willingness to say something,”  California State Student Association Vice President of Systemwide Affairs Fabiola Moreno Ruelas said. “And then after saying something, nothing happened.”

CSSA president Isaac Alferos said in a statement that he would like to see an independent investigation of Castro’s mishandlings. He also urged victims of sexual harassment to take the time to heal.

“I will add that I support an independent investigation and any efforts to better understand what happened,” Alferos said in the statement. “More important to me, though, than the attention of the article or the merits of justification is the health and wellbeing of the many survivors in the CSU community.”

Ruelas also said this situation is a reminder to everybody to reevaluate the existing CSU Title IX policies and she urged more CSUs to offer support services to sexual assault survivors.