Student excels in fashion design with results to match 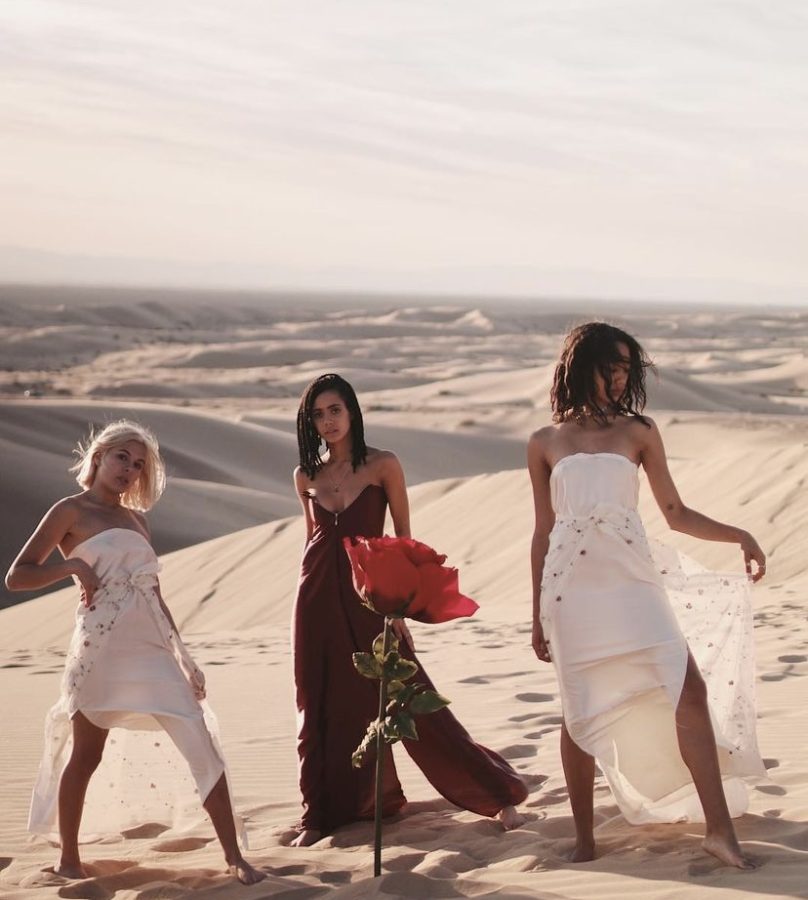 Schneider-Reuter designed all the clothing for her desert photoshoot.

Sometimes things work out for the better, even if one has no idea what they’re going to do with their life, or at least it did for Faith Schneider-Reuter.

Schneider-Reuter is a senior studying Interdisciplinary studies, business marketing, communications, and graphic design at San Diego State. She is originally from Humboldt, California, and moved to San Diego to attend SDSU.

When she was a senior in high school one thing was for sure, she developed a love for fashion like no other.

“I made my senior prom dress out of fabric that I found at a thrift store. After that, I was like ‘Oh I really want to do this’ so after that, I kept making clothes,” Schneider-Reuter said. “I didn’t really know what I wanted to do so I decided not to do fashion school and I ended up at SDSU.”

This path wasn’t always something Schneider-Reuter knew she wanted to pursue. When she was 16 years old, she graduated high school with no plan in mind.

She had a lot of interests, but wasn’t certain if she wanted to go to fashion school. Sometimes, she wished SDSU had a fashion degree, but ultimately she’s glad they don’t because being self taught when it comes to fashion and sewing makes one well versed in the fashion industry.

“You learn certain techniques of how to make clothing a traditional way, and I feel like I want to go about it isn’t traditional,” Schneider-Reuter said. “So, I feel like I’m glad I didn’t get that traditional learning skill set and even though I mess up sometimes and it’s not right, I kinda like that.”

Schneider-Reuter’s time at SDSU has allowed her to expand into many different areas of interdisciplinary studies and helped her decide the path she wants to take with fashion.

In one of her marketing classes, an assignment of hers was to reach out to someone she admires, and this turned into a great opportunity.

“There was a lady named Riza Clave. I reached out to over Instagram DM (direct message) I think my sophomore year… and she’s a custom clothing designer for artists in L.A.,”  Schneider-Reuter said. “I reached out to her on Instagram as an informational interview.”

The stars aligned for Schneider-Reuter when Clave reached out to and mentioned an internship program for college students – and the rest was history. She started a mentorship program under Clave where she learned the ins-and-outs of the fashion industry and pursued her interests.

Through the internship, Schneider-Reuter was able to show her designs at San Diego fashion week.

“So, that was my first big showing of my designs and kind of coming out as a ‘designer,’” Schneider-Reuter said. 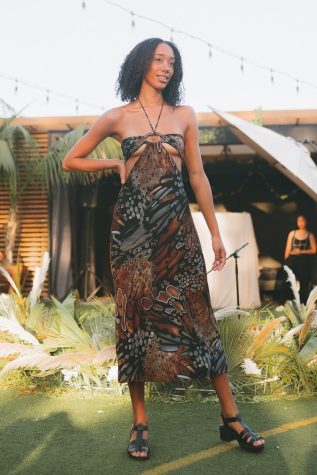 Learning under Clave was a good life lesson for her because now when she approaches anyone in the fashion industry she always goes up to those she wants to learn from.

In the last year since San Diego Fashion Week, Schneider-Reuter waited to release anything but still created new items. When the COVID-19 pandemic began, she started selling masks and gave out 500 masks to black students in Humboldt.

After spending all that time creating masks, she felt a little burnt out. This year she’s focusing her time thinking about her next step on how to gradually enter the fashion industry.

“Just because there are so many problems with it. With fast fashion and like the buy and giveaway consumer mindset we have,”

Schneider-Reuter said. “So I’m trying to intentionally move into that space, with consciously shifting that mindset somehow through my clothing.”

At the end of the day, she is still figuring things out and trying to pursue something she loves while hoping to make it even better.

“I want to change the idea of what fashion is,” Schneider-Reuter said.