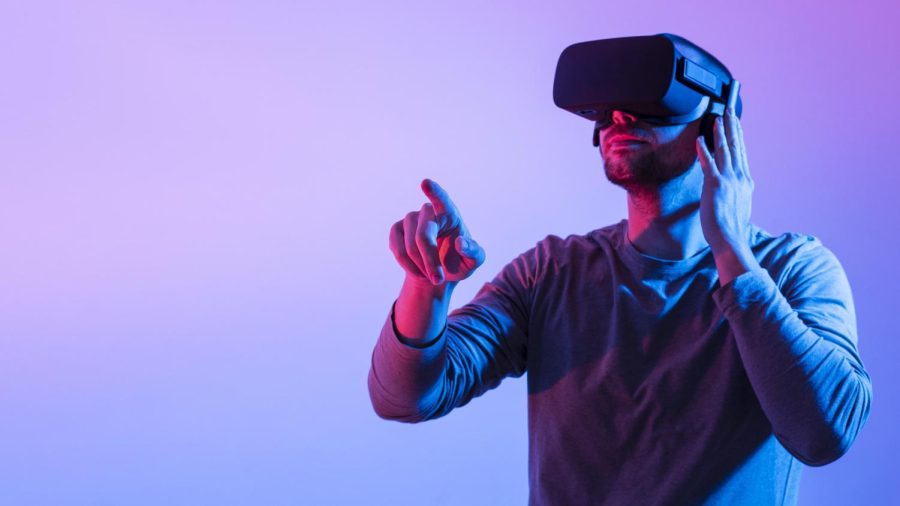 Some students thought the fee's main focus was to bring Virtual Reality sets to courses.

The action to recommend the “Accelerating Technology and Sustainability” fee to President de la Torre did not pass last Friday after student opposition and confusing forums.

“From an ethical standpoint, the presentations that were presented to the students are not what was approved in CFAC. The fact that the presentations were changed from forum to forum is not fair for us to look at the data and make a conclusion,” A.S. student at large Alexia Orduro said.

CFAC proposed the fee to compensate for the loss of the Higher Education Emergency Relief Fund III (HEERF III) which provided higher education institutions with over $36 billion to ensure that learning continued throughout the COVID-19 pandemic.

The university was using a portion of the HEERF III funds received in order to provide 24/7 support for platforms such as Canvas and Zoom.

The proposed fee had three different price levels of $249, $199, or $174 per semester. The fee, if approved, would begin in the fall of 2022 and would be adjusted annually according to the Higher Education Price Index (HEPI).

650 students attended the forums. Of the students who provided feedback, 62% voted in opposition of the proposed fee.

The “Accelerating Technology and Sustainability” fee was considered through an alternative consultation process from Feb. 15 to March 11, in which the CFAC held 39 open forums outlining the services the fee would provide.

Students who were unable to attend any of the 39 forums could visit SDSU Testing Services during business hours to view the presentation and provide feedback.

The fee would also apply to SDSU Imperial Valley (IV) students. CFAC held only two open forums at the Imperial Valley Campus, but students unable to attend the forums could visit the IV campus library to view the presentation and provide feedback.

Shawki Moore, AS Vice President of External Relations, mentioned misinformation that was presented to students at an open forum held for the Afrikana Student Union.

“In the African Student Union, there was a comment made by a presenter that if this fee does not pass through, Canvas will go away. That is the type of, I would say, malpractice or misinformation that was given to a lot of our students,” Moore said.

The CFAC affirmed the integrity of the open forums in response.

CFAC’s website states that the fee would result in the “sustaining of robust digital infrastructure and services for students, including 24/7/365 support for Canvas, more staff for the campus computing hub, better wireless connectivity across campus and modernized classrooms.” A feature of the fee was an esports and virtual reality program.

The  sustainability aspect of the fee would result in subsidies to incentivize mass transit use, additional staffing for sustainability projects, and sustainable energy and infrastructure.

The CFAC meeting on March 11 was open to the SDSU community as a final chance to offer feedback on the “Accelerating Technology and Sustainability” fee before the committee voted on its recommendation to the university president.

“Over the course of the last eight years, I’ve seen technology advance and grow. It’s turned from something that is nice to have into an essential need. Hopefully we can get this fee passed and make sure that SDSU students are successful eight years from now,”  graduate student Ethan Garcia said.

Some students commented on the fee and how it may impact marginalized students in negative ways.

“I am here to uplift the voices of underrepresented students. We are not in favor of this fee, as this is an uncapped fee. This will cause undue burden on the students and this should not be on the backs of students who are already paying an immense amount of money for their education,”  psychology fourth year Elisa Mendez said.

Mendez is co-president of SDSU’s Movimiento Estudiantil Chicanx de Aztlán (MEChA), a student organization advocating for Chicanx students. MEChA published a letter addressed to President de la Torre encouraging CFAC to vote no on implementing the proposed fee as they “fear it will disproportionately impact Black, Indigenous and other students of color.”

The current climate between the university and students of color was brought up in Friday’s meeting multiple times, as various incidents such as the rescinding of a Black music archive, changes to the University’s land acknowledgement policy, and the reassignment of a professor who repeatedly used racial slurs in his classroom have been ongoing.