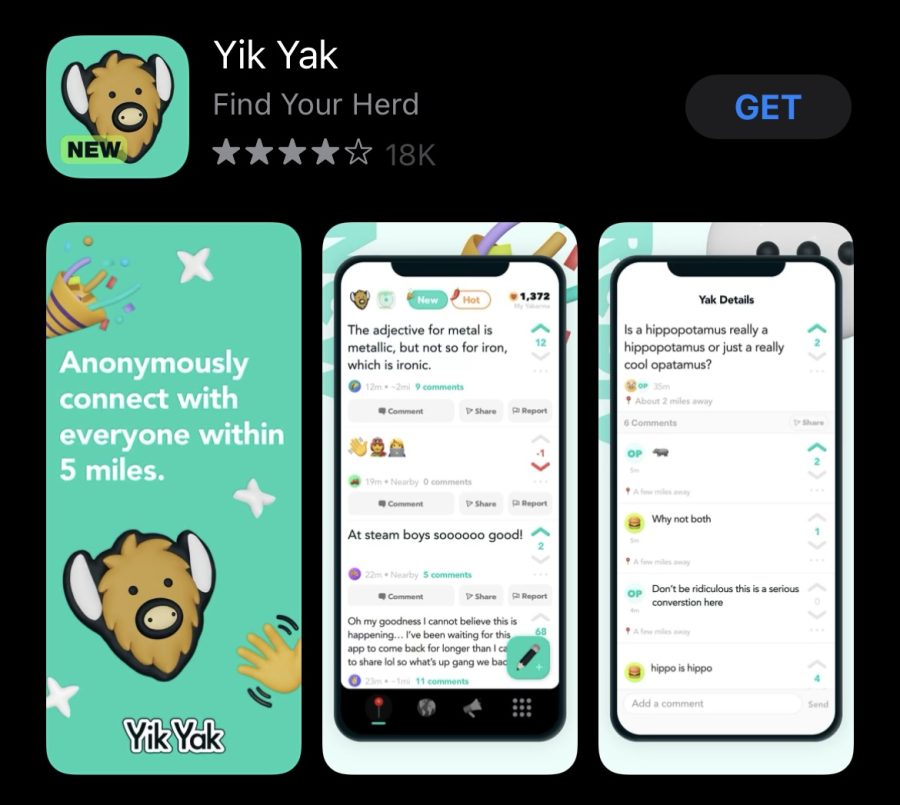 As the fall semester wrapped up for college students in Dec. 2021, we unfortunately witnessed the return of an infamous social media app – Yik Yak.

Yik Yak is a social media app that was extremely popular in the early 2010s until it was removed from the app store in 2014 due to connection to bomb threats, sexual harrassment cases, and discrimination. As of Aug. 16, 2021, it officially returned to the app store and to the San Diego State campus.

For students who are seniors now, this app is hauntingly familiar. This is because most of us grew up with a social media website called Ask.fm, which was a pretty toxic forum for cyberbullying.

An aspect Ask.fm and Yik Yak share in common is the element of anonymity. This feature of both sites is easily the reason why they have been so toxic to their users and reputations.

More specifically, Yik Yak differentiates from others for two main factors: Anonymity and a five-mile radius of networking. The app only requires a phone number or email upon signing up, and the rest is anonymous. Essentially, it seems it was designed for college campuses while appealing to high school campuses because of local event announcements by users or from getting to share opinions about certain topics related to college-aged individuals . It works because, generally at large universities, a large amount of the population lives on or near campus, with SDSU being an example where nearly 15% of the population lives directly on campus and many within the college area.

Early into fall semester, it became clear that Yik Yak was going to be extremely popular on our campus. On a day-to-day basis, I usually see Yik Yak posts pop up within five to 10 minutes of each other. Anyone who has used this app probably has an inkling of what the majority of these posts are, and I can conclude that the majority are extremely negative and problematic, to put it lightly.

Scrolling through the feed on a Monday night of finals week, the app is flooded with posts about substance abuse, vulgar and degrading comments and some occasional cyber bullying. One of them even attempts to make a “joke” about a certain campus community harming other students.

Growing up as digital natives, it can be easier to say things behind a phone or computer screen instead of engaging in face-to-face interactions. It’s made even easier, when you don’t even have to provide any identification, and you don’t have to worry about being “exposed” at all since the app itself doesn’t even know who you are.

That all being said, I think Yik Yak is a toxic place that isn’t really beneficial to our campus.

While I can see how it might be entertaining for mindless scrolling, there are some clear issues with it that will escalate later on. There are so many questionable posts on the app that go beyond the targeted bullying of specific students or communities. Posts including allegations or concerning mental health issues frequently pop up and they are not taken seriously unfortunately.

Overall, the app has too many red flags.

After posing questions about the app to staff in the Student Affairs Division at our school, they generally had yet to hear about its existence, let alone any troubles with it. Honestly, this surprised me given the severity of some of the activity on the app. However, that implies that students are not taking any of these matters to anyone higher up, even when posts are concerning.

Only time will tell if Yik Yak will retain its popularity as we head into spring semester. It feels like an app that will die out like other microtrends, or it will lose traction.

Either way, it would serve everyone if the activity on the app returned to a place for entertaining posts. Until then, I hope the app doesn’t produce bigger problems on our campus.