Column: ‘Love Jones’ is a true love film made for soulmates 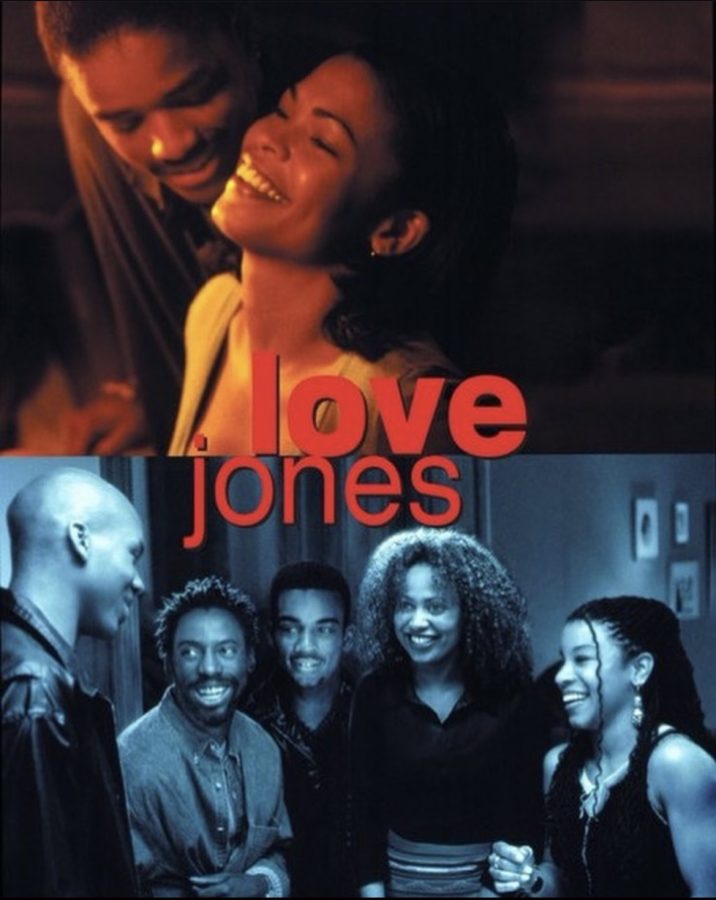 The film poster for 'Love Jones' shows off the all-star cast of Black actors led by Larenz Tate and Nia Long, whose characters' love story provides the crux of the film.

Love, sex and magic make up one of life’s most mind-blowing combinations and few films have taken their time to explore that reality as thoroughly as “Love Jones,” even 25 years later after its release.

Set in Chicago, viewers follow Gordon Parks-influenced photographer Nina Mosley as she embarks on a journey of singleness when she meets enchanting writer Darius Lovehall at a nightclub before he shoots his shot by performing his seductive ode “A Blues for Nina.”

The two unexpectedly begin a “Black-and-proud” romance where they sophisticatedly spend time “just kickin’ it” versus pursuing something serious with the “help” of their friends. Their friends include Bill Bellamy, Lisa Nicole Carson and a pre-“Grey’s Anatomy” Isaiah Washington, who balance being both urban and civilized – showing Black friendships play a large part in Black love culture and its success.

In addition to knowing how to woo each other, Nina and Darius also know how to have fun together, asserting their power to connect with lovers in the audience decades after its release.

From Darius’ sexually charged “Look, Nina – I just want to come up and talk,” after fiercely making out with Nina on the steps outside of her place, to Nina using photography as a medium for sensual exploration after instructing him to strip on camera, they both establish themselves as each other’s muse.

Lovers watching would instantly relate as they, too, want to spend every waking moment with their significant other – drawing inspiration from them, devoting time to satisfy them and engaging in the same type of love, sex and magic Nina and Darius do.

To harmonize with this passionate love story, the regal soul soundtrack is sweet, sensual and sets a sentimental mood. With help from Groove Theory, Kenny Lattimore, Lauryn Hill, Xscape, Duke Ellington, Maxwell and others, this collection of neo-soul, jazz and R&B adds flavor to the narrative of enchantment.

The music itself has the power to be the film’s sole element in terms of illuminating Black love. However, the way the love story is told does it all on its own. There aren’t many feature films that center Black love completely, but Witcher fulfills his responsibility to prove young Black people can certainly be enamored with each other.

It doesn’t take much to see the chemistry between Nina and Darius is real, raw and rare. It has less to do with their shared culture and everything to do with their belief that destiny brought them together, intensifying their infatuation. Their love doesn’t make sense but when is the love between soulmates ever supposed to make sense?

With this idea holding prominence, Nina and Darius can easily become the obnoxiously intellectual couple to avoid at all costs – quoting writers like Sonia Sanchez and George Bernard Shaw to each other and enjoying jazz greats like Charlie Parker and John Coltrane together. Luckily, the two possess enough charisma to entertain their tunnel vision for one another in a seductive climate, placing them far from exhausting and annoying.

So, why talk about “Love Jones” 25 years after its release?

There’s one ultimate reason: This is certified lover stuff.

This film never promised to turn viewers into lovers but to rather take the audience on a wild romantic and sexual arc anyone – last name Jones or not – can grip tighter than a pair of bed sheets.

After 25 years, “Love Jones” deserves to rest on a pedestal of critical acclaim for its nuanced and powerful complexities. It accentuates every sequence of love, sex and magic – from hopeful to crazy, to slow-burning to endless romantic possibilities.