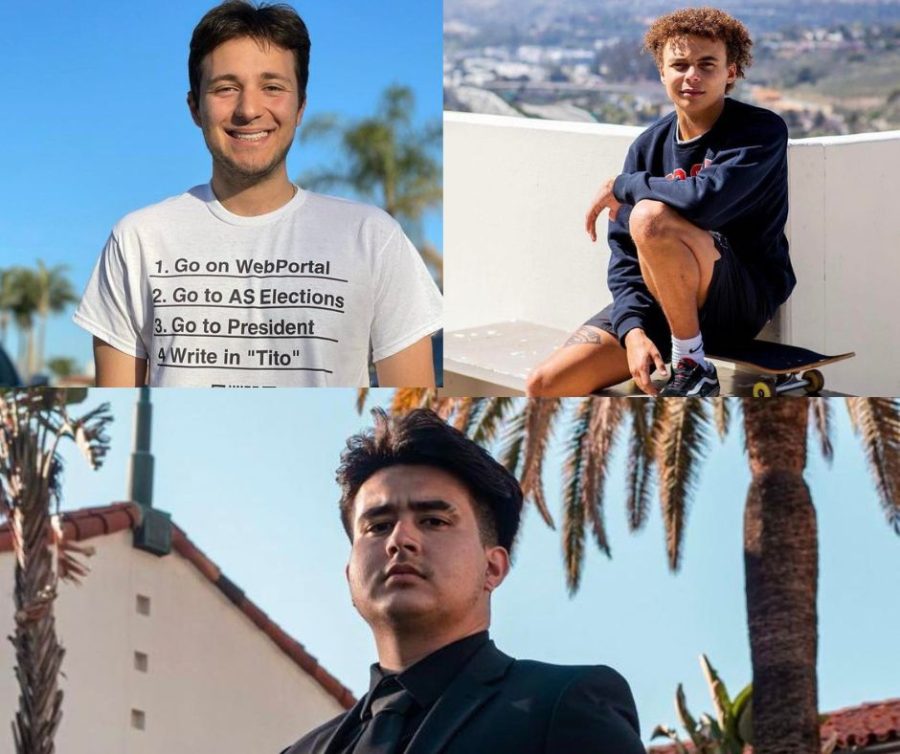 Courtesy of the three candidates

Three write-in presidential candidates have appeared on the scene of the Associated Students elections.

Hullum filed an elections violation complaint against Jacinda Molina for allegedly having a conflict of interest and violating elections codes. The JAC ruled there was no violation after a meeting on Monday morning.

“It’s not just for my little brother, it’s for everybody’s little brother,” Hullum said, about why he decided to run last minute. “I feel like write-in candidates are not set up for success.”

Hernandez, who is the College of Engineering president, is endorsed by The Show and by the popular Instagram account, @Aztecmemes. Aztecmemes operator Sean Stouffer hosted a Q&A session with Hernandez on Monday night.

“Be wary of politicians,” Hernandez said. “That is the complete opposite of what I am. I am not a politician…the whole suit and tie aspect, I don’t like. It really feels disingenuous and I wanted to run a campaign that was who I was.”

Hernandez’s main goals if elected are to increase transparency in A.S. and create more post-graduation career preparation opportunities for students.

Ochoa is a Residential Advisor, Ambassador and the current Recreation and Wellness Commissioner of A.S. He discussed having better representation for identity organizations and other groups on campus.

“I feel like there really is a disconnect with those identity resource centers,” Ocha said. “I understand that feeling of…not getting the recognition that A.S. gets.”

Voting opened on Monday March 21 and will close this Thursday March 24.

Election results will be announced on the last day of voting at approximately 9 p.m.