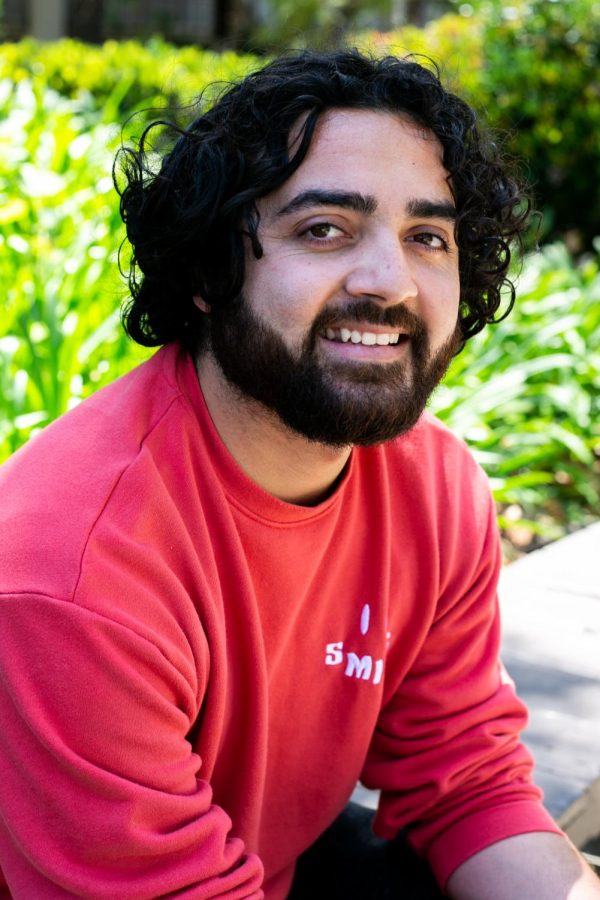 Staff writer Gabriel Schneider has been named the next editor in chief of The Daily Aztec for the 2022-2023 academic year.

Schneider is a transfer student from San Diego City College and the former editor in chief of the City Times.

“I look forward to having a second ‘go-around’ as an editor in chief,” Schneider said. “There will be more staff writers under me and more editorial roles to manage, but I’m super excited and I’m ready to see what the team and I can accomplish. There are a lot of things we can experiment with to really expand The Daily Aztec.”

Schneider joined the Marine Corps after high school and served for four years before going to college.

He initially was interested in pursuing kinesiology but found it did not spark any passion for him.

“While I was doing kinesiology, I just felt like there was no passion in it,” Schneider said. “I had a writing class, it was just a basic English class, but we had a writing assignment and it was going over my own past and writing about it. There was this feeling that I got from it that I couldn’t explain but I knew I liked it.”

“That journalism class over at City College kind of just took my attention full-heartedly,” Schneider said. “It was different from creative writing because it allowed me to not only express my own thoughts, but express those of the people I interviewed. It put me in the position where I was expanding my mind and was always learning.”

Schneider plans to prioritize helping his staff writers and editors to expand their storytelling through multimedia and social media to help them get hired post-graduation.

He also wants to make The Daily Aztec a platform where everybody in the SDSU community can voice their opinions.

“I want participation but also open communication (with my future staff) because I’ve been burnt out and stressed out in these roles in the past,” Schneider said. “I don’t want that for my staff so we can prevent that by being organized and prioritizing open and constant communication.”