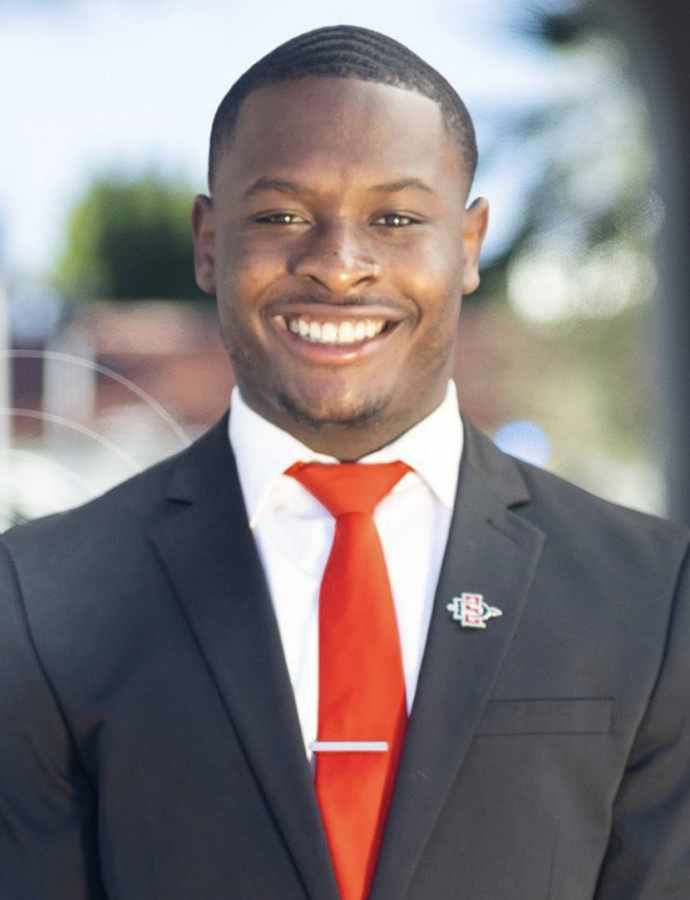 The results are in and Shawki Moore will be San Diego State’s 2022-2023 student president.

While Moore was the only official candidate on the ballot, he was challenged by three write-in candidates for this position at the last minute: College of Engineering President Tito Hernandez, Interfraternity Council President RJ Hullum, and A.S. Recreation and Wellness Commissioner Orlando Ochoa.

Out of all the write-ins, Hernandez had the most votes with 867. Some students said the numbers may have been closer to Moore’s if Hernandez ran officially, had more time to campaign and had his name on the ballot.

“Having this much support as a write-in feels amazing,” Hernandez said. “My experience with this election was fantastic. I was able to meet so many people, hear so many voices, and be able to make at least a small difference in people’s lives.

Hullum who had 216 votes and Ochoa who had 41 votes came in as runners up.

“I went into this election with neither a win nor loss, but to become better after it which I definitely did experience,” Hullum said. “Having the support of my peers meant so much to me. To feel believed in and trusted, it was awesome.”

Ochoa, who had been involved in student government since middle school, said being a write-in candidate can make a difference.

“As you all got to see, all three write-in candidates had a different approach to their campaigning,” Ochoa said. “However, I feel like we were all trying to show the student body to not be afraid to be a write-in candidate.”

All three candidates are graduating this coming year but have plans to develop their ambitions into their future endeavors.

A word of advice from Hernandez for future students if they consider running for A.S.:

“Be genuine, be different, be you. I got the highest percentage because people saw the genuine me and I announced it two days before elections started. I ran the campaign myself, after only a day and a half of branding. As long as you have a vision and a plan, you can be successful.”

Moore is preparing to swear in on May 4 beginning his first term for official presidential duties.

Here is what Moore had to say when asked about his election:

How does it feel to win?

“I’m absolutely ecstatic about winning this election. It has been a dream since my first year so to be able to accomplish it alongside my team is truly an honor. To have the student body elect me into this role is huge because it means they have the confidence that I can represent them at the highest level, and I fully intend to make sure that I do so.”

What do you want your fellow students to know about your role as their new A.S. president?

“Students should know that my primary duty as the A.S. President is to support and advocate for them. To properly do so, I must create relationships with all student groups across campus to understand the pulse of each community and truly understand what each student community needs. It is essential that I create a welcoming environment for students to want to talk to me about the problem or potential ideas that will enhance the student body.”

What are some of your visions for the future of SDSU?

“My vision for the future of SDSU is to bring communities together to create a fantastic comprehensive experience for every student on campus. Coming out of the pandemic, it is vital to restore the campus’s vibrancy by making sure we can connect students to gain lifelong friends and have fun.”

Junior Meena Alexander will serve aside Moore as Executive Vice President. Junior Robson Winter will take over Moore’s previous role as A.S. Vice President of External Relations. Junior Sophia Koch will be V.P. of Financial Affairs and junior Sandy Mekany will be V.P. of University Affairs.