‘Turning Red’ is relatable — if the shoe doesn’t fit, don’t wear it 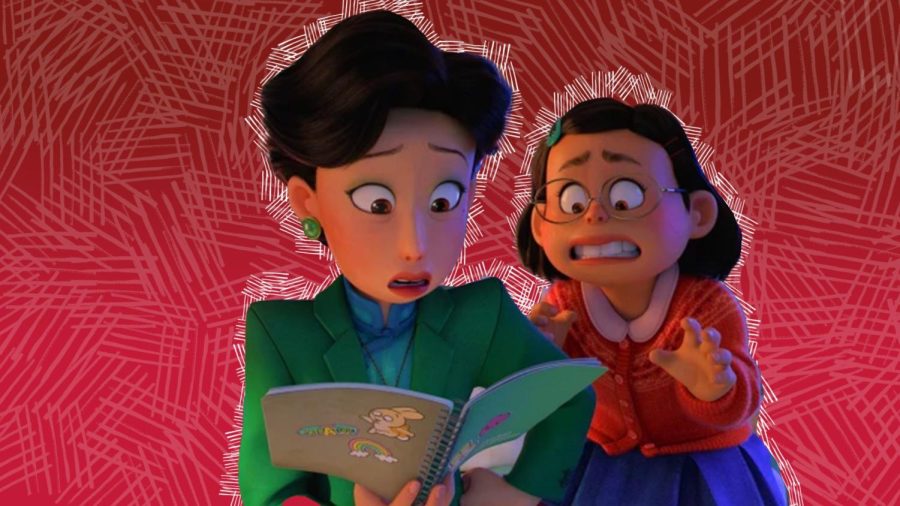 Disney’s “Turning Red” has made headlines this past week and for good reasons.

This cute, coming-of-age story about a young girl trying to figure out who she is, all while turning into a red panda is a unique story, showcasing the struggles of trying to live up to a perfect preconceived notion set up by her mother.

This movie was made for a good cry in the middle of the night. I definitely did at 3 a.m. while trying really hard not to wake up my roommate.

The film specifically focuses on an Asian-Canadian family with specific themes people can relate to. Some reviews and critics felt it didn’t speak directly to them, however.

In a recent review posted by Cinema Outlet’s (which is now deleted), managing editor Sean O’Connell stated “some Pixar films are made for universal audiences. ‘Turning Red’ is not. The target audience for this one feels very specific and very narrow. If you are in it, this might work very well for you. I am not in it. This was exhausting.”

Well, I hate to break it to you, Sean, but I think you missed the whole point of the movie.

O’Connell’s review was taken down from Cinema Outlet for being perceived as sexist and racist after being pressed by multiple different outlets, according to IndieWire.

Sure, maybe it wasn’t made to primarily appease a 30 plus white audience but, no matter what culture you are or what your age is, the film is definitely relatable.

All of our experiences are different from one another’s so to expect it to speak to one audience is a little tone deaf.

In an interview with CBC.com Rosalie Chaing, who plays Mei Mei Lee, addresses the criticism, saying the film was specifically made for the director Domee Shi’s friends.

“This is a coming-of-age film, everyone goes through this change,” Chaing said. “I think different people of different cultures are going to go through it differently but at the end of the day the core messiness and change is something everyone can relate to.”

Chaing couldn’t have said it better. This movie is about the struggles of trying to find yourself in your teenage years (and that theme can be seen in young adulthood, too).

At the beginning of the movie, there is a perfect example of this: Mei Mei illustrates multiple pictures of the guy she likes in her journal. Some are a little more PG-13 than others. When her mother Ming, who is voiced by Sandra Oh, walks in to talk to her, Mei Mei is anxious that Ming will find her journal. She is so anxious to the point that she directly points out her journal to her mother.

As her mother goes through the journal, Mei Mei is beyond embarrassed (I would be too) while her mother, on the other hand, is worried her daughter was the one to draw the pictures in the journal. As Mei Mei tries to explain what the pictures were, her mother is overwhelmed with concern and takes action.

Instantly embarrassing Mei Mei, Ming went to confront the boy that Mei Mei drew in her notebook. Even going as far as threatening to report him to the police.

Even if you didn’t have this specific thing happen to you as a kid, one can definitely see themselves in this situation, or at least I did.

Wanting to hide something from your parents and, in doing so, you end up revealing to them what you didn’t want them to know in the first place is common in youth.

My parents never went as far as publicly embarrassing me in front of the guy I liked but to say they found something out that I didn’t want them to find out is an understatement.

My point is: this movie had a lot of scenes that people could relate to despite their culture being different from the main characters.

The film is enriched with history about the Ming family, who they are and who they are becoming because of their ancestors. It wasn’t supposed to reflect the experiences of specifically one culture but rather to a specific time in people’s lives, according to Matrireyi Ramakrishan, who plays Priya, in the CBC interview.

This story is universal and Ramakrishan explains that all people will be able to relate regardless of whether or not they’re from Canada or identify as Chinese.