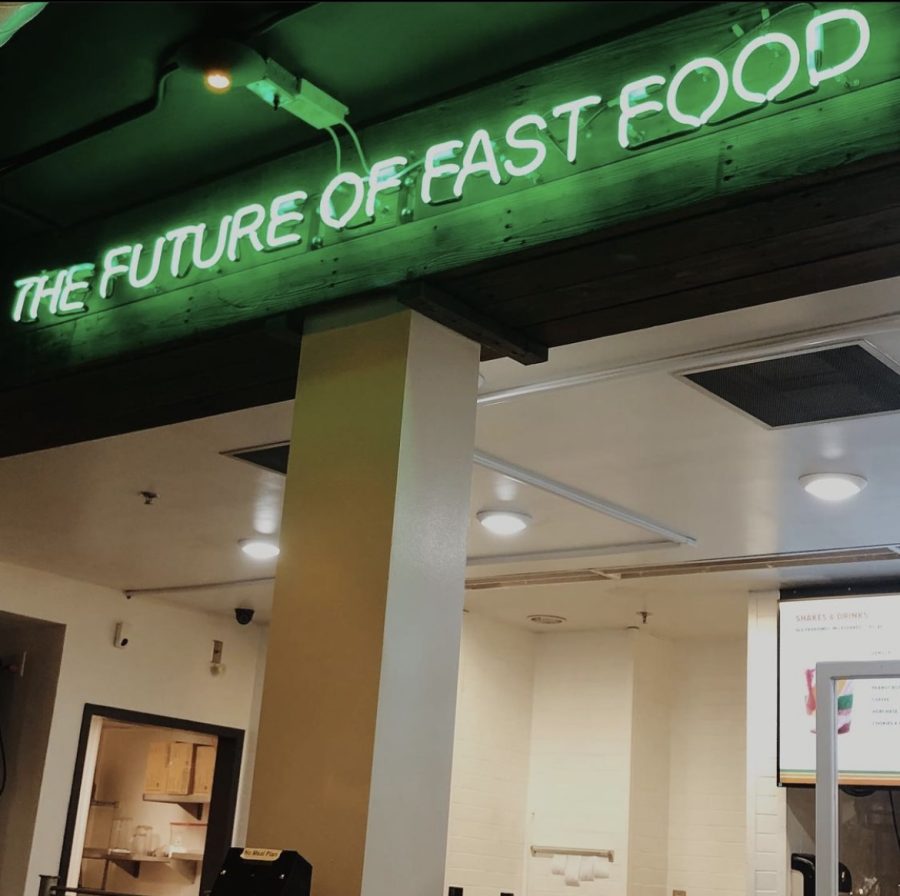 Well, my “good thing” is San Diego State’s vegan fast food restaurant Plant Power. Being a vegan and all, it’s a given that I’ll be there often.

One of the reasons SDSU was on my radar for a university to attend is because of the different vegan spots I could effortlessly go to (something unimaginable in my home state, Mississippi).

There’s The Garden, Everbowl, ShakeSmart, Oggi’s, Broken Yolk, The Habit and Plant Power, all of which have vegan-friendly options that accept meal plans. With meal plans at hand and no car, one would be right in the assumption that those options will eventually get tiring, especially with COVID-19 restrictions closing down The Garden, which offered something as close to a home-cooked meal every night for me. Even now that The Garden is reopened, the vegan options are minimal.

Being restricted to Plant Power for lunch and dinner — with the exception of some microwavable vegan meals in the market — my love for Plant Power soon diminished. The more my love diminished for Plant Power, the more upset I became for letting SDSU convince me their campus was the holy land for college vegans.

Do I occasionally switch it up and go to The Habit or turn to microwavables? Of course. But Plant Power is the only place that is completely vegan, thus having the most vegan options.

“There’s Chipotle,” one may say. “But it’s not on the meal plan,” I would respond.  “Why not cook?” one may inquire. “Because I’m lazy just like you,” I would reply.

I’m sure the vegan community and SDSU can reach some compromise in this whole situation. Why not make Chipotle available on the meal plan since The Garden is temporarily altered from buffet to fixed menu? Or maybe we can get rid of Subway and turn it into another all-vegan joint?

In my mind, it’s better to have more vegan places than non-vegan places for obvious reasons: vegans can’t eat certain foods, but non-vegans can eat anything, so why not put the minority in the majority to make it a win-win situation? Not only will the campus have slightly healthier food options for students, vegans can finally feel included.

To solidify the previous argument, vegan food resembles and imitates “normal” food now, so I’m sure if SDSU decided to open another vegan spot while not advertising it as such, people probably won’t even be able to tell the difference between an impossible burger and the real thing.

Just think about it.