Adopting veganism could save us from climate crisis 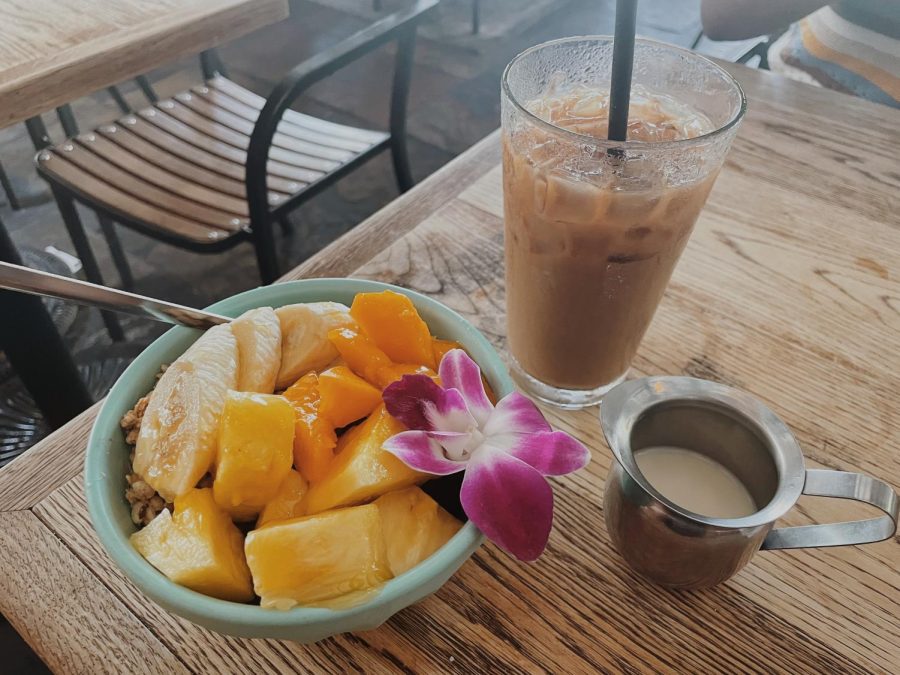 There are various sustainability practices displayed on the internet nowadays. Carrying around a Hydro Flask, purchasing a cute bamboo utensil kit, thrift shopping, using tote bags when visiting Trader Joes — just to name a few. However, there’s one practice many people overlook that could make a seemingly insignificant but important impact in the fight for a more sustainable society: going plant-based.

This article isn’t to come off as a critique on lifestyles that don’t incorporate plant-based consciousness. Instead, I want to offer a little food for thought.

As of now, the meat industry contributes to nearly 60% of greenhouse gas emission, according to The Guardian. In comparison to plant-based alternatives production, meat production accounts for double the pollution. The Guardian highlighted that scientists “have consistently stressed that if dangerous global heating is to be avoided, a major rethink of eating habits and farming practices is required.” Not only does food production contribute to deforestation, water shortages and vast ocean dead zones, it’s also affecting climate change.

Our climate crisis doesn’t solely rely on individual habits and lifestyles to magically fix the problem. The major culprits are the greedy corporations that continue to selfishly deplete our natural resources and produce the majority of unnecessary toxins in our environment. This could mean turning to government involvement to actually make strides toward change. However, small habits made by the majority of the population could tip the scale in the direction of a healthier planet.

Many individuals are hesitant to adopt a plant-based lifestyle whether it be some form of vegetarianism or veganism, but it doesn’t have to be an all or nothing lifestyle change. Incorporating “Meatless Mondays” every week can add up over time compared to a household who doesn’t practice “Meatless Mondays.”

Now that the plant-based industry is creating more alternatives, the transition to a more plant-based diet is feasible to the average consumer. Since I adopted the lifestyle in 2014 before veganism was somewhat trendy, I’ve seen the evolution of grocery store options and fast-food chain menu options. I’m jealous of the people who decide to go plant-based in the year 2022 because the transition is effortless.

Is it financially and economically possible for every single household to go plant-based? No. But can we cut back on meat and animal by-products as a whole. Yes.

“We’re not telling people to stop eating meat,” environmental scientist Pete Smith said, to BBC News. “In some places, people have no other choice. But it’s obvious that in the West we’re eating far too much.”

With the current state of the world, we should be open to trying any and everything to reverse the direction in which our environment is going. Alongside petitioning and demanding for drastic changes in the unsustainable practices embedded in large-scale organizations, we could slowly make changes in our households, whether that be purchasing a Hydro Flask, reusable grocery bags or going full-fledged vegan.

Whether you decide to ditch meat or not remember: No small effort is a wasted effort in the fight for a cleaner, greener and healthier earth.