The Oscars was rigged, leave it in hands of moviegoers next time 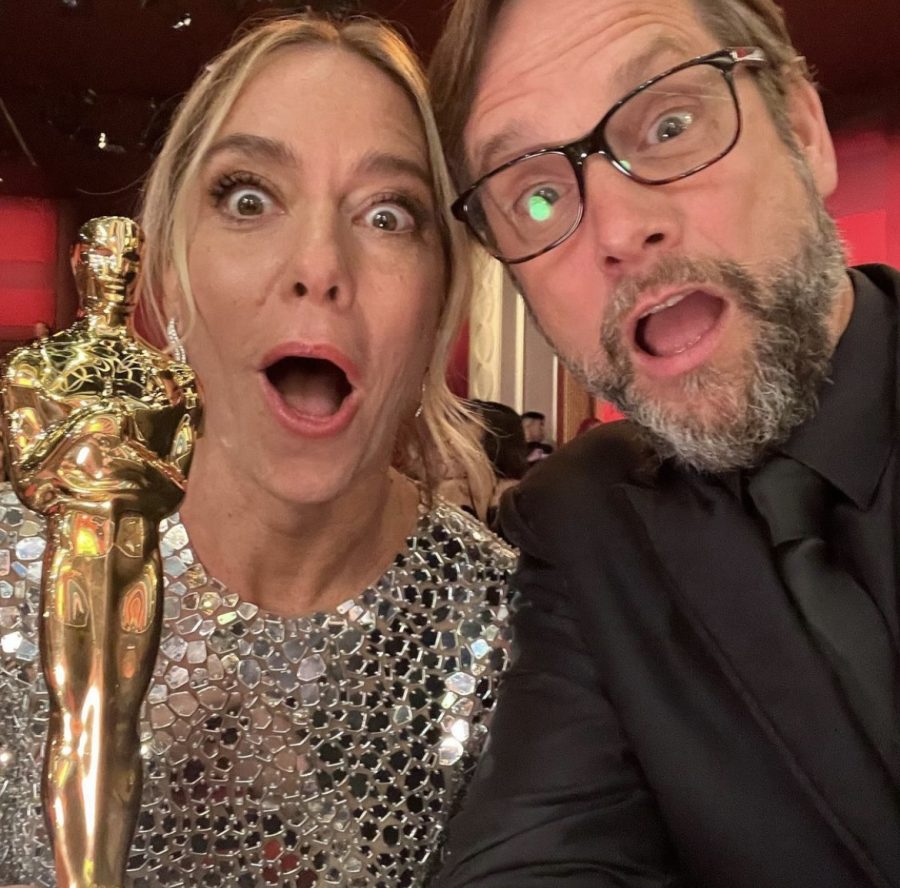 Sian Heder, director of "CODA," posing for a selfie

Alright, before we get into it, I am not going to talk about Will Smith slapping Chris Rock. If that is what you were expecting, you might as well move onto the next article. Everyone else, get comfortable because I’ve got a lot to say.

The Oscars happened a few weeks ago and “CODA” won best picture, and I bet none of you could tell me what that movie was about. Do you know why? Because nobody knew that it existed! It seems to be a recurring theme for the Oscars doesn’t it?

Every year, there are movies that get nominated for the Oscars and somehow, nobody has ever heard of it. There weren’t any advertisements and they weren’t being shown at the movie theater. They just magically appear at the Oscars and all of a sudden everyone is supposed to know what it is. Same goes for “Power of the Dog” and “Drive My Car.” I understand they were shown at prestigious film festivals and had an amazing set of cast members and crew members, but only a small percentage of people get to see this firsthand. Then after that, the members of the Academy get their hands on it and get to decide which movies got the honor of being nominated for an Oscar. How has no one questioned this before?

Why does a small group of people also get to decide which movie gets an Oscar? Because let’s be honest, there have been some doozies that won. I mean, “The Shape of Water?” I have watched that movie numerous times, and I still don’t quite understand why the main character falls in love with a fish.

Having the general public involved in the voting process for the Oscars seems to make the most sense because if it wasn’t for people, like you and me, that go to the theaters or go on Netflix or Hulu and find a new movie to stream, these movies would not get this type of recognition.

If the public was allowed to vote during awards season, I guarantee you that “Avengers: Endgame” would have been nominated – and possibly won – for Best Picture. I still believe that it got robbed for Best Picture and nobody can tell me differently. Be honest, would you rather watch “Avengers: Endgame” or “Nomadland?”  To drive this point home: It beat Avatar at the box office! What more do you want?

And don’t get me started on Robert Downey Jr.’s portrayal of Iron Man because I consider it a travesty that he has not won an Oscar for Best Actor. Robert Downey Jr. and Tony Stark are the same person and is now one of, if not the, most important character in the Marvel Cinematic Universe, but that’s a conversation for a different time.

By letting the general public get involved with the voting and nominating process, the movies we actually watch and enjoy would get the recognition they deserved. For example, “Cruella” was nominated for one category, and that was Best Costume Design, and they won, which was well deserved. Some of the dresses that Emma Stone was wearing throughout the film were absolutely fabulous. But the movie was not about the dresses. Cruella’s story is so different and emotional that it seems like it deserved more than just Best Costume Design; I think it could have been nominated for Best Screenplay.

The members of the Academy never take into consideration the big franchise movies, such as Marvel and Star Wars, for the more prestigious awards. The closest we ever got to seeing a big franchise movie being nominated was “Batman,” not DC Comics, just “Batman.” Then after “Batman,” it was “Joker,” which is still a part of Batman’s storyline.

What made “Batman” so special? It was almost ruined by George Cloony. Sorry, George. We still love you, but it’s true.

I’m not saying all movies that have been nominated or won weren’t important. A good majority of films like “12 Years a Slave,” “Million Dollar Baby,” and “The Greenbook” tell important stories that make us feel true emotion. There are movies that define generations that are constantly being overlooked because the Academy says they aren’t “Oscar material.” Well, the Academy may say that, but movie goers have a different opinion.

By letting the public vote instead of just the Academy, not only would the Oscars viewership  increase, but the films we all enjoy would finally get the recognition it deserves.

What are you waiting for? Make some popcorn, get comfy on the couch, and start looking for the next Oscar nominated film. Who knows? It might rely on your vote.

Meghan Ellis is a senior studying rhetoric, writing and Spanish.