The Daily Aztec • May 3, 2022 • https://thedailyaztec.com/110208/sports/track-and-field-compete-in-steve-scott-invitational-and-desert-heat-classic/ 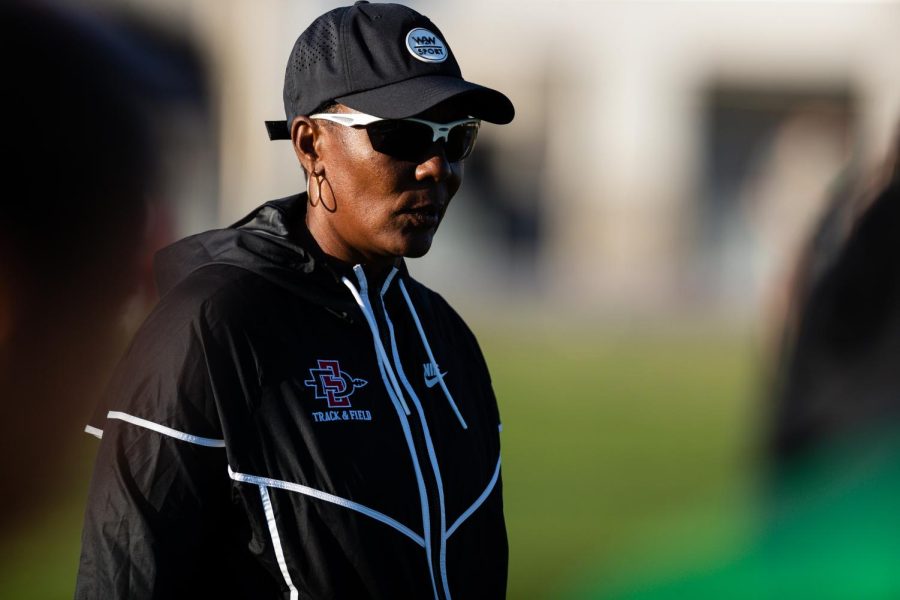 The San Diego State Aztecs were back on the track this past weekend, sending some athletes to compete at the Steve Scott Invitational in Irvine, while others traveled farther to Arizona to compete in the Desert Heat Classic.

Day one of the Steve Scott Invitational on Friday included the 3,000-meter steeplechase and 5,000-meter run. Two Aztecs competed in the steeplechase and managed to finish in the top 10 of the event. Junior Natalie Regalado came in sixth place with a time of 11:28.33, breaking her previous personal best time by 11 seconds. Junior Isabelle Davis placed 10th, running a time of 12:27.52.

The Aztecs were also in action at the Desert Heat Classic on Saturday, with sophomore Jada Moore breaking more record books. Moore took fourth place in the 100-meter dash, running a time of 11.50 seconds, the ninth-best time in SDSU history. In the 200-meter dash, Moore set the sixth-best time in school history, finishing in third place with a time of 23.28 seconds.

Moore was also a part of the 4 by 100 meter relay time, along with junior Tai McDonald, sophomore Aisha Watt, and senior Jalyn Harris. They came in second place with a time of 44.32, the eighth-best time in SDSU outdoor history.

Harris also had an impressive day at the meet, finishing in sixth place for the 200-meter dash with a personal best time of 23.48 seconds. She finished in the top 10 for the 100-meter dash as well, finishing with a time of 11.61 seconds. Harris was also a part of the winning 4 by 400-meter team alongside Watt, junior Nyjari McNeil, and senior Sakura Roberson.

Besides winning the 4 by 400-meter relay, Watt and Roberson took home some other achievements. Watt earned a personal best in the 100-meter dash, with a time of 11.89 seconds. Roberson placed third in the 800-meter dash and tied the seventh-best time in SDSU history with a run of 2:07.74.

The Aztecs travel to Los Angeles on Saturday, May 7 to compete in the Oxy Invitational. This is their last meet before they head into the Mountain West Outdoor Championships.