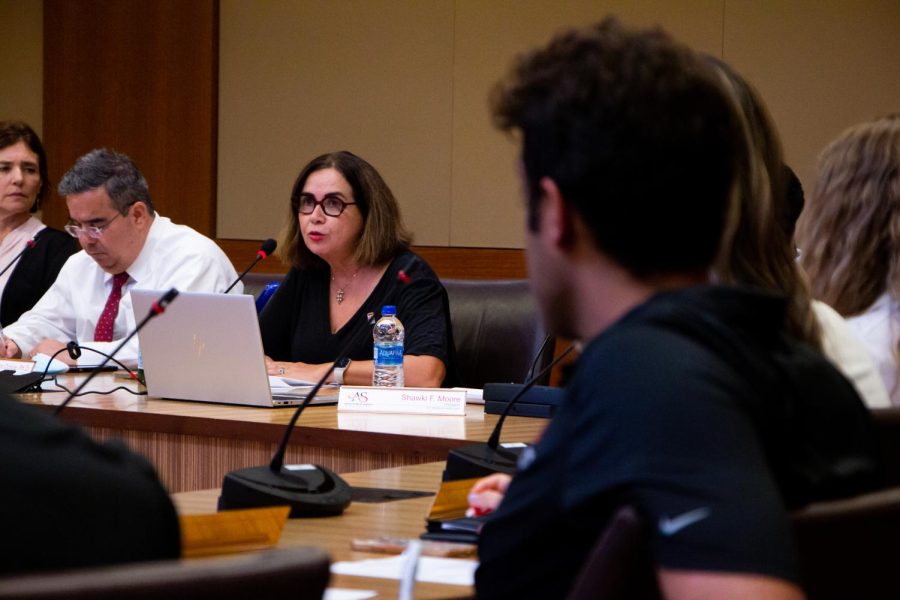 We’ve read the emails, we’ve spoken with students, and we came to the conclusion that you prioritized the “media firestorm” and donor outreach.

But you forgot to prioritize the people you serve: the students.

We’ll leave the finger-pointing on who should have conducted an investigation — and when — to the mainstream media outlets. Our concern for now is how San Diego State officials handled student outreach once you were notified of the alleged incident.

In an attempt to provide answers for the people you should have been serving, the students, we filed a public records request in June. Officials took more than two months to provide the requested emails.

SDSU has a long and documented history of not providing The Daily Aztec records or significantly delaying releasing them. This case was no different.

We’ve followed your history at UC Davis, specifically how you withheld emails looking into your rapid salary increase at the university in 2017. While you were cleared of wrong-doing, your previous actions mirror the systemic issues we see today at SDSU.

While waiting for records, we reached out multiple times requesting interviews with media relations. We wanted to be fair. We wanted to provide an opportunity for you to address student concerns. We wanted any semblance of clarity on questions students felt were unanswered.

Your team missed the opportunity. The lack of transparency has amplified the distrust students feel about administration.

SDSU officials, including yourself, knew of the allegations long before the LA Times article published its story. We feel that is more than enough time to come up with a game plan that prioritized students, their wellbeing and safety. You had seven months to come up with an action plan — and somehow you were still ill-prepared.

While you were busy handling the “media firestorm,” you, unsurprisingly, neglected the outlet in your backyard: the student newspaper. It’s another blatant example of how little attention was placed on students amidst the recent chaos.

Larger news outlets, both local and national, swept in and consumed your time and attention. All we as students saw were four measly emails that prioritized compliance with the San Diego police investigation in lieu of truly addressing student concerns.

Students have said your responses are insufficient — and they are right.

You said yourself in 2019 that “SDSU’s students, faculty, and staff want to be included in transparent, timely, and proactive communication about the challenges we face and the steps we are taking to solve them.”

That letter also said it was imperative to make “communication a priority.”

Systemic problems have gone unchanged. Until students become your true priority, the issue you flagged three years ago will continue to plague San Diego State.

We hope this serves as a reminder of where your focus needs to be. The students demand it.