Students share their identity as being of African Descent from a Latin Country, also known as Afro-Latino 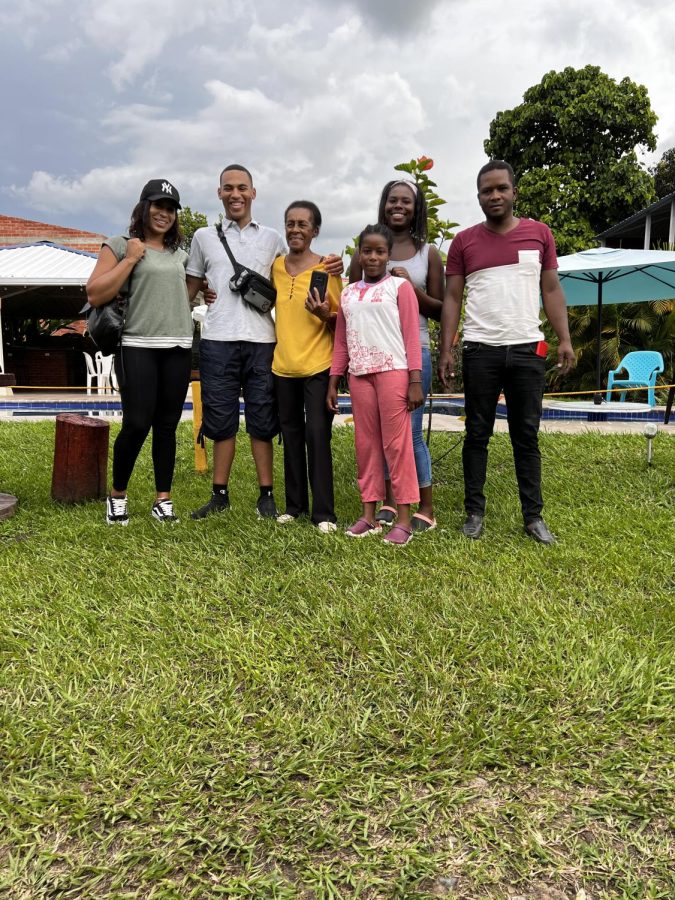 The Afro Latino culture is both diverse and unique. It derives from people of African descent from Latin America. Anyone who is from a Latino country and has African ancestry can identify as Afro Latino. They are heavily seen in Columbia, The Caribbean, and Brazil. Being that Latin America is diverse, identifying as Latino or Latina can still result in different ways in which people celebrate their heritage and customs. Many people in the United States identify themselves as Afro Latino, including some in the city of San Diego.

Manuel Trinidad is a second year Accounting student at Grossmont College. His background consists of a Colombian mother and Dominican father. Although he identifies as both, he is more in touch with his mother’s side of the family.

He is an example of the complex diversity that the Afro Latino community has to offer and how it relates to him genetically, “you can tell I get a lot of my Afro features from my mom’s side because she is from Cali, Columbia. That’s where the largest Afro Latino population is in Columbia.”

“Being able to go back to Columbia and meet my family for the first time gave me a sense of what I’ve been missing. Having your real family was a really great experience,” Trinidad continued.

He shares the importance of him being able to see his family in his native country for the first time. He discusses what he enjoys most about celebrating his Afro Colombian heritage during his time there.

“I had a lot of fun enjoying all the foods that are traditional and getting a different sense of the culture out there because obviously, the culture is way different out there than here.”

Trinidad describes the culture as more family oriented, meaning that Columbia along with its Afro Latinos are based more around a collective society compared to America.”

Overall, Manuel Trinidad’s culture and experiences as an Afro Latino are celebrated through his family in both Columbia and San Diego.

Alianna McCoy is a second year student at San Diego State University, majoring in Mechanical Engineering. Her Afro Latino culture is shown through her mom’s side of the family, who is from the Dominican Republic.

When McCoy was younger, she would go to The Dominican Republic yearly to visit her family. It was there where she was able to pick up Spanish from her grandmother and see how her family celebrates their culture.

McCoy continues her traditions and customs both in and outside of the Dominican Republic, especially when she is around her family.

“We have a lot of family gatherings [where] everybody is always dancing for birthdays or barbecues. I love the food. I make empanadas, rice, beans, pork, and chicken. There’s just so many good things that you can eat.”

Aliana McCoy celebrates her Afro Latino heritage through her Dominican culture. She does this through traditional foods, family gatherings, and music such as Bachata and Reggaeton.