DADT is makeover, not gay takeover 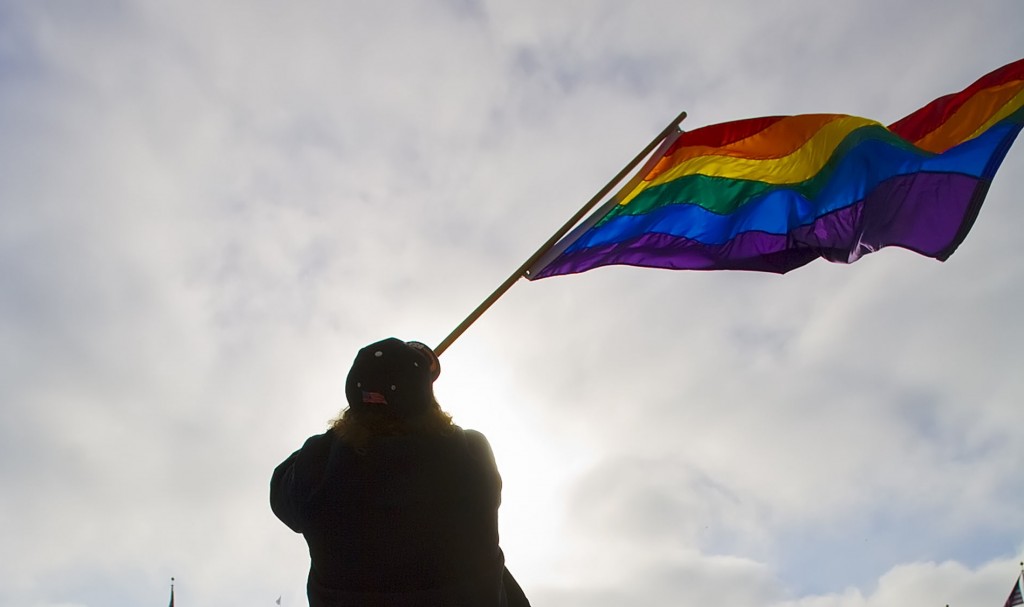 On Sept. 20, “Don’t Ask, Don’t Tell” was formally repealed. Prior to the repeal, the bigoted policy barred openly gay members from military service in the United States. The hate-filled rationale behind the policy was that openly gay members were an “unacceptable risk” to morale, order, discipline and cohesion.

The landmark repeal finally ushered in an era of equality and ended the second-class citizen treatment of gay members in the military. It showed the U.S. was willing to treat all of its servicemen with respect, honor and dignity. The repeal also removed the U.S. from a repugnant list of countries, including Iran and North Korea, which do not allow openly gay members to serve.

These days, differentiating from North Korea in terms of human rights is a very good thing. In fact, all countries in NATO allow gays and lesbians to serve; with the exception of Turkey, which deems homosexuality to be a mental disability.

President Barack Obama lauded the repeal as an achievement: “I was proud to sign the Repeal Act into law last December because I knew that it would enhance our national security, increase our military readiness, and bring us closer to the principles of equality and fairness that define us as Americans.”

Not surprisingly, Rep. Duncan Hunter, from California’s 52nd district, which directly borders San Diego State, sees the repeal in an entirely different light. Hunter is notorious for his narrow-mindedness. He once argued in favor of deporting all American-born children of illegal immigrants, saying it takes more than walking across the border to become a citizen. Anyone who has taken U.S. history, or can read, should know that deporting any naturally born child clearly violates the 14th Amendment to the U.S. Constitution, as well as basic human decency.

More specifically, on the repeal, Hunter leveled the following warning in a radio interview last week: “We’re not especially clairvoyant. We can’t see into the future, but the homosexual lobby isn’t simply pressing to have equal status in the military with people that are heterosexual. They would like a military takeover by the lesbian, gay, bisexual, transgender community, and that’s what they’re going to keep pushing for until it happens.”

It remains unclear what a military takeover means, but it is clear the gay lobby has close ties with the YMCA. For those unfamiliar with the Village People, the YMCA is a fun place to stay, where you can get clean and have a good meal, a gay meal.

Hunter spoke about the threat of repealing “Don’t Ask, Don’t Tell” on the house floor this past December, “The United States military is not the YMCA. It’s something special.”

In the same speech, once again made on the actual floor of the U.S. House of Representatives, he criticized the repeal movement as being part of “a liberal crusade to create a utopia.” A gay utopia. Unfortunately for Hunter, “utopia” is defined as being an “ideal state or any visionary system of political or social perfection.” Gay perfection.

Hunter’s absurdity has no end. In a radio interview that appeared on National Public Radio in February last year, he detailed the troublesome situation of allowing openly gay members to serve in the military: “It would frankly make everybody a little bit uneasy to be in these close situations; how you go into combat, … the shower situation, the bathroom situation, just, you know, very mundane details — things that we have men and women separated … because we don’t want to have that sexual distraction. That exists for the homosexual aspect of things, too.”

Instead of focusing his ignorant mind on the perceived risk of sexual distraction gay members would present, perhaps Hunter should address the 3,230 sexual assaults reported in the armed forces last year. This was a startling 11 percent increase from 2009’s numbers. According to the Pentagon, 87 percent of these assaults involved a male assaulting a female. These would seem to be a distraction.

In its 17 years of existence, “Don’t Ask, Don’t Tell” was both incredibly prejudicial and fiscally damaging to the country. More than 14,500 servicemen were discharged because of the policy. According to the Pentagon, the total cost of these discharges during this five-year period was $193.3 million: paid with taxpayer money, of course. This equates to roughly $52,800 per discharge. What an incredible waste of money.

A final hypocrisy from Hunter, the following is a statement taken from his campaign website: “Congressman Duncan D. Hunter is a strong conservative whose priorities include a strong national defense to protect America; increased border security to stop illegal immigration and fiscal responsibility to protect taxpayers.”