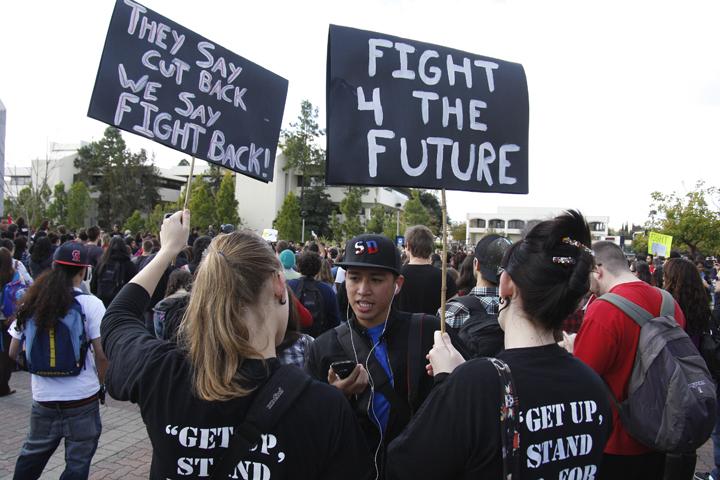 California State University Trustees have given students yet another reason to keep an eye on their personal finances.

“The board’s decision to limit the student fee increase to 5 percent is based on the Assembly budget proposal that provides additional state revenues. It will allow us to move forward with adding classes and sections for students this fall,” Reed said in a statement on the CSU website.

“The board also left open the option of revisiting fee levels in November if the state does not fully fund the proposed budget,” according to the CSU website.

These decisions are causing students such as Journalism Sophomore Summer Rainbolt to leave San Diego State in search of more affordable schools.

Rainbolt attended SDSU as a non-residential student. In an attempt to pay less in fees she tried to attain residency but was denied.

“I had a great time at San Diego State … I wanted to stay there because I loved it, but now because of the tuition cost, I have to go home,” Rainbolt said. “There’s no way I can afford it.”

Stories of students leaving SDSU because of the cost of tuition are not uncommon. Hospitality sophomore Dennis Hyman said he has friends who have had to drop out because of financial reasons. He also said he has developed a cynical point of view about this fee increase.

“I read the e-mail and rolled my eyes … I was like, “Why are they raising fees again?’ I think that (President Stephen L.) Weber and the people in his staff are trying to make a little bit of extra money … I don’t believe that it is solely based on California saying there is not enough money,” Hyman said.

Hyman is involved in several enrichment clubs on campus and said that the effects of the fee increases are especially evident in this area.