Aztec Gaming: Skyrim Devs given one week to go crazy, and crazy they went 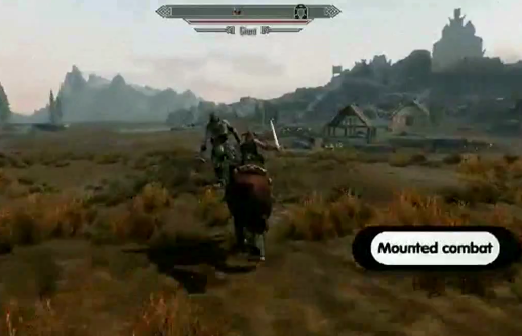 At D.I.C.E. 2012, Bethesda unveiled what is quite possibly the coolest thing to come out of “Skyrim” yet.

After release, the developers were given a week to develop anything they wanted. What they produced, frankly, puts the current game to shame.

Mounted combat, mountable dragons, goblins, Werebears and an entire were-form skill tree are just some of the awesome things they made.

Hopefully, Bethesda will get a chance to flesh some of these features out into a later release of some downloadable content or even an expansion.

What part of the video made you jump out of your seat and yell “Fus Ro Dah”? Let us know!