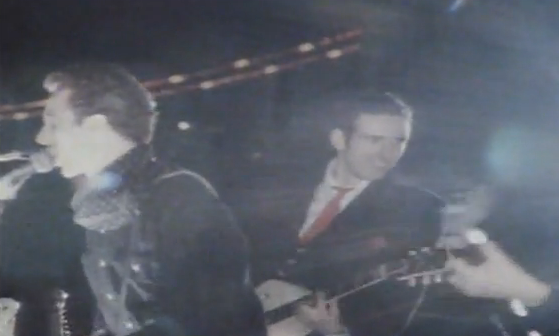 Ah, the Clash—dubbed “the only band that matters,” and for a reason!

One of the most defining aspects of the Clash was, despite being labeled as a “punk rock” band, they managed to diversify their sound, touching multiple genres such as jazz, ska/reggae, dub, and funk. This variety of genres is seen mostly (and executed with great precision) on their 1979 hit album London Calling.

I chose London Calling for this week’s Record Rewind for one major reason: it’s influential impact in the music world.

I have an annoying tendency to relate every aspect of the world to the Beatles—in this case, London Calling was the Clash’s Sgt. Pepper’s Lonely Hearts Club Band. It was the album where everything changed, and it was the album that changed everything.

In the beginning of their musical career, the Clash limited themselves to three chord anthems similar to the style of punk rock songs at the time. When London Calling was released, they were able to prove just how much they can expand their selves in music.

The album starts off with “London Calling” a song that describes the downfall of London. It has an ominous tone to it, noticeably the offbeat guitar riffs, lingering bass lines, haunting backing vocals and Strummer’s echoing howls.

Some other memorable songs (and my favorites) are the jazz-driven Jimmy Jazz (go figure) and “Hateful”, the latter being satirical and about disliking your drug dealer for his prices (and it’s quite subtle, really). But one of the best songs off the album is the reggae/soul “Rudie Can’t Fail—a true Rude Boy anthem, written specifically for Rude Boys, who were youth in Jamaica that didn’t meet the status quo.

London Calling has inspired dozens of rock bands, mainstream or underground, one example being veteran punk rockers Rancid. The Clash’s influence in Rancid can be seen in their 1998 album Life Won’t Wait. London Calling has also made greatest albums list, including Rolling Stone Magazines 500 Greatest Albums of all Time at number eight.

The album is timeless and will always be cited for its influence, and is great for any music enthusiast’s collection. Like I always say, check if out if you haven’t already.