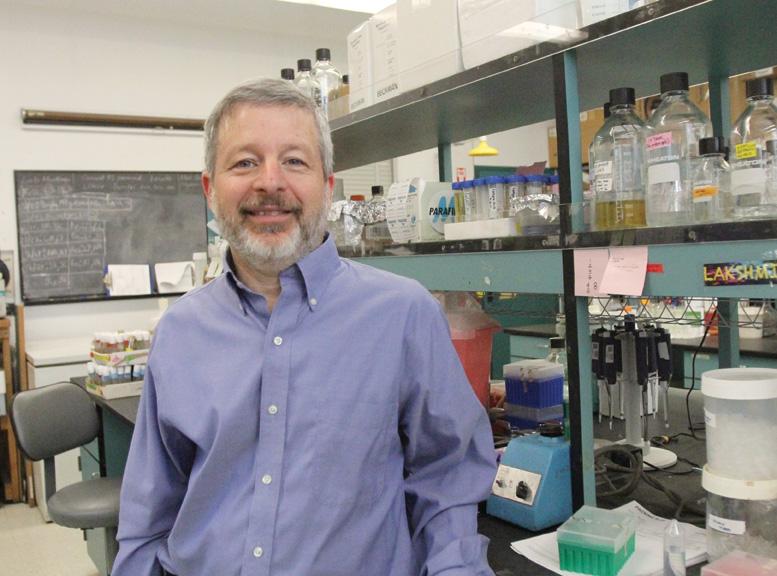 Every year, San Diego State applauds its faculty and professors who have made great strides in scholarship and research through the Albert W. Johnson University Research Lecture. The series was created in 1991 to honor Johnson, an SDSU dean and provost. Since then, lectures have covered a range of academic topics such as stem cell research and late-speaking toddlers.

This year’s event, “Learning to Fly: Understanding the Basis of Muscle Function and Disease,” will host Dr. Sanford Bernstein. Bernstein has been a professor in SDSU’s Department of Biology for 28 years and has received several awards highlighting his superior work in both teaching and scientific research.

Bernstein said he has been at SDSU for this long because he is fond of the “very collegiate atmosphere where people collaborate and interact in a positive way.”

His current research focuses on the mutation of the important protein molecule myosin, “a molecular motor of muscle (that) is actually what changes shape and allows the muscle to contract.” When the molecule mutates, it creates potential cardiovascular and skeletal muscle defects that could be very disabling, if not fatal.

“We’re trying to understand how muscles work at the molecular level,” Bernstein said.

Because testing on humans is dangerous and difficult, Bernstein uses fruit flies for his experiments. He and his team inject mutated myosin into the fly embryo, examine the mutation’s effects on the fly and test different methods of “fly therapeutics” through drugs or gene manipulation. All of this is done to expand the information scientists have about several human muscle conditions. This could lead to finding cures for these disabilities.

Even with all these pursuits, Bernstein is much more than just fruit flies and the scientific method; he is a leader in the SDSU faculty.

“I never think of myself as a leader, because I think of leaders as these outspoken people who can rally everyone to action and so forth, so I’m more of a person who leads by example,” he said.

When Bernstein was appointed as a department head, he remained active in his research, effectively juggling both roles. He is currently the co-director of SDSU’s Minority Biomedical Research Support, a program whose mission is to “improve the participation of historically underrepresented students in the sciences and increase the number of underrepresented students who matriculate directly to a Ph.D. program.”

“Clearly, science has benefitted always from bringing in people with different orientations,” Bernstein said. “Helping a student who traditionally, from a family background that wouldn’t encourage venturing into science or even consider anything about going to graduate school, watching them blossom while working in the lab as an undergraduate and then go on to graduate school.

“You know that’s truly the best contribution I could make,” he said.

He also noted another “amazing strength” of SDSU.

“While some people might say that it’s not an elite place where only the top of the financial and educational echelons go, it really is very rich in terms of the variation in the students and their inherent drive toward success,” he said.