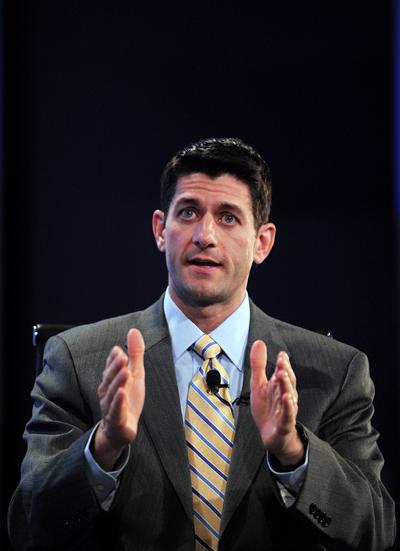 This past fall, many prominent members of the Republican Party came out in droves to protect one of their most insulated constituencies: millionaires. This particular constituency was being attacked through the savage “class warfare” tactic by the renowned socialist President Barack Obama and his threatening “Buffett Rule.” From the rule, Obama had proposed a particularly fiendish tax plan aimed at implementing a tax rate of “at least 30 percent” on the top income earners. The proposed policy impacted a very small portion of taxpayers, somewhere in the neighborhood of eight percent of the top one percent of earners. Or roughly eight out of every 10,000 Americans. Despite the fact that polling showed as many as 73 percent of the country in favor, the Republican Party deemed the policy to be a serious threat.

The new darling of the Republican Party, Rep. Paul Ryan, became the mouthpiece against the policy, and he ardently voiced his concern. “Class warfare … may make for really good politics, but it makes for rotten economics,” Ryan said.

Unfortunately for the gross majority of Americans, Ryan has abandoned any moral principle against the use of class warfare. In fact, it’s the central tenet regarding his economic policy for the future.

Ryan recently unleashed his latest manifesto regarding class warfare in the form of his 2013 budget plan titled “Path to Prosperity.” Prosperity in this sense is confined to a relatively small class of Americans that does not include veterans, the elderly, poor people, college students, the middle class, anyone who enjoys the environment or just about anyone who utilizes our transportation system and desires a safe roadway. Substantial cuts are in the works for education, environmental protection, transportation, financial aid for college students, veteran affairs, Medicare and Medicaid, as well as a slew of other essential services.

Tragically, albeit unsurprisingly, those who stand to benefit substantially from the plan are those with annual incomes greater than $1 million. The nonpartisan Tax Policy Center reviewed the budget, and found it disproportionately favors those high earners. Howard Gleckman, resident fellow at the Urban Institute, summarized its findings when he said, “TPC found that in 2015, relative to today’s tax system, those making $1 million or more would enjoy an average tax cut of $265,000 and see their after-tax income increase by 12.5 percent. By contrast, half of those making between $20,000 and $30,000 would get no tax cut at all. On average, people in that income group would get a tax reduction of $129. Ryan would raise their after-tax income by 0.5 percent.”

Even a third grader would view this as class warfare. Now for the most depressing aspect of Ryan’s budget: The Path to Prosperity not only guts major services, but in the end it likely increases the overall deficit. The TPC estimates the increase to be in the range of $4 to $5 trillion in the next decade.

The hypocrisy of his fiscal “responsibility” knows no end. Take for instance the following comment from a 2010 interview with Fox News when Ryan leveled a warning at the escalating debt: “And more importantly, the debt and the deficit is just getting out of control. And the administration is still pumping through billions upon trillions of new spending.”

He is unequivocally correct in his assessment of the precarious state of our spending. But now for the hypocrisy, Ryan’s budget aims to extend $203 billion in additional funding to the defense budget throughout the next decade, above and beyond the Pentagon’s fiscal requests. This would, of course, mean his budget would “still pump billions of new spending.” And to take care of the veterans who make incredible sacrifices in the line of duty serving their country, his plan aims to cut $11 billion in spending on veterans programs throughout the same period. It’s absurd.

Another economic class who would immediately feel the effects of the cuts is those leeches who take out loans in pursuit of higher education. Ryan’s cuts include changing the eligibility requirements to qualify for Pell grants (thereby reducing the grants by nearly $200 billion during the next decade), allowing the interest rates for Federal Stafford loans to double and ending student-loan interest subsidies extended to those still in school. Criticizing the budget’s effect on higher education, Education Secretary Arne Duncan said, “We could see disastrous consequences for America’s children over the next couple of years … Passage of the Ryan budget would propel the educational success of this country backwards for years to come.”

Because of Ryan’s budget, affording college will become increasingly cumbersome for some economic classes to the point that it may potentially price them out of the market. Luckily for students, the educational-savant Mitt Romney has some wise financial counsel for prospective college students seeking a university to attend: “Don’t just go to one that has the highest price. Go to one that has a little lower price where you can get a good education. And hopefully you’ll find that. And don’t expect the government to forgive the debt that you take on.”

Wow, thanks for that Romney, with such sound advice what college student needs an academic adviser?

It remains to be seen why any college student taking out loans to finance his or her own education would vote for either of these gentlemen. But it might not be such a smart move for Ryan to court the millionaire vote, considering it makes up less than one tenth of one percent of the electorate.