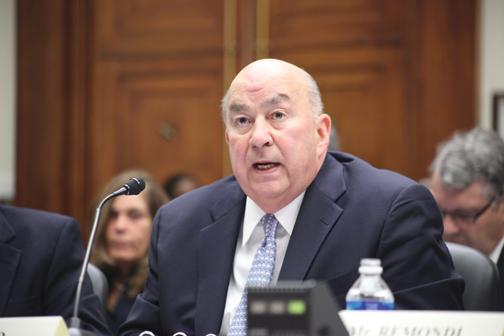 Chancellor of the California State University system, Charles B. Reed, announced his retirement on Thursday, May 24. In an email, Reed said he is “now looking forward to retirement as a chance to spend more time with my wife, children, and five grandsons; and to pursue more of the higher education related projects that are my passion.” He will continue his role as chancellor until a replacement is selected.

Reed began his CSU chancellorship in 1998 after leaving his previous position as chancellor of the Florida State University system. He reflected on his CSU legacy by stating, “Out of all of the many experiences I have had, what I have enjoyed the most about my time in California is working with so many bright and talented individuals.”

His job, however, was not always easy. “Chancellor Reed has presided over an era of unprecedented turmoil in the California State University system. The CSU has seen devastating budget cuts, and students have borne much of the burden — student fees have more than quadrupled since 2002,” the California Faculty Association said in a public statement.

Reed was criticized for several issues including executive pay raises and tuition increases. In May, a CBS LA investigation was alarmed to discover luxurious spending on

catered meals, bottles of wine and transportation services charged to the CSU credit card, which is funded by taxpayers. Complaints led to a protest outside Reed’s home while he hosted a party with several other CSU officials.

Despite criticisms, Reed’s legacy will be remembered for its achievements. Reed approved a presidential salary cap mandating no new CSU president may have a pay raise totaling more than 10 percent of the previous president’s salary. According to San Diego State’s President Elliot Hirshman, Reed’s greatest accomplishment was supporting students of all backgrounds and giving them an opportunity at academic success.

“One of the most important things for a chancellor is to be able to work with a broad range of people, and to move the universities in the system forward,” Hirshman said. “Chancellor Reed did a very good job at balancing all the needs of many, many constituents.”

The CFA released a statement, expressing its hope for the new chancellor. “We sincerely hope and will actively work to make sure Chancellor Reed’s retirement will offer an opportunity to usher in an era of better relations among CSU faculty, staff, students, and system management. We urge the Board of Trustees to engage in an open, transparent and inclusive process for selecting a new chancellor to guide our system.”

Hirshman said the difference between the 23 CSU campuses is a challenge for the chancellor.

“One of the biggest challenges is to understand the heterogeneity of a 23 campus system. The campuses have different traditions, different orientations, different student bodies, different sizes, and the chancellor needs to be able to work with each campus, so that he can help the individual campus move forward and maintain their best potential as a university,” Hirshman said. “Of course our goal is to work with the incoming chancellor so that they can be supportive of San Diego State and help us move forward.”