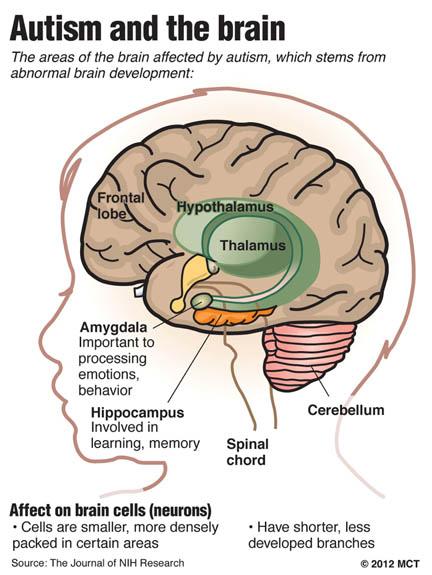 A San Diego State research assistant professor of psychology will receive $600,000 in grant money from the National Institute of Mental Health to study the brain development differences between youth with and without autism.

Inna Fishman and fellow SDSU psychology professor Ralph-Axel Müller will study the relationship between the two brain networks that are responsible for social behaviors such as emotion perception and communication. Previous autism research has focused on pointed areas of the brain, but Fishman aims to study the brain as a whole and examine how the interconnectivity of different neurological networks reflects autism development.

Fishman says that the networks within the brain are not so different from a network that we’re far more familiar with, such as a subway or trolley system.

“It’s the daily traffic that makes this one whole system,” Fishman says.  “You can never talk about just the Greenwich Village station, but it’s part of this bigger New York City subway network.”

Fishman’s research participants, 80 with autism and 80 without autism, will range from ages 7 to 17.

“If we see any changes with age, it could be potentially due to some treatment they’re receiving, so the wide age range is really important and significant in that sense, we’d be able to make some inferences,” Fishman says.  “Those are the things that the community is very interested in.”

To comprehend the functioning level of their brains, she will study their brain activity in the resting state using functional magnetic resonance imaging scanning.

“We basically put the kids in this big magnet that takes pictures of their brain and we ask them to lie down for six minutes,” Fishman says. “Really, magic happens in the scanner. It continuously records level of neural activity in the brain and that serves as a base for our calculations of network connectivity.”

With this information, Fishman will be able to identify patterns in the brain and see which networks change at the same time and in the same fashion, therefore displaying signs of connectivity.  People suffering from autism usually display poor social skills such as misinterpretation of feelings, intentions and actions.  This is because of atypical behavior in the two specific brain networks. Much like any muscle, the brain has the ability to change and develop as a result of different activities.  Because of this, simple exercises can strengthen those networks. For example, practicing smiling at all those who smile at you has the potential to build up the normally lacking social area of the brain.

Fishman hopes that at the end of the four-year research project she will be able to draw conclusions about the effectiveness of current autism rehabilitation and at which ages it is most helpful.

“There are so many of those kids, and their parents are such a big lobby, politically, but also on a social level, they really want to help those kids out,” Fishman says.  “Any of those things that we can translate into interventions and treatments would be fantastic.”