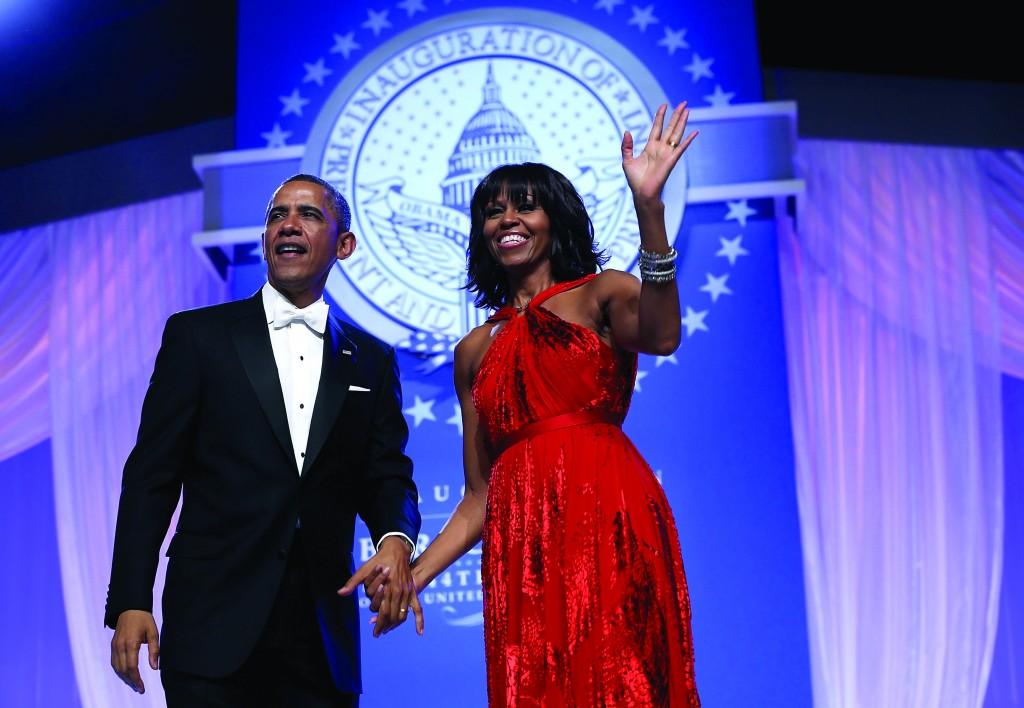 The National Mall was filled with an ethnically diverse crowd on Monday to watch the second swearing-in ceremony of the first African-American United States president.

President Barack Obama stood in front of a crowd only half as large as the one four years ago. This year, shoulder and breathing space was available in the mall, compared to the estimated 1.8 million spectators who attended Obama’s first inauguration.

Jumbotrons, Kelly Clarkson and Beyoncé maintained the excitement before Obama was sworn into office. A Washington, D.C. official handed out free American flags to observers, who viciously shook them in the air at any opportunity they could. The excitement grew even bigger.

Even though his crowd was smaller this year, as soon as Obama approached the podium, the entire mall grew silent. His speech, both memorized and passionate, touched on some of the biggest issues Americans are facing today.

Obama is the first president to ever use the word “gay” in an inaugural address.

“Our journey is not complete until our gay brothers and sisters are treated like anyone else under the law,” Obama said.

He took advantage of the millions of viewers watching his speech to support marriage equality. When this statement was said, a few spectators looked around the crowd in an uncomfortable manner, but a few seconds after, it was met with cheering and more flag-waving.

Obama also embraced this time to speak of his outlook on immigration. A group of high school students traveled from Saudi Arabia to watch the inauguration and were quickly in awe as the 44th president spoke of his hopes for the future of immigration.

“Even though I’m not from America, I feel united today,” 16-year-old Fatim Amir said.

Young Amir stressed that she one day hopes to live in America, and Obama’s words gave her hope.

“Our journey is not complete until we find a better way to welcome the striving, hopeful immigrants who still see America as a land of opportunity,” Obama said, followed by roaring applause.

Obama was not hesitant to address the current, forlorn climate conditions. He stressed the importance of sustainable energy in order to secure a safe and enjoyable world for future generations.

During his speech, there were instances when Obama would pause, appearing to wait for an applause that never came.

The crowd cheered more loudly for Beyoncé after she concluded the last line of the national anthem than during Obama’s speech.

Nonetheless, as people chanted “Obama, Obama, Obama,” the feeling in the air was one of empowerment.  The speech emphasized how this nation was not shaped by one president but by all the founding fathers in the past, and now it’s up to us as individuals to make a difference.

People from around the world came to attend this historical day. Many of them braved the cold, wearing thick gloves, scarves and hats. Hundreds of vendors sold Obama pins, T-shirts and calendars. Although the entire ceremony had ended within two hours, sacrifices were made by those who attended.

America is fortunate to transition from leader and political party without revolt. Although disagreements are inevitable within political parties, at the end of the day, democracy holds the U.S. together.

As the 57th inauguration came to an end, and Obama officially began his second term, America welcomed him as president.