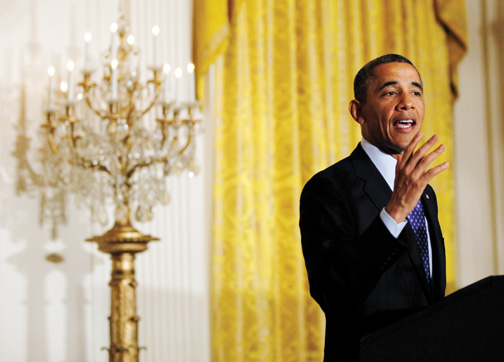 Researchers have recently moved one step closer to understanding the intricacies of the human body.

Brain Research through Advancing Innovative Neurotechnologies, also referred to as the Brain Activity Map, is sponsored by the Obama administration for $100 million. BRAIN will provide scientists a better idea of how to create new treatments for diseases ranging from Alzheimer’s, epilepsy and autism to traumatic brain injury.

The 2014 project will be based off the framework of the Human Genome Project. According to a White House press release, the National Institutes of Health, the Defense Research Projects Agency and the National Science Foundation will provide funding.

The New York Times explains this project will develop technologies to document the interactions between nerve cells and the complex network of circuits at the root of human thought, behavior and function.

In an interview with NPR, National Institutes of Health Director Dr. Francis Collins said the new research agenda will ensure “that we have clearly laid out a plan that puts things in the right order, and to speed up the process of actually getting insights that are going to change our understanding of autism, epilepsy, Parkinson’s and so on.”

Collins also said the $100 million allocated for this project next year only accounts for a mere 1 percent of all neuroscience research. This first year will consist of laying the groundwork and observing how interacting neurons and brain cells affect behavior—first on static models and then tackling the human brain.

This initiative has shown implications for San Diego County.  According to KPBS, the Salk Institute  for Biological Studies is investing $28 million to help start the initiative.

Although neuroscience is a relatively new field, Salk neuroscientist Terry Sejnowski said this is the time for a project like this.

“The technology is much better,” Sejnowski told KPBS. “There are resources we didn’t have before.”

University of California, San Diego’s very own Ralph Greenspan, who currently serves as one of the initiative’s leaders was also in attendance at the White House announcement regarding the BRAIN Initiative last Tuesday. UCSD scientists and researchers will also help advance the efforts of this vast project.

U-T San Diego reported the BRAIN Initiative, which is estimated to cost more than $1 billion throughout the next decade, requires new mapping tools created by neuroscientists and nano-engineers. These scientists supported by research centers such as The Mesa Biotech along North Torrey Pines Road, including the Salk Institute and UCSD.

This project will create a relationship between the government and the private sector that will enable the discovery of the interworking of the brain and serve as a starting point for finding new treatments.