“Sideways” is irreverent and clever 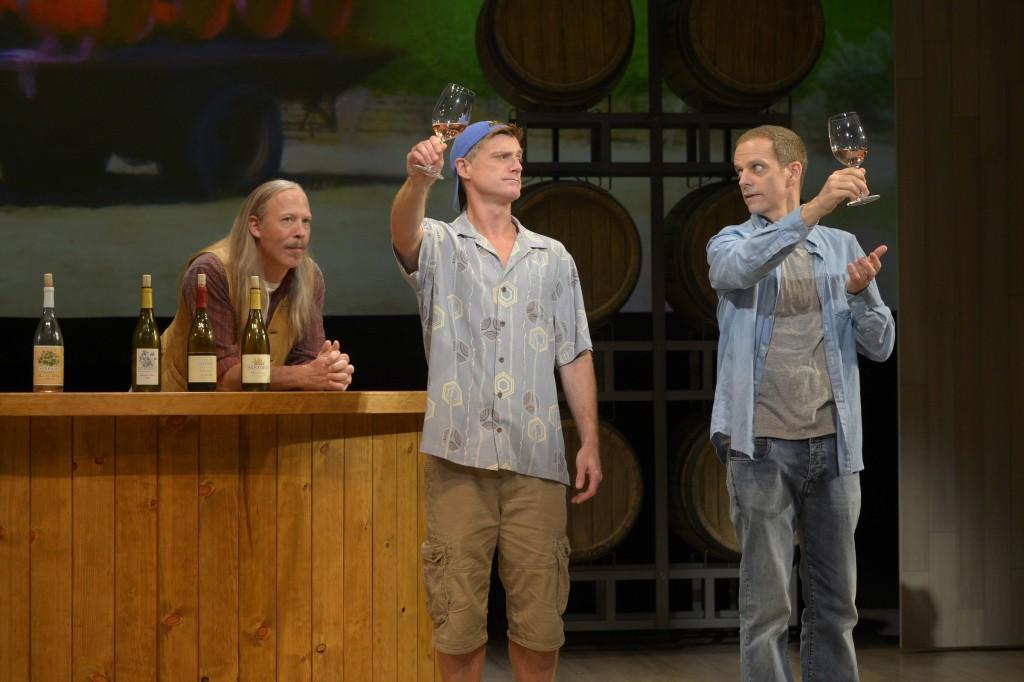 Stage adaptations of popular stories such as movies and novels are a tricky business. While there have been many unique interpretations that retain the essence of the original source material, there are plenty that do not do justice to the classic story(ies) that inspired it. I’m looking at you “Spider-Man: Turn Off the Dark.” Thankfully, writer Rex Pickett and director Des McAnuff’s new adaptation of the book, “Sideways” keeps the edginess of the acclaimed comedy drama.

Miles (Patrick Breen) is a failed author and fancies himself a wine connoisseur. His close friend, Jack (Sean Allan Krill) is about to get married, but clearly has commitment issues. The two of them decide to go on a California road trip to visit wine country in the Santa Ynez Valley. Their low-key trip gets more complicated after they meet up with Maya (Nadia Bowers) and Terra (Zoe Chao), two women who love alcohol as much as they do.

One of the smartest decisions about the script is that Rex Pickett wrote it based on his novel. Pickett’s unique voice is kept intact and successfully alternates between two kinds of humor.

On the one hand, Pickett’s writing is consistently snappy with highbrow dialogue and insightful observations. A lot of this kind of wordplay is given to Miles and Maya, who are the most intelligent characters in “Sideways.”

On the other hand, Pickett includes a lot of irreverent profanity, which mostly comes out of Jack’s mouth. At times, the audience might find themselves surprised by how hysterically tasteless many of the jokes are.

McAnuff, the former artistic director of the La Jolla Playhouse, does include his signature style that he has brought in plenty of recent musicals such as “Jesus Christ Superstar” and “Yoshimi Battles the Pink Robots.” Similar to those shows, McAnuff includes projections, quick pacing and unique scene changes to make “Sideways” more of a cinematic experience than a conventional play. Even the music from composer Michael Roth sounds like a film score, with melodies consistently playing throughout Miles and Jack’s many misadventures.

“Sideways” also represents McAnuff’s most grounded work in a couple of years. It is refreshing to see McAnuff take a break from spectacle, and be in charge of a realistic and down to earth production.

Breen showcases Miles’s neurosis and self-indulgent attitude with aplomb. If he does sound a little bit like Paul Giamatti from the Academy Award nominated film version, Breen still provides a lot of complexity to make the role his own.

On paper, Jack is a lying scumbag who is disrespectful to his fiancée. However, Krill is so funny and at times vulnerable, that he ends up being unconventionally likeable.

A major issue that Pickett should retool is Terra’s personality. Chao is charming and plays the part as well as she can, but the tasting room manager comes across as more of a sensual object that a three dimensional person.

Uplifting and lively, “Sideways” is an irresistible tribute to male comradery and the mysteries of the human heart. You do not even have to like wine to appreciate this good-natured yarn.

Tickets and information about “Sideways” can be found at lajollaplayhouse.org.