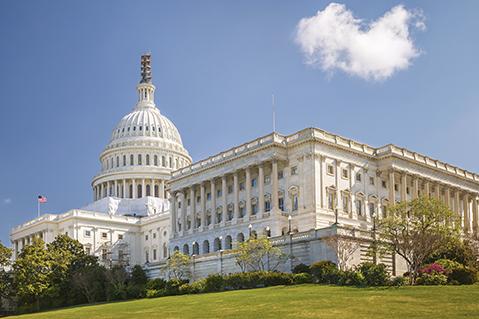 Undocumented-immigrant students may be provided a path to citizenship if the U.S. Senate’s comprehensive immigration reform bill, which includes the Dream Act (Development, Relief, and Education for Alien Minors Act) is approved by Congress—currently on August recess.

The Dream, which has become one part of a package deal encompasses immigration policy and border security and has a history of more than a decade in both chambers of Congress. Currently, a version of the Dream Act is included in the Senate’s immigration bill, which passed in June. If passed by Congress, the act will give young immigrants who arrived in the country as children and have met certain educational requirements, or served in the military, a faster trip to legal status and citizenship.

There are approximately 1.4 million undocumented immigrants in the U.S. who would qualify for the Dream Act either immediately or in the future—the majority being Mexicans who are living in states with large populations of undocumented immigrants, according to the Immigration Policy Center, a research and advocacy group.

“One of the problems that occasionally happens is that we easily collapse discussion around immigration, drug trafficking and terrorism as if they’re one and the same,” SDSU Department of Chicana and Chicano Studies assistant professor Roberto Hernandez said.

In reaching a compromise on immigration, the Senate has produced a bill that combines a pathway to amnesty for an estimated 11 million undocumented immigrants with measures that would significantly heighten border security. In part, it provides for a border surge that would roughly double the number of border patrol agents for a total of 38,405 by 2021 as well as 24/7 surveillance of the border by unmanned aerial drones.

Hernandez said security concerns are often erroneously projected onto the U.S.-Mexico border, thereby reshaping the debate and making it difficult to achieve meaningful inroads into the distinct areas of border security and immigration reform.

The Senate bill has not found adequate support in the Republican-dominated House, but House Republicans are working on their own plans for immigration reform that would likely become a series of bills.

However, attempts in the House led by House Majority Leader Eric Cantor (R-Va.) to get their own version of the Dream Act off the ground were met with resistance during a subcommittee hearing on July 23, according to the L.A. Times.  Some youths oppose the plan for being more restrictive than the Senate bill, only providing a pathway to citizenship for youths and not their parents.

Hernandez said young “Dreamers,” as proponents of the Dream Act are called, have an allegiance to their families and others who would not qualify with the act, which might make them reconsider their previous support for the legislation.

“There’s also been the movement of the 67 percent which is, by many estimates, the Dream Act would only affect 33 percent of immigrant youth in their situation,” Hernandez said.  “So what about that other 67 percent?”

“Even some of those that stand to be eligible for the Dream act …are also now saying, we don’t want any part of this, we do not want our lives, the possibility of us having a better life, to be built on the backs of our own brothers and sisters,” Hernandez said.

Some states have adopted variations of the Dream Act that make undocumented students eligible for in-state tuition fees and state and private financial aid. California’s latest Dream Act legislation went into effect Jan. 1. This made making college students who  have  attended and graduated from a public high school or received an equivalent degree and who file an affidavit eligible for state aid when filing for lawful immigration status.

At SDSU, 109 students were listed as beneficiaries of the California Dream Act for the spring semester, with majority of students, 95 to be exact, listing as Mexican citizens.

The California State University system estimates that of its students last year, 4,500 were qualified to use the California Dream Act, Media Relations Manager Erik Fallis said.

Although the number may include students who are U.S. citizens and attending California high school, many have temporarily left the state, Fallis said.