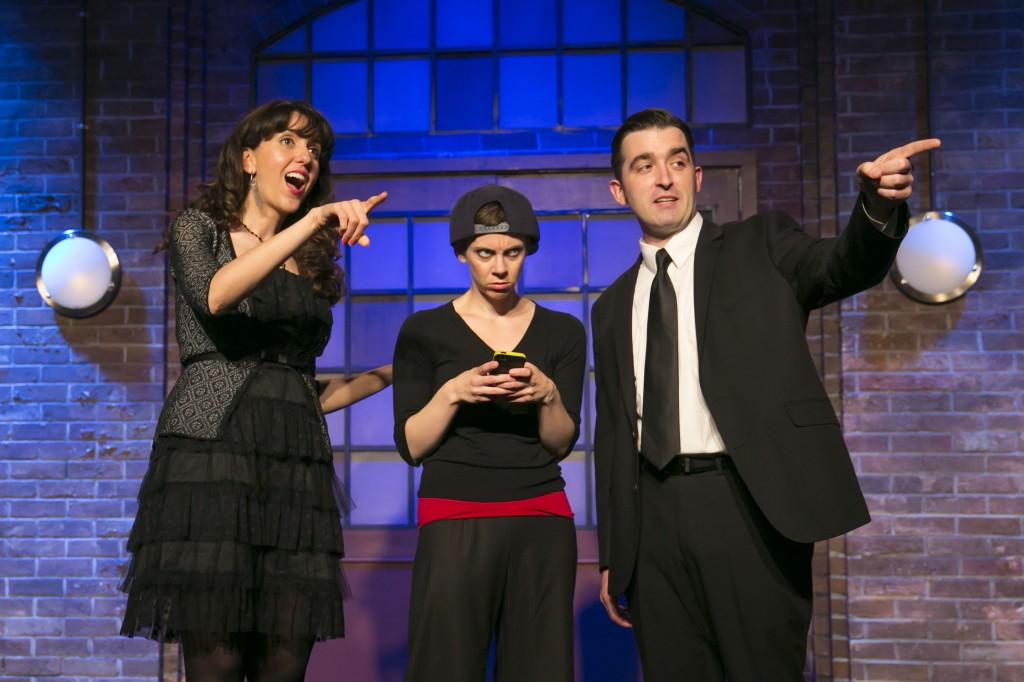 It’s always surreal seeing my hometown, San Diego, referenced in pop culture. Many films, television series and even songs have paid tribute to the beloved metropolis. Having said that, I never thought I would see an entire show poking fun of the home of Comic-Con, Balboa Park and Mayor Bob Filner.

“The Second City Presents: The Good, the Bad and the I-5” is a comedy play featuring members of the classic improv enterprise. The cast star in sketches spoofing San Diego and many well-known locations including Sea World, Rancho Santa Fe and during the night I saw it, San Diego State. Bet you didn’t see that last one coming, Aztecs.

“The Good, the Bad and the I-5” can easily be compared to an episode of “Saturday Night Live.” The sketches that hit are hysterically funny and deliver many big laughs. Everyone in the company including Frank Caeti, Marla Caceres, Kevin Sciretta, Andel Sudik and Travis Turner commit to each character they inhabit.

However, similar to “SNL,” not every scene works equally well. A couple of bits work better on paper, including one where an overprotective mother (Caceres) tries to convince her son (Turner) not to go to the University of California, Los Angeles. The result feels like a pale imitation of some of Barbara Streisand’s recent movies including “Meet the Fockers” and “The Guilt Trip.”

Admittedly, there are not too many duds and the second act, surprisingly, is virtually comprised of only enjoyable moments. This is because The Second City saved some of their best material for last, and the edgiest wisecracks are showcased in this half.

After the curtain call, audience members should stay in their seats to watch the ensemble participate in good old-fashioned improv. The epilogue does a solid job of showing why The Second City is so well respected, and gives you a taste of what it would be like to see a routine in Chicago.

At times, “The Good, the Bad and the I-5” can feel like the “Comedy Central Roast of Bob Filner.” There are so many jokes aimed at the infamous mayor that there is always the risk that so many Filner gags can seem redundant.

Fortunately, every Filner jab stings because of the timing of the performer Michael J. Fain. Fain portrays Filner as so slimy and comically despicable, he makes every twisted punch line work.

Improv performances really are not known for their accompanist, but music director Lisa McQueen stands out as a live pianist. Her witty original score adds to the hilarity on stage.

Director Billy Bungeroth keeps a steady pace throughout “The Good, the Bad and the I-5.” No narrative is too long and extended moments have plenty of big payoffs.

He also allows the company to interact with attendees. This occasionally includes getting a random spectator into the action.

Any San Diegan who appreciates both smart and lowbrow humor should check out The Second City’s homage to this beloved California “paradise.” Where else will you see an irreverent rap about the San Diego Zoo?

Tickets and information about “The Second City Presents: The Good, the Bad and the I-5” can be found at lajollaplayhouse.org.

ALSO READ:”Sideways” is irreverent and clever.