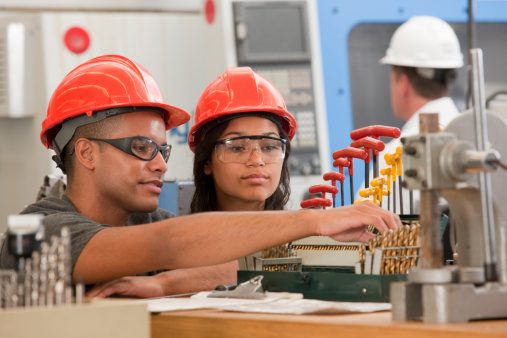 A new program launching this fall will send San Diego State students into the field conducting research in National City aiming to help it meet quality of life, environmental, health and sustainability goals.

More than 500 students and 12 faculty members are expected to participate in the program this fall, Director of the Community Engagement for Sustainable Cities program Jessica Barlow said. Students in disciplines ranging from civil engineering, public administration, geography, graphic design and audiology will participate through courses already offered at SDSU with research projects focused on the needs and concerns of National City, according to Barlow.

The program provides an opportunity for students to train in applied scenarios in their fields of study and obtain real-world experience.

“They now are actually working with real data, real problems, real projects that the city may or may not choose to adapt,” Barlow said.

For instance, graphic design students will design banners for specific neighborhoods and work on branding the visual look of several National City organizations, while audiology students will collect data on noise levels that may be put to use in the city’s efforts at noise mitigation, Barlow said.

SDSU wanted to partner with National City for the program’s first year because of its strong commitment to improving quality of life and sustainability goals, Barlow added.

They now are actually working with real data, real problems, real projects that the city may or may not choose to adapt.

“It’s an exclusively urban area, basically the boundaries are freeways,” Barlow said. “They’re facing a lot of the hardships that are associated with an inner city in that sense.”

Executive Director for the City Manager’s Office in National City Brad Raulston said by consolidating resources the city and university can leverage projects in lieu of traditional forms of funding.

“National City truly is a big city and a small city,” Raulston said. “We have a lot of the same issues San Diego would have or Chula Vista, or some of the bigger cities, in a footprint that is more manageable.”

Barlow said SDSU will partner with National City for one year with a plan to work together for a second year. After that the program’s coordinators intend to work with a different city each year.

Funding for the program’s administrative and course support costs, which includes transportation for students and supplies, comes from the partner city based on an agreement with the university, Barlow said.