Future for Electronic Arts looks grim with a glimmer of hope 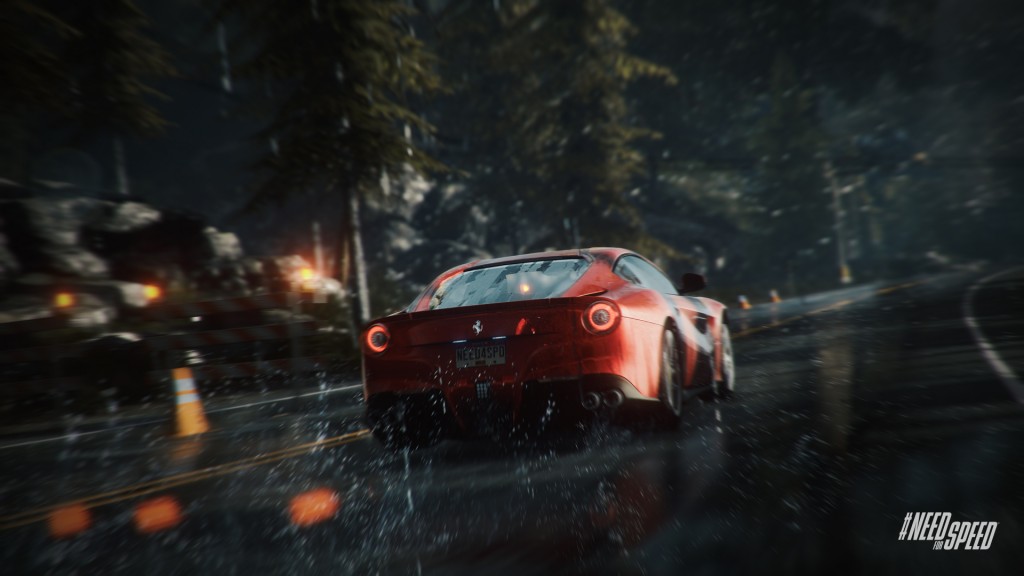 It must be nice work for Electronic Arts these days. Many developers want to be at the forefront of gaming, and right now EA has the money and the experience to do so. This past week it was host to Gamescom, the world’s largest gaming expo, overshadowing Electronic Entertainment Expo and Penny Arcade Expo.

Nobody knows this better than EA, who set out to reign supreme by bringing the most games and in-depth experiences. At the conference, the following games were shown: “The Sims 4,” “Command and Conquer,” “Dragon Age: Inquisition,” “Plants vs. Zombies: Garden Warfare,” “Peggle 2,”  “UFC,”  “Need for Speed: Rivals,” “Titanfall,” “FIFA 14” and “Battlefield 4.”

First things first: Here at Aztec Gaming we believe in unbiased and cutting-edge news in the world of video games. That being said, EA shouldn’t feel that spending nearly 30 minutes combined on “UFC” and “FIFA 14” is by any means rational and acceptable behavior. Yes, we all can see that the kits and player rosters have been updated, did you want a medal EA? Or a chest to pin it on? This is what I call “legacy syndrome.”

If you put out a yearly game, with the same features and an updated engine every now and then, you become convinced people will simply buy it repeatedly, until they are buried alive under their copies of “Madden.” Sports buffs will continually buy sports games because they love playing sports and can’t possibly be the only ones on the block without the latest and greatest.

But I digress. I’ll attempt to be more positive. EA certainly knows how to pander to the German crowd that was in attendance. After all, Gamescom is held in Germany.  Bringing out two well-known members of the “Command & Conquer” community, two members of the development team held a live match between the two, shouting at each other in an attempt to make “C&C” interesting again. While the game graphics looked good, living in the next generation of gaming means developers can’t use that as some sort of end-all, be-all trump card that overcomes all barriers.  To top it off, members of the crowd who were supporting the winners received complimentary beer and pretzels, because it’s a German conference and Germans must like those things, right EA?

The sequel syndrome was in full swing by the time the conference swung to “Peggle 2” and “Need for Speed: Rivals.” PopCap Games, the developer behind the hit “Peggle,” has decided to follow it up with a by the books sequel, featuring new maps, tactics, and oh yes you still have to somehow get that little ball into the right hole. “Need for Speed: Rivals” creators also understand the need to innovate in order to stay fresh in the industry. So for this year’s installment of “Need for Speed,” they opted to include an upgrade system into their driving game, making bonuses to be used while driving. Oh, and the police are still a threat so don’t get pulled over. I’m getting negative again, sorry.

Hey look everyone! It’s your favorite tower defense game with the cutest little sunflower ever just singing and smiling, only reimagined into a gritty third-person shooter. Prepare yourself for “Plants vs. Zombies: Garden Warfare,” the thrilling sequel to the original “Plants vs. Zombies.”

There was a bright glimmer of hope however, as “Titanfall” by Respawn Entertainment looked to be a smash hit for the new studio, started by two former employees who worked on creating the “Call of Duty: Modern Warfare” series. Giving players the opportunity to jump long distances and free run on walls already adds another layer of dimension that other first-person shooters simply don’t allow. When they add in the ability to call down giant robots called “Titans,” to fall from the sky and let the player get inside, the battles and explosions are that much more epic.  In addition, you can set your Titan to follow you, spewing out bullets and death, as well as allowing you to mount it on top, riding it similarly to a giant elephant, if the elephant was 20 tons of hard steel and carried a gun so big it made the robots from “Avatar” blush.

Rounding out the “Extinguish All Hope” conference sorry, Electronic Arts conference was the inevitable first-person shooter extravaganza. “Battlefield 4” was losing the dollars battle to its sworn enemies at Activision and the “Modern Warfare” series. In the last few years, the people behind the game have been making improvements including creating a new Frostbite engine and focusing on the plot. The story part wasn’t on display for its showcase, mostly just different shades of blue and orange in the form of flashing lights on the screen. I saw a lot of gunfire and heard lots of shouting, but I was lost by the time the show ended.

Short term, the future of gaming looks to be a fun-filled festival of new ideas and returning old ones. Long-term, I’d start looking for some new intellectual properties, EA.

Information about Electronic Arts can be found at ea.com.