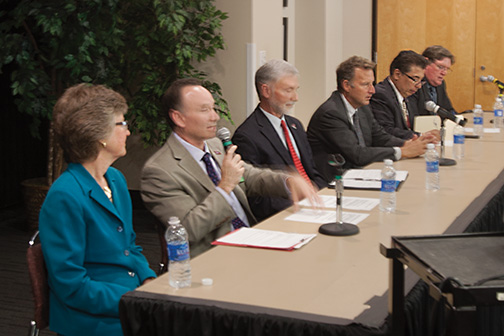 The fall semester marks the implementation of Associated Students’ government restructure, a plan more than two years in the making.

With the new government structure, students and representatives are waiting to see whether or not it will redress perceived inequalities in the old system and expedite decision-making procedures.

The government is greatly decentralized from the old structure, with responsibilities divided among the executive Board of Directors and three councils: Campus Life Council, University Council, and Judicial Affairs Council.

“It was thought that there was too much power centralized at the top,” A.S. Vice President of External Relations Javier Gomez said.

Gomez cited the inclusion of the judicial agency on the old A.S. Council and multiple representation of students as examples impeding the government’s functioning and resulting in unfairness.

The new Judicial Affairs Council is a separate entity and will oversee the other councils and ensure they follow correct procedure, reducing the likelihood of conflict of interest. Previously, members of the judicial committee may have felt timid about correcting their fellow colleagues on council, Gomez explained.

With the dissolution of a single A.S. council, Greek and cultural groups lost the independent dedicated voting power they previously had.

Cultural groups are now collected as the Student Diversity Commission placed in the Campus Life Council, with representation on the commission given to every recognized student cultural organization.

Cultural organizations each used to possess one vote on A.S. Council, while now they are all represented on the Campus Life Council by two members: one commissioner chosen by each commission, and one commissioner representative elected by the student body.

Throughout restructuring talks in the past two years, some cultural organizations, including Movimiento Estudiantil Chicano de Aztlan, Andres Bonifacio Samahan and members of the Residence Hall Association opposed the change.

“A lot of people were concerned that a lot of these cultural organizations are going to lose their voice on council,” Gray said. “Basically, time will tell in the near future what will happen.”

Gomez, a member of Phi Gamma Delta, said Greek organizations were agreeable to the restructure.

“There’s many students who aren’t Greek who don’t have that representation,” Gomez said.

Gomez said that the breaking up of A.S. into separate councils prevents individual students from accumulating multiple votes through their many capacities as leaders of their colleges, cultural organizations, and fraternities or sororities.

A.S. is currently recruiting students for appointed positions on its councils, commissions and boards.

The A.S. Board of Directors and councils had their orientation meeting on Aug. 26, with an address by San Diego State President Elliot Hirshman and speeches from the President’s Cabinet.

Hirshman acknowledged tensions between student government and university administration in the past, but said that the university’s focus remains on shared governance.

Hirshman outlined three initiatives of the university: creating transformational experiences for students, tying the large university together through targeted supportive communities, and integrating the diverse elements of the university.